Do you love to play popular GameCube or Wii games but don’t own a Wii or GameCube console? If yes, then you can try installing and setting up the Dolphin Emulator for your PC. Although there are numerous emulators available on the market, it’s no doubt that the Dolphin Emulator is the most popular program to help you play console games.

What Is an Emulator

An emulator is a program that enables one computer system to imitate or emulate the functions of another computer system. It enables the host computer to launch peripheral devices, software, and other components developed for the guest computer. Emulators have different types, emulating things such as CPU, operating systems, software, hardware, and applications. It commonly imitates the hardware component or architecture of the guest system.

Nowadays, the term emulator is generally used in the concept of video games. Emulators for video games became well-known during the 1900s. They let people play games for consoles like the Atari 2600 and Nintendo Entertainment System on modern PCs. With the trend of tablets and smartphones, emulators compatible with Android or iOS on computers have become popular.

You can download the latest version of the Dolphin Emulator from the downloads section of Dolphin’s official site. You will need a fast processor that is compatible with the SSE2. However, the more cores, the more optimized your system performance will be. Also, you will need a graphics card that supports Pixel Shader 2.0 or higher to successfully download and install the Dolphin Emulator.

There are two versions for the Windows operating system. If you are not sure about your PC’s version, you may verify your computer’s system properties. Dolphin Emulator isn’t compatible with 32-bit operating systems. For Mac users, there are available macOS and Mac OS X installer versions.

You can download Dolphin Emulator installers for Windows and Mac in three major versions. These are Beta Versions, Development Versions, and Stable Versions. The stable versions get deployed after numerous phases of testing. They release these less often; thus, they are generally outdated and lack new features. The Development versions get updated in real-time, whenever the developer makes changes.

With the Development version, you get the latest and greatest updates and features. Unlike the Stable version, they are less tested; therefore, you might encounter minimal glitches that are quickly addressed by developers. On the other hand, the Beta versions are deployed monthly together with a Progress Report.

All versions are packed with 7zip; however, numerous archive managers will extract the package files such as WinRAR.

How to Install the Dolphin Emulator

If you’re wondering which of the three versions is ideal, we recommend the Development version. Since it is often updated, you can get the latest features and enhancements of the Dolphin Emulator. In this guide, we will use the Development version as a baseline. However, if you want to use other versions, the process is pretty much the same.

How to Use the Dolphin Emulator

We recommend placing all your ISOs/ROMs in a separate folder that you can easily locate. For instance, you may create a folder named “Wii and GameCube Games” inside the same folder where you saved your packaged files. To start playing Wii games and/or GameCube games with the Dolphin Emulator, perform these steps:

You can also make customizations for each game. For instance, you can enable cheats for a specific game through these steps:

As a best practice, you should check your favorite Wii games and GameCube games if they are compatible with the Dolphin Emulator. That said, you don’t want to waste time and effort in downloading and installing a game that isn’t compatible with the emulator in the first place. There are two ways to check your games’ compatibility with Dolphin such as the following:

Each game’s Wiki page will provide you with all the details you need to know on compatibility issues with Dolphin Emulator. It also includes links to enhancements, widescreen codes, and other essential information. You can use these pieces of information to ensure your games are compatible with Dolphin.

If you own a high-end gaming PC, you can launch Wii games and GameCube games at their default speeds. If you want to customize the display/graphic settings, you can access Graphics on the Dolphin Emulator main panel.

Under General, you can also tweak the following settings:

Other custom settings under Enhancements include the following:

Unless you have the technical expertise and/or a developer, most configurations here are better left alone. On the other hand, you can activate the “Prefetch Custom Textures” and “Load Custom Textures” if you will be requiring them. The “Enable Progressive Scan” setting is safe to activate but won’t have any impact on most games.

The Dolphin Emulator for Android is still in beta version and requires Android devices with versions 5.0 or higher. If you own a powerful tablet, you can comfortably play GameCube games using a real controller or touchscreen overlay. On the contrary, playing Wii games are quite challenging since there is a current lack of motion control support.

How to Speed Up the Dolphin Emulator

As a video game emulator, Dolphin will definitely impact the performance of your computer versus the original Wii and GameCube hardware. The good news is that these outdated game consoles and new computer hardware are more powerful and efficient than ever. Specific Wii games and/or GameCube games can generally run at full speed without disruptions.

You can configure most of the speed enhancements and tune-up of the Dolphin Emulator on the Graphics tab.

You can reduce the display resolution easily since it is one of the most common methods to speed up a GameCube game or Wii game emulated in the Dolphin Emulator. In the General tab, disable the V-Sync feature under the Display section. For Basic, you can use the default setting for the Adapter.

The Aspect Ratio is significantly important since most Wii games can display in Widescreen 16:9 while most GameCube games default to 4:3. That said, you may switch the Aspect Ratio depending on which console games you are trying to play at the moment. Activate the “Use Fullscreen” feature to display games like on TV.

Disable the Anti-Aliasing feature under this tab. If your PC doesn’t have a discrete graphics card, set the Internal Resolution to either “Auto” or “Native.” Select the “Disable Fog” if you can’t see in-game objects at long ranges.

This section is basically for configuring the settings based on the performance of each game. You will only use it if a specific game encounters any errors or bugs. You can refer to the Dolphin Emulator Wiki for troubleshooting or tweaking guides.

As mentioned, this tab is only ideal for users who have the technical expertise and want to play around the custom settings.

Are you ready to take on a nostalgic ride by playing gold Wii and/or GameCube games such as the Smash Brothers? Go ahead and use this guide as your reference for everything there is to know about the Dolphin Emulator as your first video game emulator. 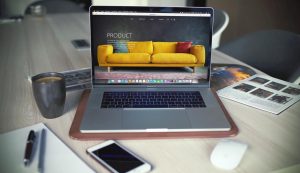 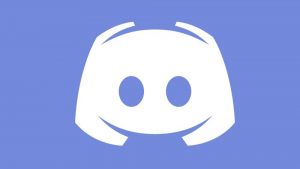 Is Alexa Always Listening? Here’s How to Stop It