Minecraft skins are one of, if not the most popular mods available for players to use. By simply downloading your Minecraft skin of choice, you can transform your character to look like anything you want. Patrol the Minecraft universe as Superman or be instantly recognizable as a famous actor or music artist. With Minecraft skins, you can literally be whoever you want to be.

Before we jump into the colorful and character-driven world of Minecraft skins, it is important to note a couple of things. First, in the world of Minecraft, skins can refer to two types of mods. There are Character Skins, and then there are World Skins. As the terms imply, Character Skins let you change your player’s look, and World Skins let you alter the appearance of the world around you. For this article, we will be concentrating on the 20 Minecraft Skins to have in 2020 for your character.

If you want to learn how to download and install Minecraft mods, check out our “Guide to Downloading and Installing Minecraft Mods” here.

What are Minecraft Skins? 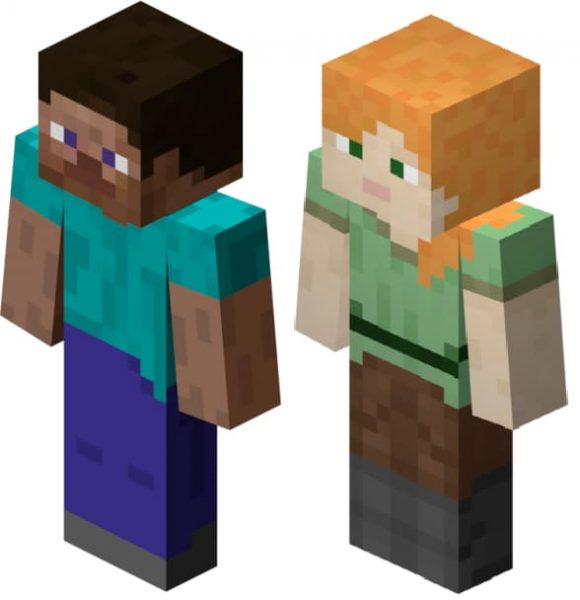 In layman terms, a Minecraft skin is an image that alters the way your gaming character looks. Imagine your original character, Steve or Alex, doing a complete makeover to look like famous movie stars. Or they put on a Spiderman costume like at Halloween. It’s like that, changing their appearance to look like someone else.

Why would you want to look like someone else?

Isn’t it obvious? We all dream of being someone we’re not, and that’s why many of us play video games. The idea of escaping into a make-believe world where we can be the superhero is appealing to many people. With Minecraft Skins, not only do we enter a world where we are the main protagonist, we can look like the hero we have always imagined ourselves to be. Captain America anyone?

Time to get dressed up

There are no fixed categories when it comes to skins. Designers create their favorite characters and share them online. These characters can vary from movie stars, superheroes, famous people in history, and even popular monsters.

However, many characters are designed in a set or come in a group. A good example of this would be Spiderman. When designers created the Spiderman skin, they also designed other characters from the Spiderman franchise, including villains. This meant that you could play as Spiderman, Killer Croc, or even the Goblin. So, in no particular order or category, here are the 20 Minecraft Skins you should have in 2020.

“Avengers, assemble!” We begin our journey of discovery with the characters from the most popular movie series in recent years. The Avengers have been around for decades, but the introduction of the Marvel Cinematic Universe (MCU) made every character a house-hold name. There are other superhero skins available, but due to the popularity of the Infinity War movies, the Avengers are trending.

Who would have envisioned that the world-ending, finger-snapping supervillain could be so adorable? Thanos even has the Infinity Gauntlet with matching Infinity Stones. There will be no finger-snapping here, but explore the Minecraft universe as the most bad-ass antagonist the MCU has ever seen.

Photo: @minecraftskins.net
“I am Iron Man!” When you sacrifice your own life to defeat Thanos and save the universe, everyone will want to be you. Iron Man holds a special place in many of our hearts because he kick-started the whole MCU. Plus, who wouldn’t want to be a billionaire, playboy, philanthropist? Thank you, Iron Man, we love you 3000!

Unfortunately, you cannot play as Bruce Banner and then transform yourself into the Hulk when you get angry. One of the most iconic characters in all of MCU, not because he is big and green, the Hulk loves to smash things. There might not be as much smashing as you may like but exploring as a green superhero is fun. 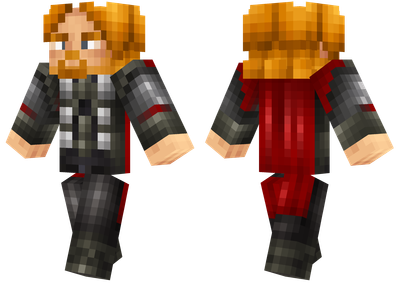 The God of Thunder and Lightning has become a firm fan favorite, especially among females. Tall, handsome, and full of muscles, it comes as no surprise why girls fall for Thor. This skin’s detail showcases the long hair and red cape in all of Thor’s glory. Who knows, you might pick up a few female fans while using this superhero skin.

There appears to be a common stereotype that popular things are usually cute, and that seems to be the case here. Cute girls are popular, and cute or good-looking boys are popular as well. Then it comes as no surprise that cute Minecraft skins are all the rage amongst players as well. 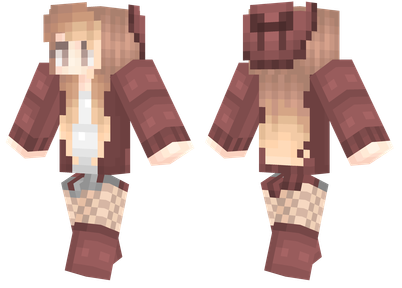 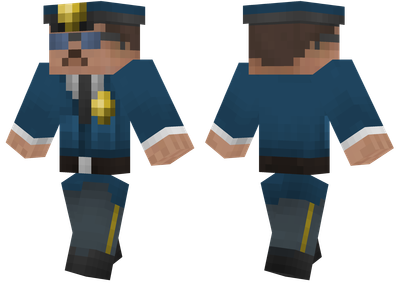 A rather common and more unusual choice for cute skins, the Police Officer is subtle yet endearing. A quirky little skin mod, it lets you feel like either following the law or breaking it. Have fun with the Police Officer’s skin because everyone loves a man in uniform. 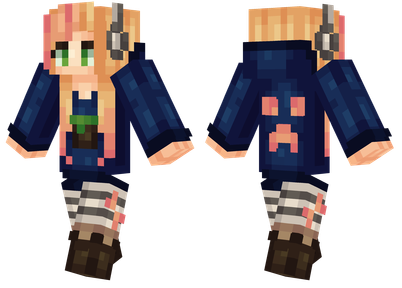 The one skin every gamer has been waiting for, the ever sought after, and rarely seen, Gamer Girl. It’s no secret that the majority of gamers are of the male species, but every now and again, there is a rare sighting of a female. This extremely cute skin allows us to imagine what our perfect Gamer Girl would look like, and we love it! 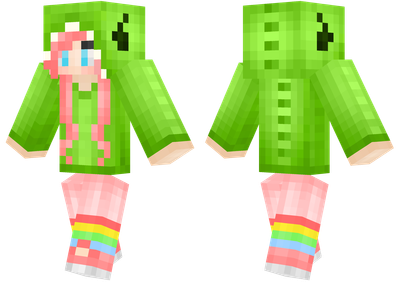 What do male gamers want more than a Gamer Girl? We want a girl who enjoys dressing up in costumes. Introducing the Dino Girl, a vibrant skin mod that has a girl dressed up in a dinosaur onesie. Can this get any cuter? I do not think so, and I’ll take this Dino Girl skin any day of the week over Steve and Alex.

Steve and Alex are the original and default characters that you choose between when you begin playing Minecraft. They are excellent characters to play with, and even without mods, Steve and Alex will guarantee you hours of fun. But who wouldn’t want to play as a famous person? If I could be Dwayne “The Rock” Johnson, I would! So, here are the most popular skins for Famous People.

Korean superstar, Psy, is no stranger to any of us. It doesn’t matter if you are not a fan of K-POP or if you even understand the language, when “Gangnam Style” starts playing, you will be dancing. The first music video on YouTube to hit 1 Billion views, everyone knows who Psy is. So why not dance your way through your Minecraft adventures as the Korean superstar. 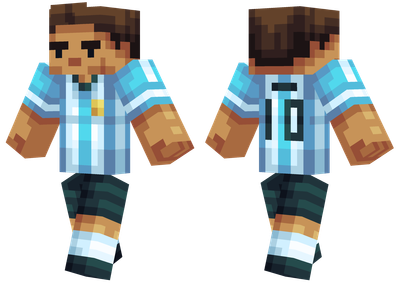 Regarded by many as one of the greatest players who ever lived, Lionel Messi is without a doubt the greatest player on the planet right now. With an unprecedented 6 Ballon d’Or trophies to his name, the Argentinian maestro is who every aspiring footballer wants to be. Now, you too can be Messi, even if you’ve never kicked a football in your life. Get your game face on and dribble your way through the Minecraft universe. 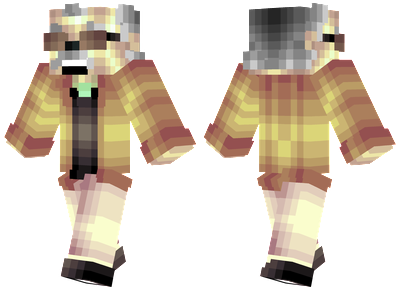 If you are a fan of the MCU, then this man needs no introduction. Stan Lee was the comic book writer who created all the characters in the MCU, plus he made cameo appearances in almost all of the Marvel movies. Create your very own world or silently stand on the side and watch the adventure unfold in front of you.

Similarly to superheroes, famous characters from film and tv are all the rage when it comes to skin mods. Thanks to advances in technology and game updates, creators can edit, and improve on skins to make them more realistic. Here are some of the in-demand skins in 2020. 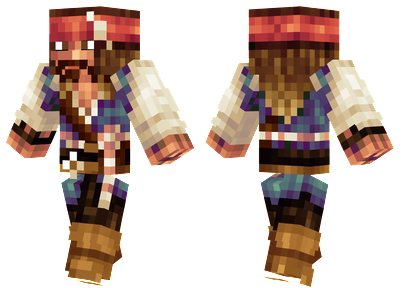 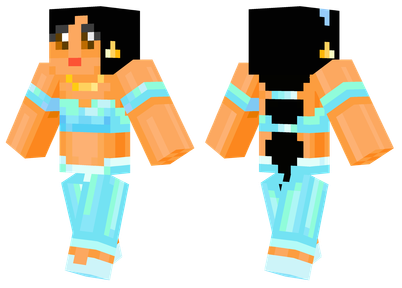 Disney’s Aladdin got a remake recently, and it has pushed the popularity of Princess Jasmine way up. One of the many Princesses in the Disney Kingdom, jump on the flying carpet and go see the world. 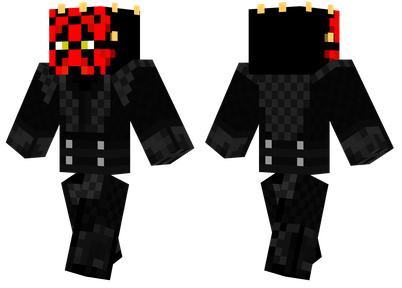 Another Disney staple, Star Wars has given us so many beloved characters for decades. However, it is the bo-staff styled lightsabre wielding Sith that gets picked the most. Darth Maul is one of the more popular villains in Star Wars, and even though his role was “cut short”, fans still love him. Use this skin mod, and may you feel the power of the dark side.

Video game crossovers are all the hype these days. Many game titles are joining forces with other games so that you can enjoy playing your favorite games with characters from different games. This is one of the main reasons why video game skins are so popular. You get to roam the Minecraft world as your preferred character. Mario, Masterchief, Link and so many other famous characters are available as skin mods in Minecraft. Here is a couple of 2020’s best. 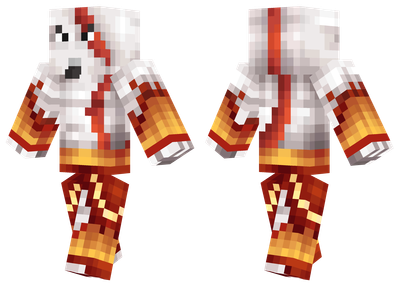 It is always handy to be the destroyer of worlds when you are exploring a new world. You might not have the strength or warrior attributes of Kratos, but war paint on your face will always drive fear into the bad guys. 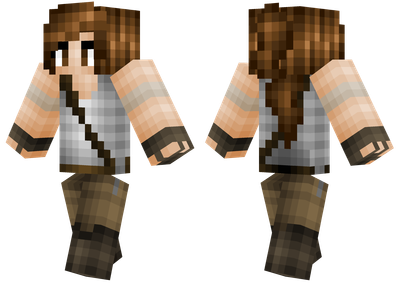 Lara Croft is one of the most idolized characters in video game history. This fearless female warrior has come a long way since her initial triangular body shape to the curvaceous babe she is today. The envy of every gamer geek, set hearts racing as you move around the Minecraft world in your Lara Croft skin.

Do we need another excuse to parade around in cute animal outfits? I don’t think so. Cute animal plush toys, cartoon creatures, and adorable fuzzy outfits have entertained children and adults for years. That is why when designers started creating cute animal skins for Minecraft, it instantly became a huge hit. Let your inner teddy bear run free. 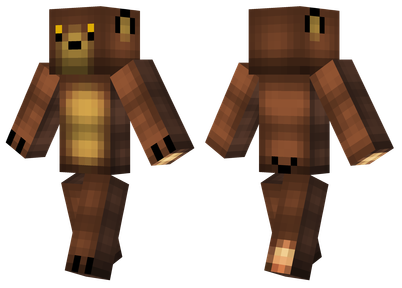 Cute and fuzzy, the Bear has been a staple during our childhood. Whether we had one that we hugged to sleep or a superhero bear that helped us beat the bad guys, we all had a stuffed toy bear. You can now be the cutest little thing on two legs with this bearskin mod. 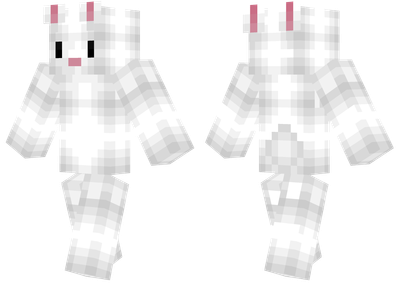 There are bunnies, and then there are BUNNIES. This white ball of fur reminds us of the Easter Bunny. Designed to appear harmless, the Bunny gives your enemies a false sense of security before you attack. If you encounter this little critter, don’t let its cute face fool you. Be on your guard at all times. 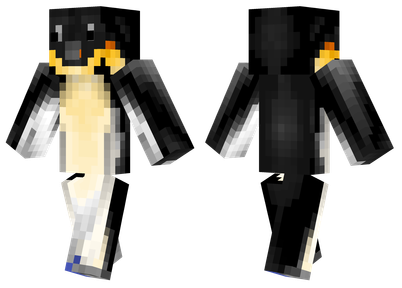 Hailing from the South Pole, this flightless bird will have you soaring on a cloud of cuteness before you know it. Be warned though, a human-sized Penguin wandering around is not normal. Cute as this chilly aquatic animal maybe, like the Bunny, be wary of its motives. 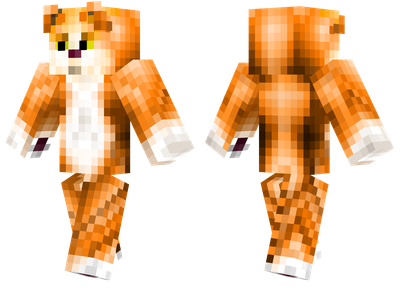 Meow! Cat videos, vines, Instagram Stories, and Snapchats are the biggest things online today. Many of us spend hours watching cute cat videos on YouTube and Facebook, and there are countless pages devoted to these feline creatures. Join in the fun with this cute Tabby Cat and have a purr-fect time playing Minecraft.

Minecraft mods are fun, and it doesn’t get any better than Minecraft skins. We’re all unique, and we definitely do not want to look like everyone else in the game. That is why Minecraft skins are so popular with players. If you are a Minecraft player, but you have not tried out any skin mods before, it’s time you do so. There are thousands of skins available at Minecraftskins.net and CurseForge for you to try. If you are unsure of how to apply these mods to your game, check out our “Guide to Downloading in Installing Minecraft Mods” here. Have fun!

Is Outriders A Game You Should Be Excited For? (Preview)

Valheim Early Access Review: Should You Try It Out

Psychonauts 2: What We Know So Far