Skip to content
GAMINGgaming
GAMING HOW TO Old Consoles
GAMING

Game emulation has come a long way from emulating game consoles like GameBoy and PSP. Emulators help preserve video games of yesteryears, giving young-at-hearts a chance to play them even when said consoles are no longer around. One of these is Citra Emulator for the Nintendo 3DS.

The Citra Emulator is the first emulator for the 3DS released in 2014. Since then, it’s gone through quality-of-life changes, improving its compatibility with more games.

What Is Citra Emulator?

Citra is computer software that imitates how the Nintendo 3DS works. It allows people to play 3DS games through their PCs as if they are playing on an actual console. Aside from emulating gameplay on 3DS, Citra went further to emulate sounds, giving people a complete experience of the 3DS console even without owning one. The developers of Citra are also the team behind Yuzu, the Nintendo Switch emulator.

Citra Emulator cannot play all the games on 3DS yet. Some of them are still in the trial phase and still have kinks to be removed. However, here are some of the 3DS games that you can seamlessly play on Citra. 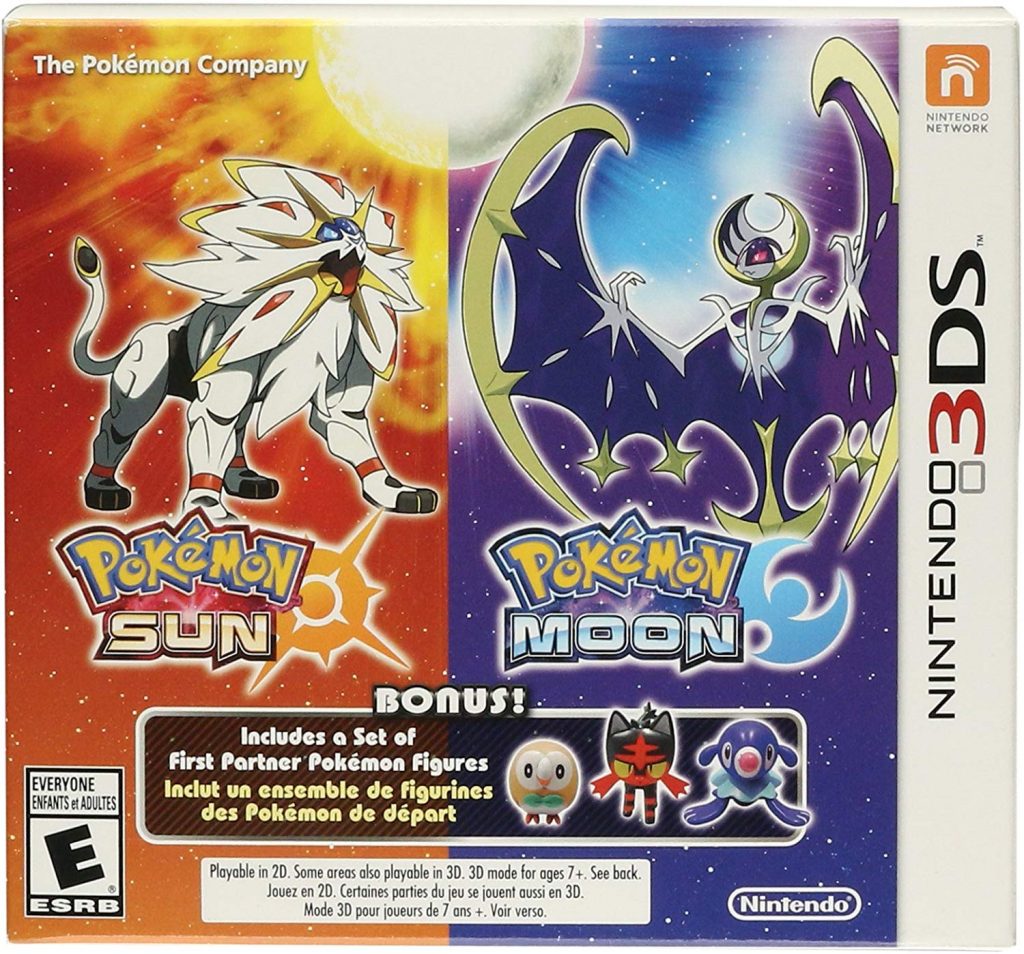 Pokémon Sun and Pokémon Moon are two of the most popular Pokémon franchises. The Citra Emulator was able to boot Sun and Moon on December 30, 2015, but was only able to really play the other games in December 2018. A full three years after Sun and Moon were bootable on the emulator.

There are times that the frame rate slows down a bit. This is partly due to compatibility issues or the hardware on your computer isn’t up to snuff. But most of the important features are working properly and are playable.

Check Pokémon Sun and Pokémon Moon out on Amazon. 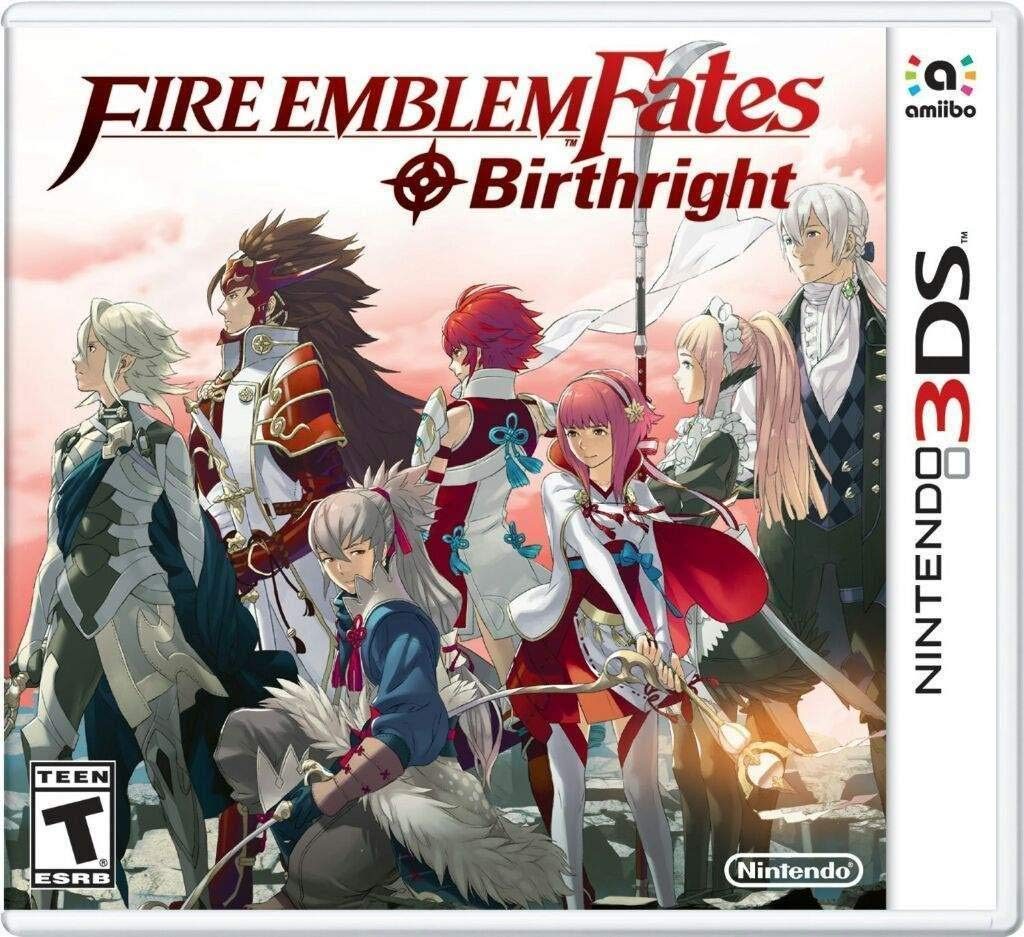 Fire Emblem Fates is another Nintendo game series beloved by fans all over. The series has great gameplay and decent playtime, making it one of the best strategy games out there. (It’s also a glorified dating sim. Don’t judge—it’s a great game series.)

The games play pretty well on Citra and are some of the most recommended games for the emulator.

Legend of Zelda: Ocarina of Time 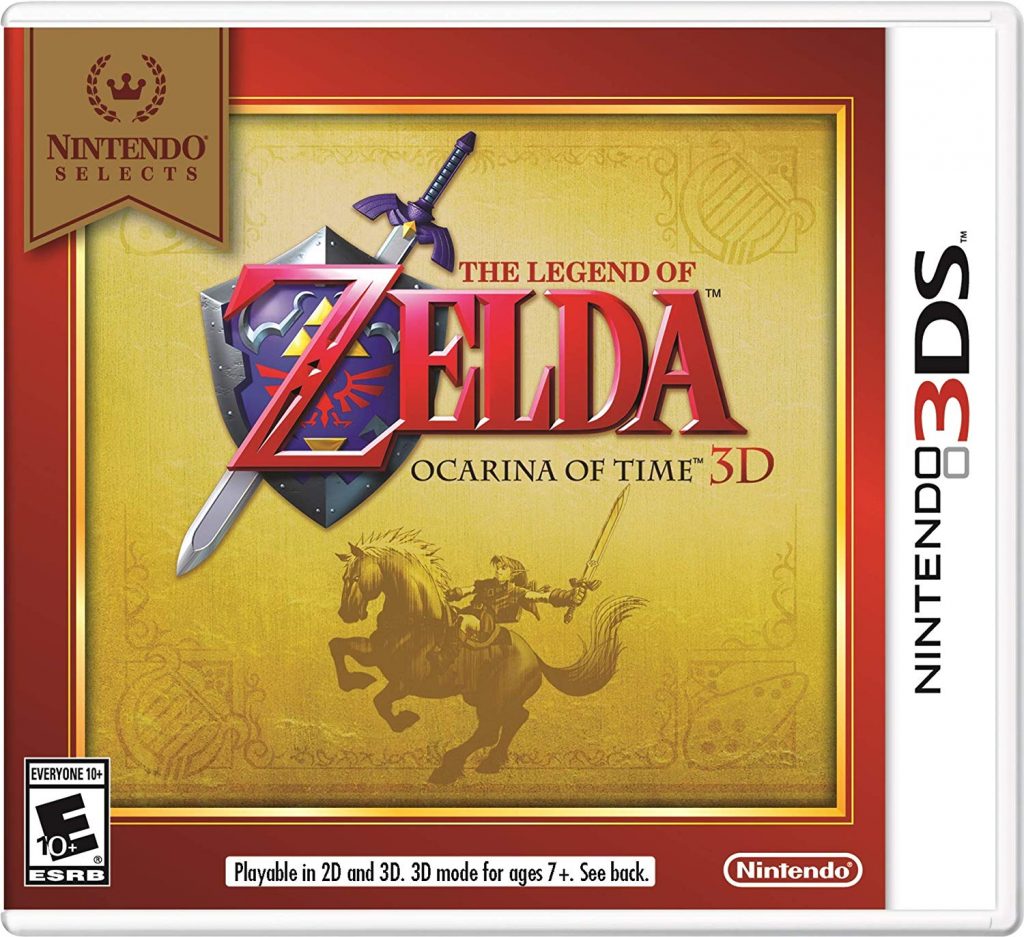 Ocarina of Time is one of the classic Legend of Zelda games that you should play at least once. You’ll get great storytelling, awesome gameplay, and all-around good times while playing. All in all, a great game.

Luckily, Citra can emulate this game reasonably well with only a few visual glitches. Other than that, the game runs smoothly and without any hiccups. Ocarina of Time is a good download for those who want to experience Zelda for the first time or to ramp up nostalgia. 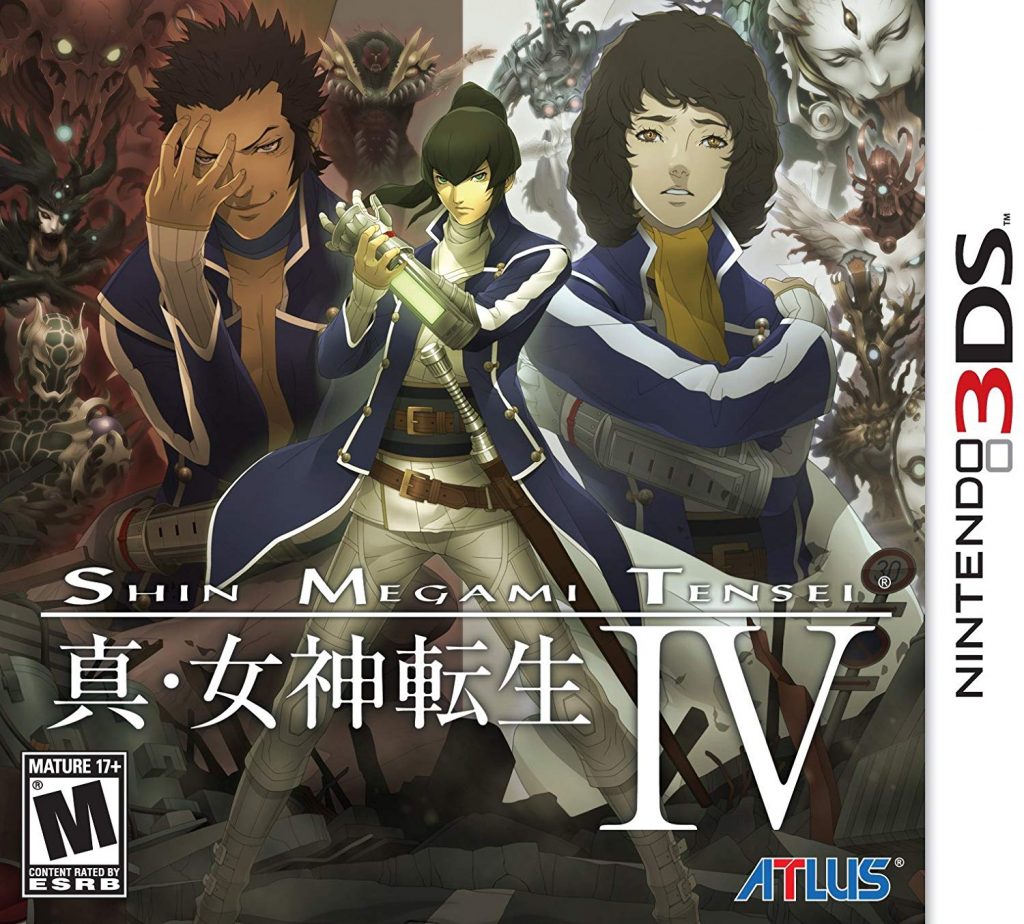 The Shin Megami Tensei series is always behind Persona when it comes to popularity even if they’re practically the same. But they’re still a quality game made by Atlus, which goes to show that the classics still hang. In terms of it playing on Citra, the game still has some minor glitches that might affect the experience. But usually, you can play the game reasonably well. 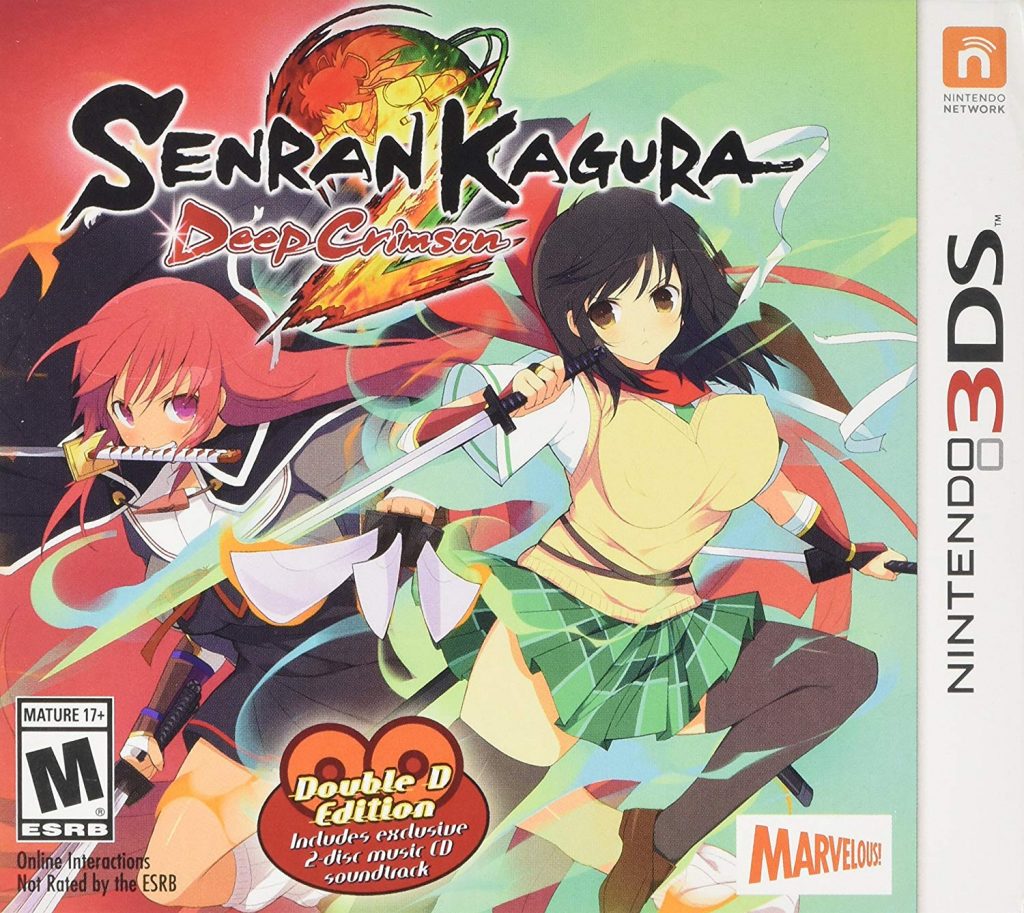 For those who want to watch kunoichis duke it out, clothes ripping, Senran Kagura is the game series for it. It might be rated a bit over PG but gameplay-wise it plays like Dynasty Warriors. Just replace the warriors with kunoichi high-schoolers. The game has great compatibility with Citra. Like the other titles here, there might be some glitches on the playthrough. But you would rarely encounter game-breaking.

Aside from the eShop, you can also get Senran Kagura Deep Crimson on Amazon. 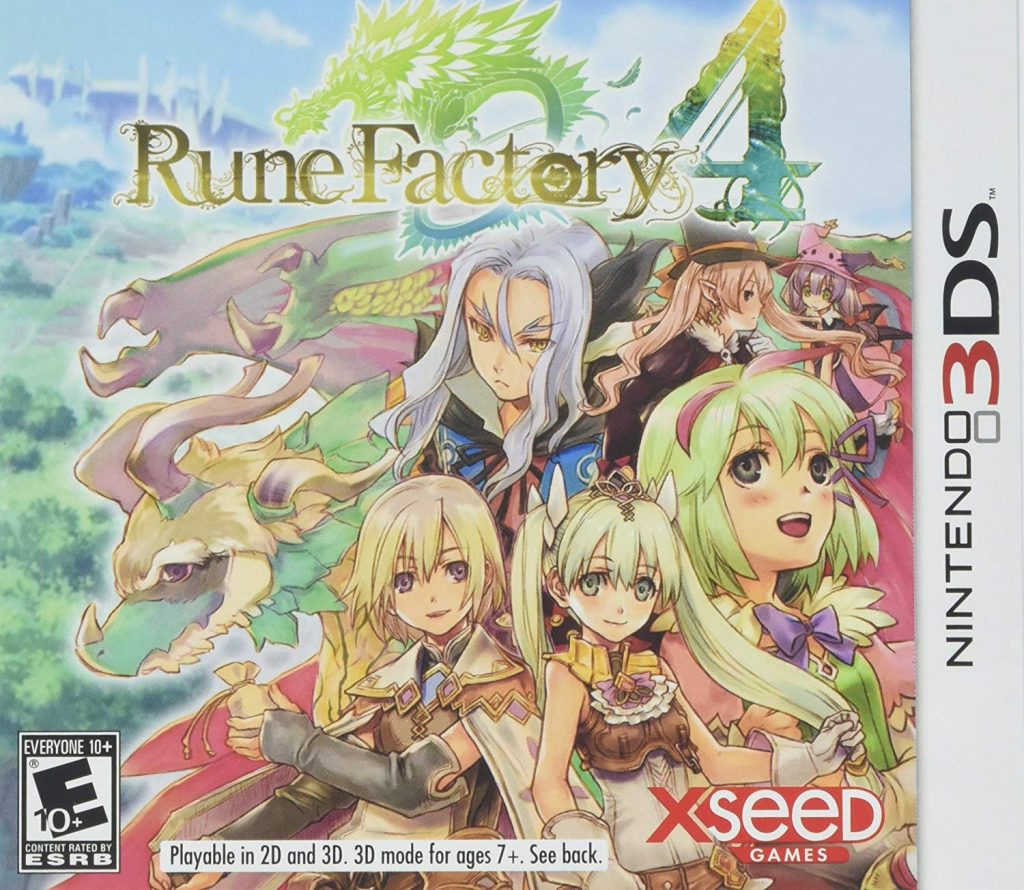 Like Shin Megami Tensei, few people know about Rune Factory. This is sad since the series produced some great titles. And with a new Rune Factory game in the works, it’s a great time to play the previous titles in the series.

The game plays well on Citra and has some great framerates. As usual, there’ll be some visual glitches but nothing game-breaking or anything that would force the game to shut down.

Rune Factory is available on Amazon.

How to Install Citra Emulator on Windows

It’s important to note that the Citra Emulator was developed using the C++ programming language. The software won’t work with older PCs and requires at least an x64 CPU. If your computer meets that, then you are good to go for the installation process. Follow these steps:

How to Install Citra Emulator on Mac

Similar to Windows, Citra may not run so well on older models of Mac. But for the late 2013 Mac Pro down to its latest version, Citra is expected to run at full speed. Here’s how you install Citra on Mac.

Citra doesn’t come with built-in 3DS games. Its sole purpose is to run games, but you have to provide them on your own. The more challenging part is, Citra can’t run .3DS and .CIA ROMs, which are the default file type supported by the actual handheld 3DS console. You have to properly decrypt them first before you can run them on Citra Emulator.

There are sites offering decrypted 3DS ROMs for free. For a person who doesn’t have the technical know-how of decrypting files, these sites can be tempting. However, not all of them are safe. Some contain bugs and malware that may put your computer at risk. Above all, most of these sites are illegal. Nintendo is the only legitimate distributor of 3DS games and downloading them from other sites for free is piracy. Robots.net does not condone any form of copyright infringement, so we’ll skip this part.

Instead, buy games from eShop and earn Nintendo Points. Then, we’ll teach you how to properly decrypt them for Citra.

How to Decrypt 3DS ROMs

Assuming you already bought and downloaded 3DS ROMs from eShop, they won’t instantly run on Citra. 3DS ROMs have file encryption that protects them from being accessible using other computers. When you try to run an encrypted 3DS ROM on a PC, you will be prompted with a message that you have to redump your game cartridges.

You have to decrypt CIA and 3DS files and convert them to CCI files to get them working on Citra. To do this, you will be needing decryptor software on your computer. Here’s the step-by-step guide on how to decrypt 3DS ROMs.

1. Download a 3DS Decryptor and extract it on your local drive. We recommend using the Batch CIA 3DS Decryptor. Downloading the software requires a strong internet connection. Here are WiFi boosters to speed up your internet and downloading time.

2. Drag or copy the 3DS file you want to decrypt in the 3DS Decryptor folder.

3. Run the Batch CIA 3DS Decryptor. You will notice some changes inside the folder.

4. After decrypting the file, you’ll notice that there are already two copies of the 3DS game you want to play. Run the 3DS file indicated as “decrypted.” It should run well.

Why You Should Use Citra Emulator

Citra Emulator is a good alternative for playing 3DS games. The reality is your 3DS console can only accommodate a good number of games out of the thousand titles available for the device. Clearly, Citra has the hand to take the extra work for 3DS.

It may require a little effort to get Citra to work properly. Learning the technicalities like decrypting files can also be intimidating. But once you learn how to do it properly, everything will be easy. This guide aims to help you master the Citra Emulator.