The PlayStation Portable or PSP contains some of the most memorable games of the past generation. With over 1,300+ games released, it’s an archive for a generation of gamers who brought their games everywhere. From the best RPGs to the most memorable action titles, almost every publisher has released a game for the PSP, making it a hallmark for portable game consoles moving forward. Now, the production of PSP titles has stopped and it’s hard to find physical copies. The good news is that there’s a good abundance of PSP games to download online.

Now, there’s a huge variety of PSP games for your perusal and most of them are downloadable on the internet. Here are some of the most popular ones that some people still play today. 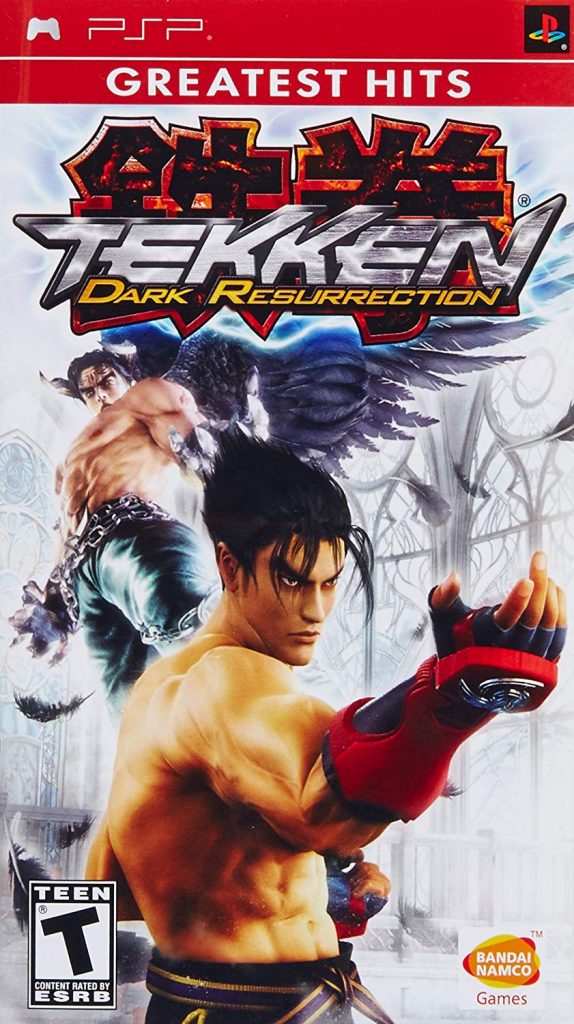 Fighting games are some of the best ways to foster competition. The rush of pulling off a game-winning combo is too much for some. And with Tekken: Dark Resurrection, you can bring it anywhere you like.

The best thing about it is, you also can fight with other players online while on the go. Fostering competition and good times all around. This title is a great release from one of the best fighting game series of all time.

Check out this classic hit on Amazon today and play as your favorite Tekken characters. 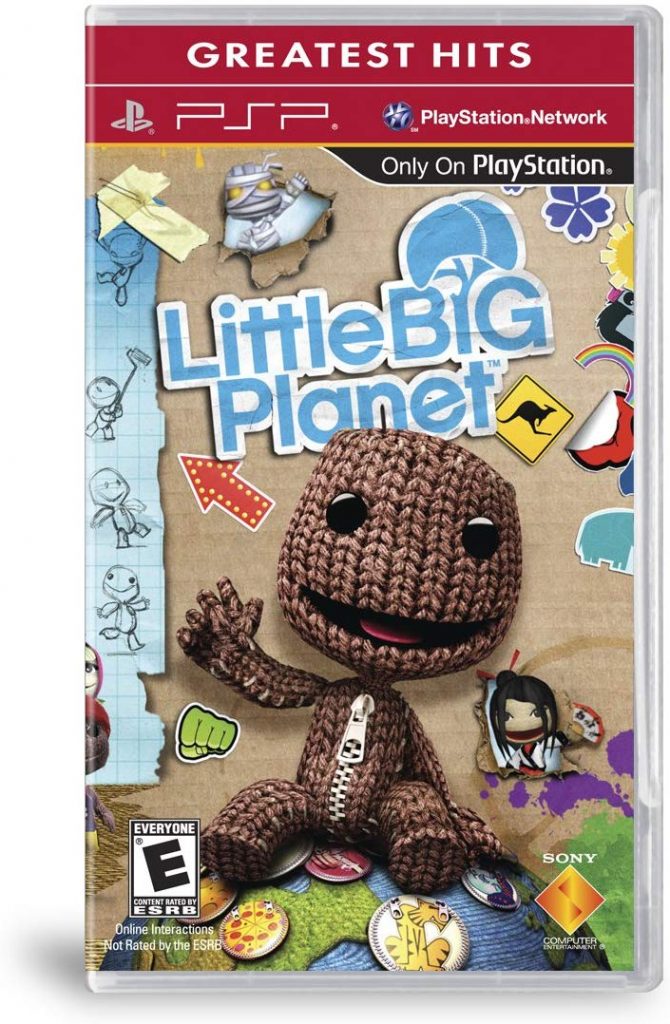 Little Big Planet is a staple in the PSP gaming area. It’s a fun, adorable, and challenging platformer that takes your puzzle-solving skills to the limits. Combine that with a great level editor and you have a game that can be fun for the whole family. You can challenge friends to complete the maps you make, and do the same with theirs. All in all, it’s an amazing game that anyone can pick up.

Check out this game today and enjoy this platformer on your PSP! 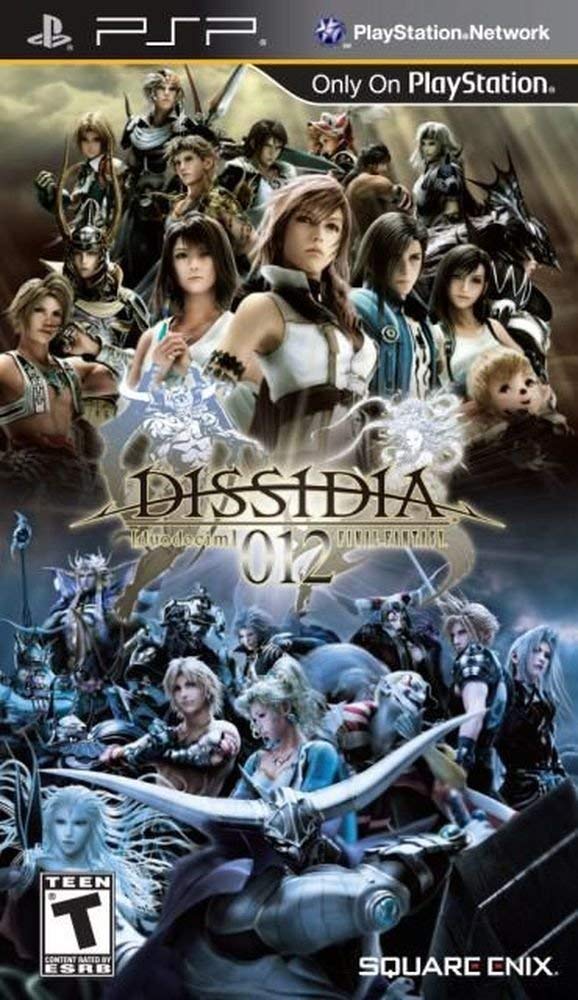 The Dissidia games didn’t offer anything much when it comes to innovative concepts. It did, however, allow players to duke it out with their favorite Final Fantasy characters in one-on-one battles. You can have Cloud Strife battle Zidane Tribal or Exdeath vs. Kefka; these are only examples of possible dream fights. Your fantasy matchups can now happen with the press of a button.

Check out this game today and battle with your favorite Final Fantasy characters on your PSP! 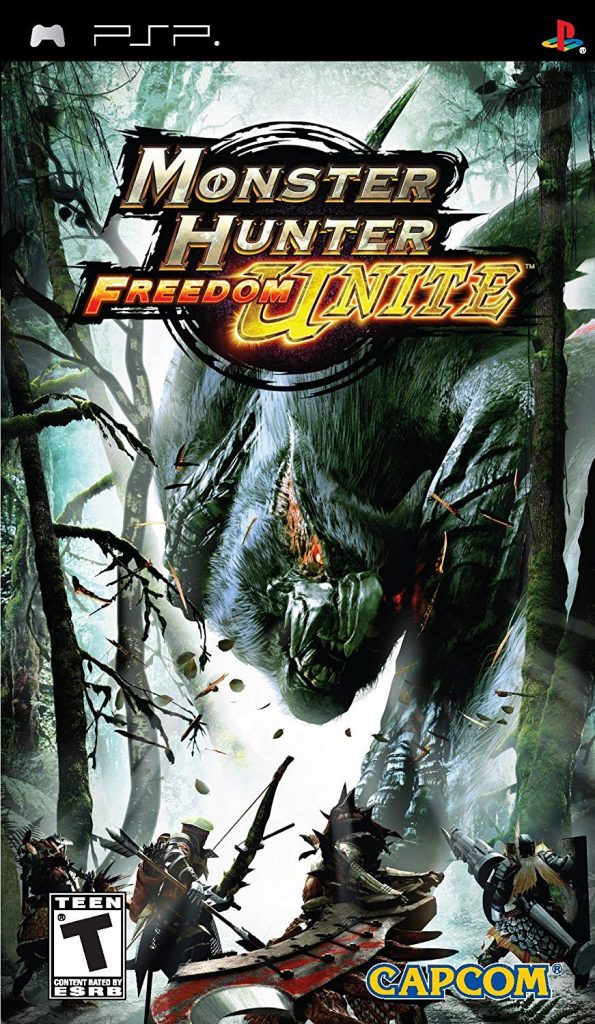 Monster Hunter’s been on a roll lately. With Monster Hunter World released three years ago, it’s quite amazing that the game used to have a smaller origin point. But Monster Hunter Freedom Unite has all the elements of a Monster Hunter game with the added benefit of portability. It’s fun and challenging as well. So if you’re looking to bag a White Fatalis while on the go, this is for you.

Check out this game on Amazon and start hunting monsters today!

God of War: Chains of Olympus & Ghost of Sparta 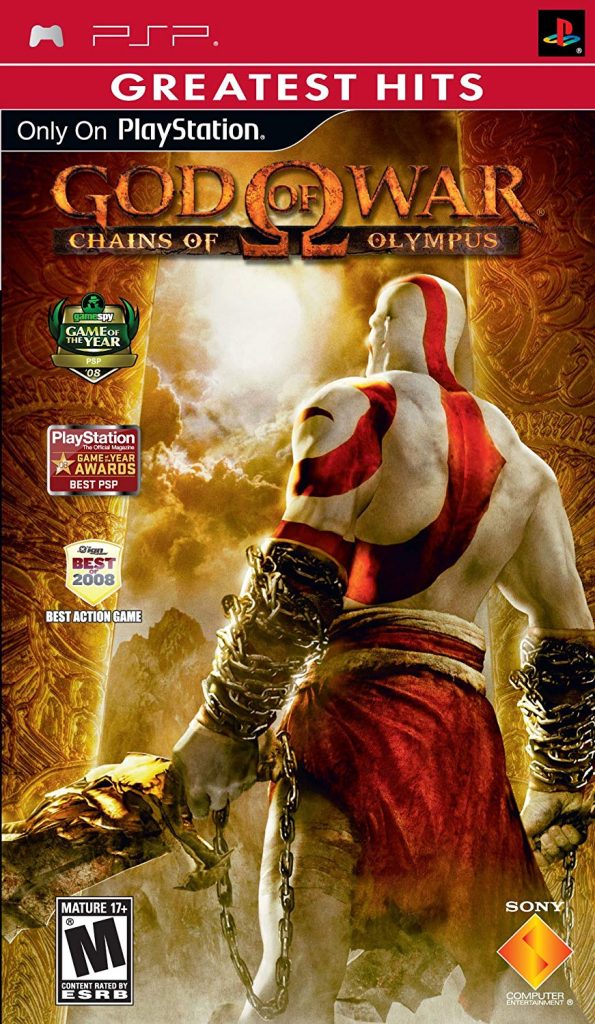 Kratos is at it again with these two releases of the God of War franchise. These games offer the same gameplay as the previous entries in the series in a portable package. Add towering bosses, good visuals, and some smidgen of naughtiness, and these games would be on anyone’s list of PSP games to download

Check out Chains of Olympus and Ghost of Sparta today and help Kratos get his revenge. 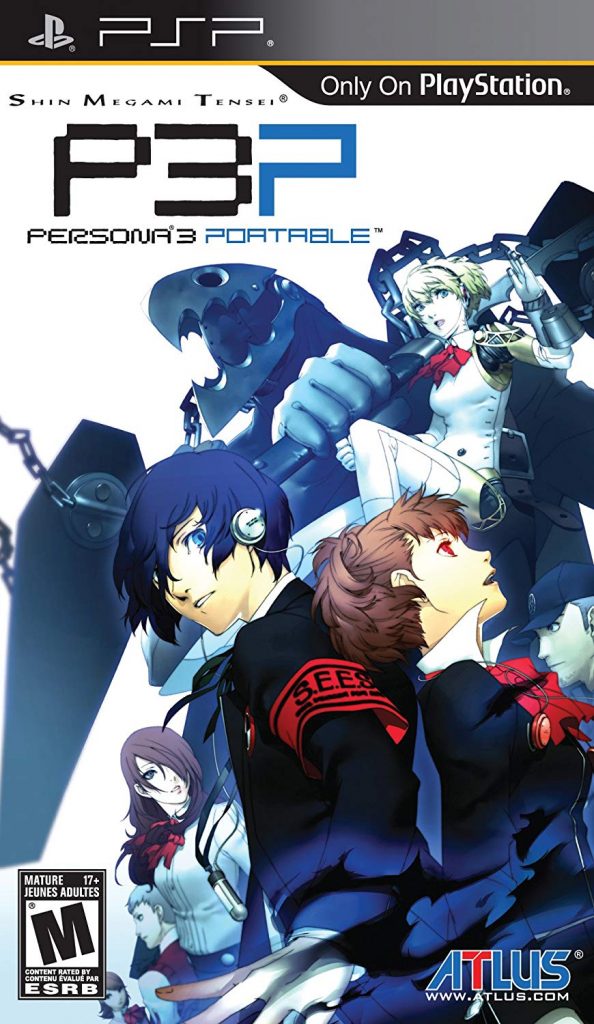 This game might’ve been a reboot for Persona 3 on the PSP, but there’s some new content added in as well. One of which is the inclusion of a female MC, which adds flavor to the replayability of the game. Another is that some of the gameplay features are streamlined to cater to the PSP’s capabilities. In addition, you can now control all of the characters in your team. If you’re looking for a Persona game that delivers, this is for you.

Check out this classic title today and feel nostalgic by playing this on your PSP. 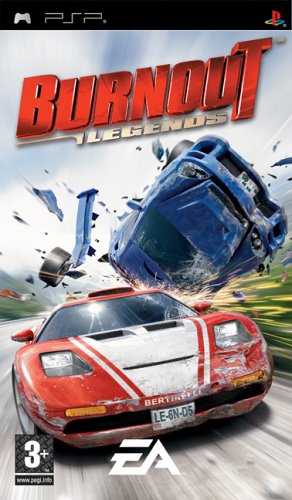 If you’re looking to race across the roads all while destroying everything in your path, then Burnout Legends is for you. You can race through some roads and wreck the cars and scenery. Do mind the race that you have to win, though. All in all, it is a fun ride and a great racing game.

Check out Burnout Legends on Amazon and destroy your competition today! 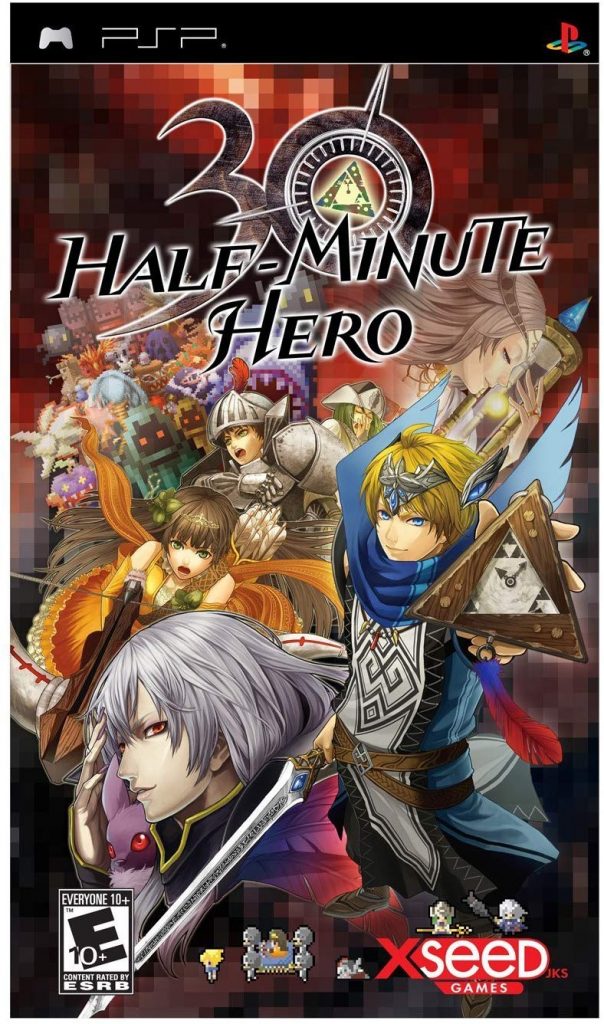 Check out Half-Minute Hero today and see how fast you can beat all the monsters! 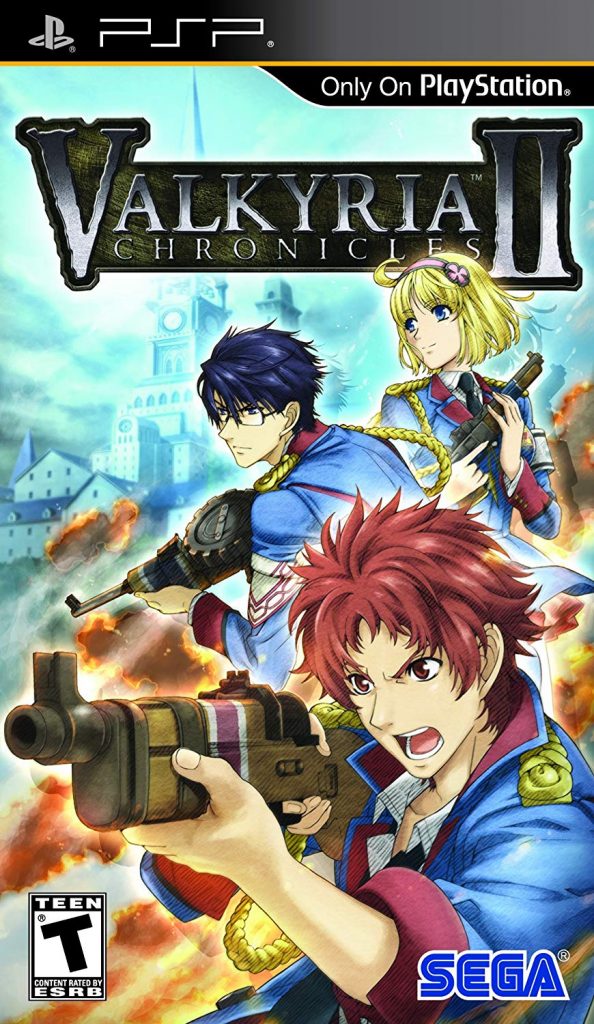 Compared to other JRPGs on this list, Valkyria Chronicles II isn’t fantasy. It’s a gripping tale about war. And there’s a lot of it here, with rifles, rockets, and tanks all over the place. The game is turn-based, but don’t get it wrong. It will punish you for complacency. This makes the strategy and positioning of your characters essential. The game is wrapped up with a great storyline and awesome characters, which makes it a worthy download for your PSP.

Check out this classic PSP title now and relive a turn-based RPG from your childhood.

Knights in the Nightmare 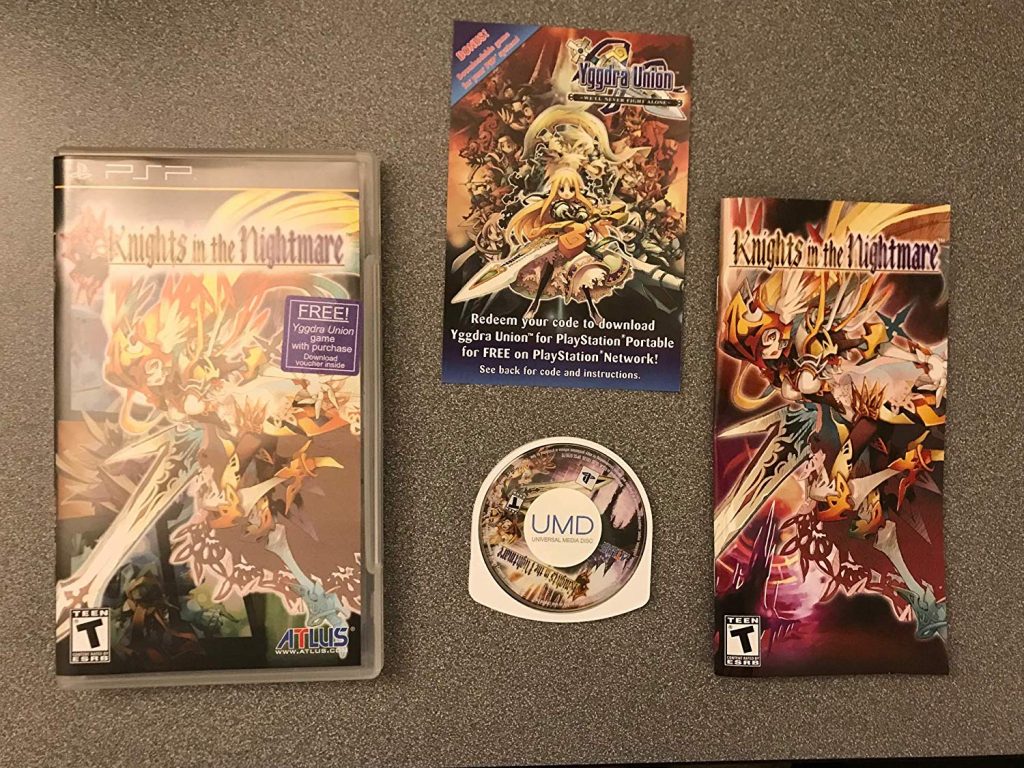 A remake of Atlus’ Knights in the Nightmare for the NDS. The game streamlines some of the game’s features yet keeps the gorgeous graphics and engaging storyline. You still control the Wisp as he goes about the world, all while defeating monsters by giving power to the souls of dead soldiers. Valkyrie also watches over him, attempting to regain his lost memories. It’s a fun ride, and if you’re looking for something unique, then you might want to take this entry.

Check out Knights in the Nightmare today and enjoy this classic title on your PSP or emulator. 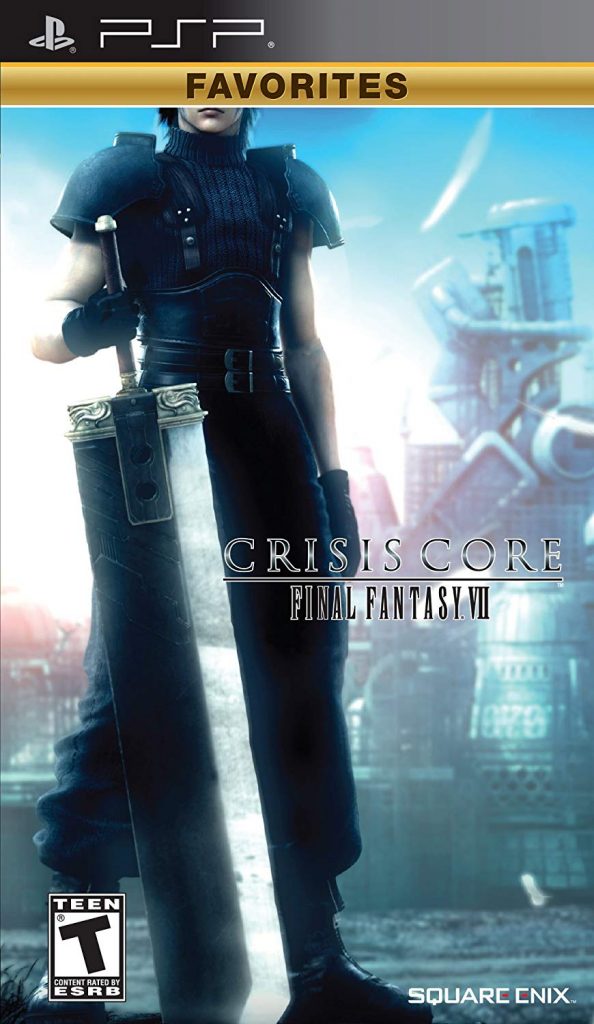 Crisis Core is a prequel to Final Fantasy 7. And you might notice some differences right when you start the game. For one, it’s not a traditional turn-based RPG. It is still essentially turn-based, but the execution is different. Attacks and spells are more dynamic, and best of all, the graphics are better overall. Those who wish to know how Cloud became what he is in FF7 will discover his backstory here, mostly through the eyes of the game’s main character: Zack Fair.

Check this game out on Amazon and know the event that led to the premise of Final Fantasy 7. 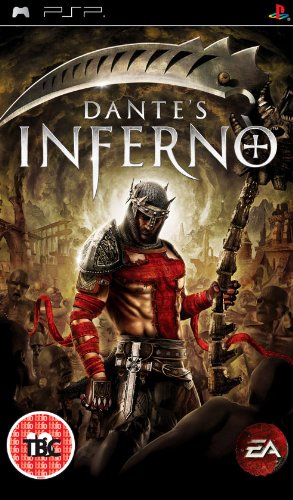 Now Dante’s Inferno isn’t breaking new ground with its gameplay. God of War was one of the first series that did it. But, combine that with a badass Templar cutting a swath of destruction through Hell itself, and you got quite a narrative. The only thing that hinders it is the graphical downgrade of the PSP port as compared with the PS3, but it’s a small price to pay to deliver a one-man crusade to the demons.

Check out this game today and help Dante beat the forces of evil!

The PSP has many ways of playing games. The official way, of course, is through buying the game itself. The PSP has a port for UMDs (universal media disks) that you have to use to play. But lugging them around is cumbersome, especially if you have lots of them that you wish to play.

Now if you don’t want to bring game UMDs, the PSP also comes with a small memory stick. Now you can replace said memory stick for one with more memory, but the usual one does come with some hefty memory capability. Nevertheless, this memory stick is necessary if you want to play PSP games without UMDs.

To do this, you will need a few things. Before anything else, you need to format your memory stick in case there’s anything there that you don’t like. You can do this on your PC or on the PSP itself, though most would recommend that you format on the PSP itself to save time.

If you’re using your PSP to format your memory card, here’s how:

Next, you need to find good ISO files of PSP games. There are a lot of them all over the internet. Emuparadise, CoolROM, and FreeROMs are some websites with PSP game ISOs.

Once you download your games, it’s time to put them into the memory stick. But the question now is: how do you fill your memory stick with games?

The first thing you need to know is that all PSP games are in the ISO format. But, most websites usually put their files in RAR format instead. Don’t be disheartened, however, since the ISO file for the game is always inside the RAR file. This is because it’s easier to upload and download a RAR file compared with ISO files. This means you can fill up your memory stick with ISO files of PSP games then stick it inside your PSP to play them.

Extracting the files can be done using the normal Microsoft extractor. But we would recommend using Winrar and 7Zip instead. Both software programs are reliable and safe and can extract a variety of file types.