Having a reliable and strong internet connection nowadays is necessary. We need it for work,  communication, recreation and more. Aside from using your mobile data plan to connect to the internet, using WiFi is also a viable option. But, getting fast and reliable Wi-Fi is a challenge and a half. It can be temperamental. Sometimes it doesn’t reach some parts of your home or office and all we can do is ask “why is my internet so slow?“. This is where the need for a WiFi Booster comes in.

WiFi Signal Booster extends your network by amplifying existing signals. This allows all devices within that coverage space to connect to the internet at an optimized speed. This works by pulling in a weak existing Wi-Fi from the transmitter. It then amplifies it before broadcasting the transmission to where it’s needed. The signal booster helps in extending your current Wi-Fi network. and in the process, reach many areas in a building.

The question now is, which Wi-Fi Boosters currently out there brings more bang for your buck? In this article, we will be reviewing the best Wifi boosters in the market today and guide you on how to give your internet a boost.

Top Wi-Fi Boosters You Should Buy

True enough, WiFi Boosters help you get a strong and reliable internet connection. However, not all WiFi Boosters you see online works. Here are some of our hot picks that will give your internet a boost ー 100% rate guaranteed. 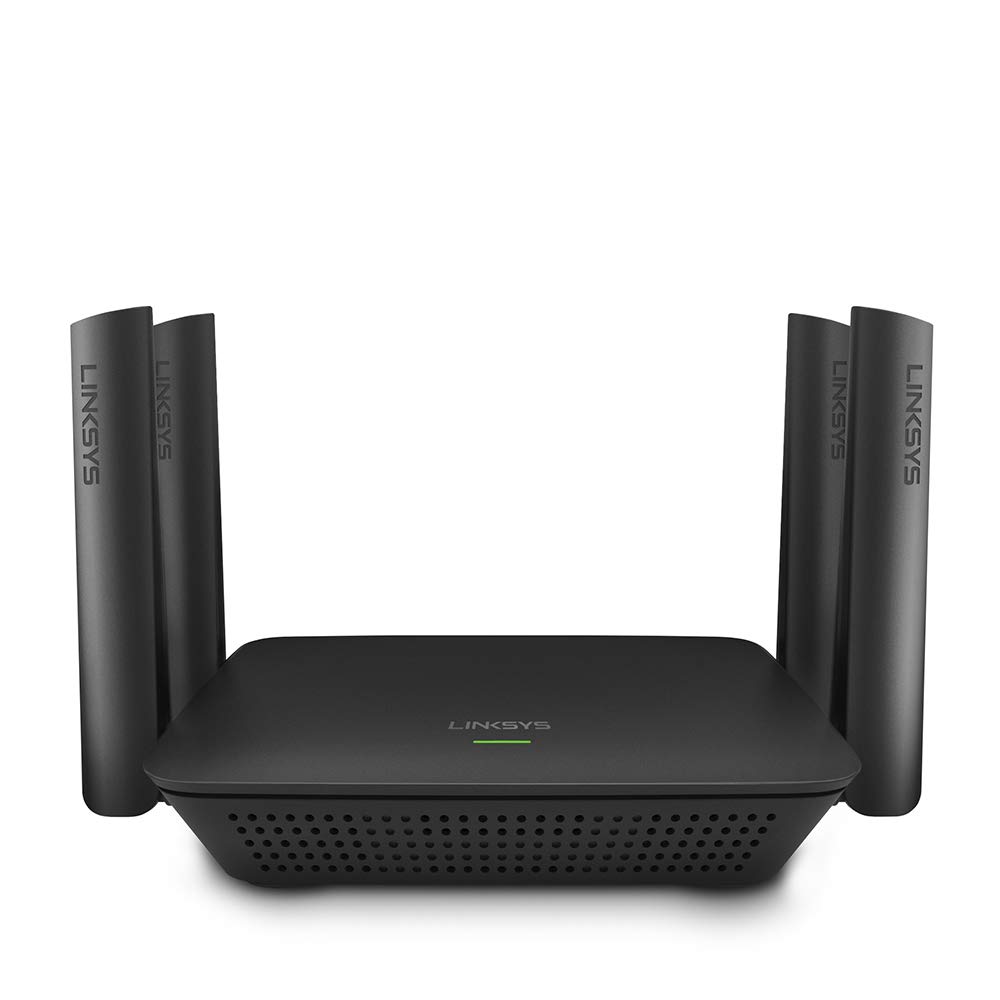 Linksys has a series of Wi-Fi Boosters that come in all shapes and sizes. But RE9000 is the most reliable with its ability to improve wireless performance. The device does this through beamforming, a method of focusing wireless signals towards a specific device. It also has an automatic band steering, which directs devices to the 2.4 or 5 Gigahertz wavelengths as needed. Give your internet a boost with Linksys’ sleek and easy-to-set-up Max-Stream RE9000. 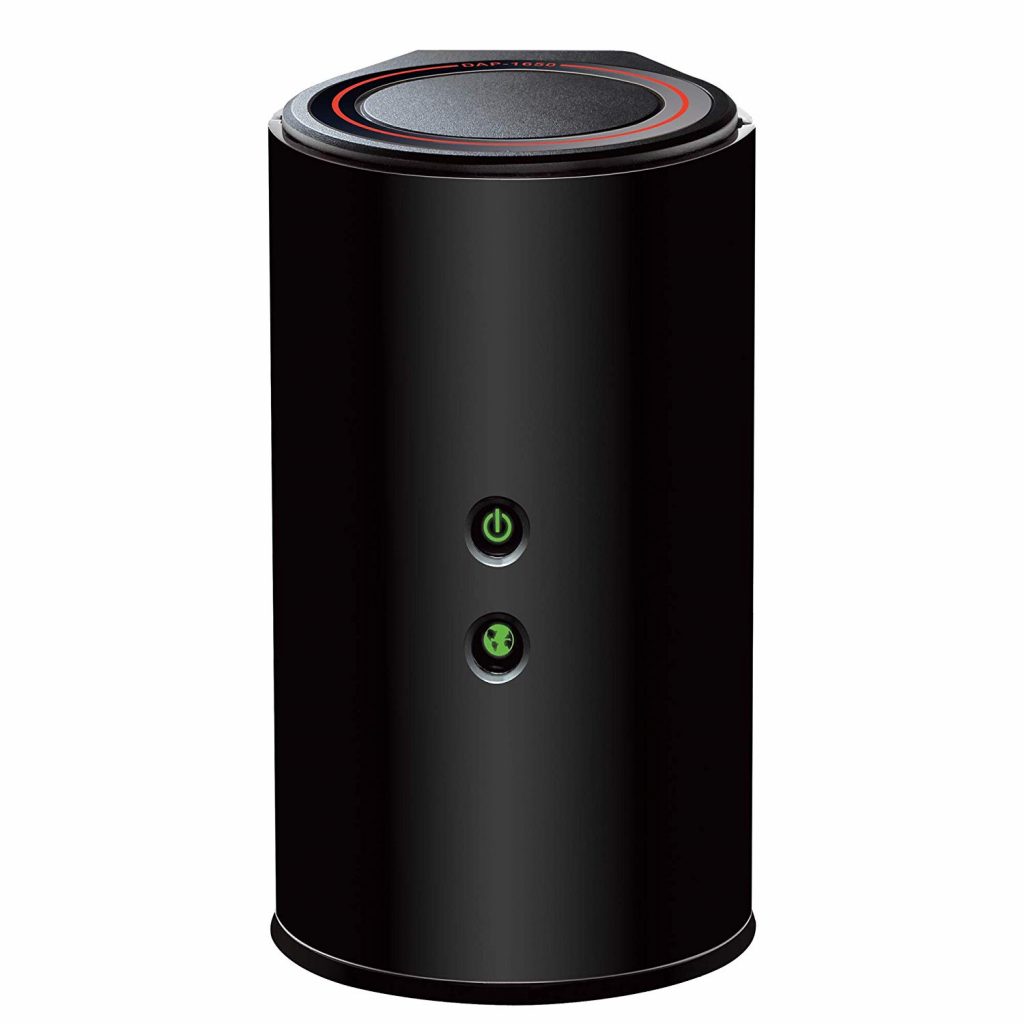 DAP-1650 is a WiFi booster that has a strong 5GHz throughput speed and range, perfect for maintaining a strong connection for every space. It has 4 gigabit LAN ports that guarantee high speed wired connections for old devices that don’t have a wireless capability. Aside from being a range extender, you can also use the device as an access point and a media bridge. With a sleek design far from the usual router, DAP-1650 is unquestionably worth buying. 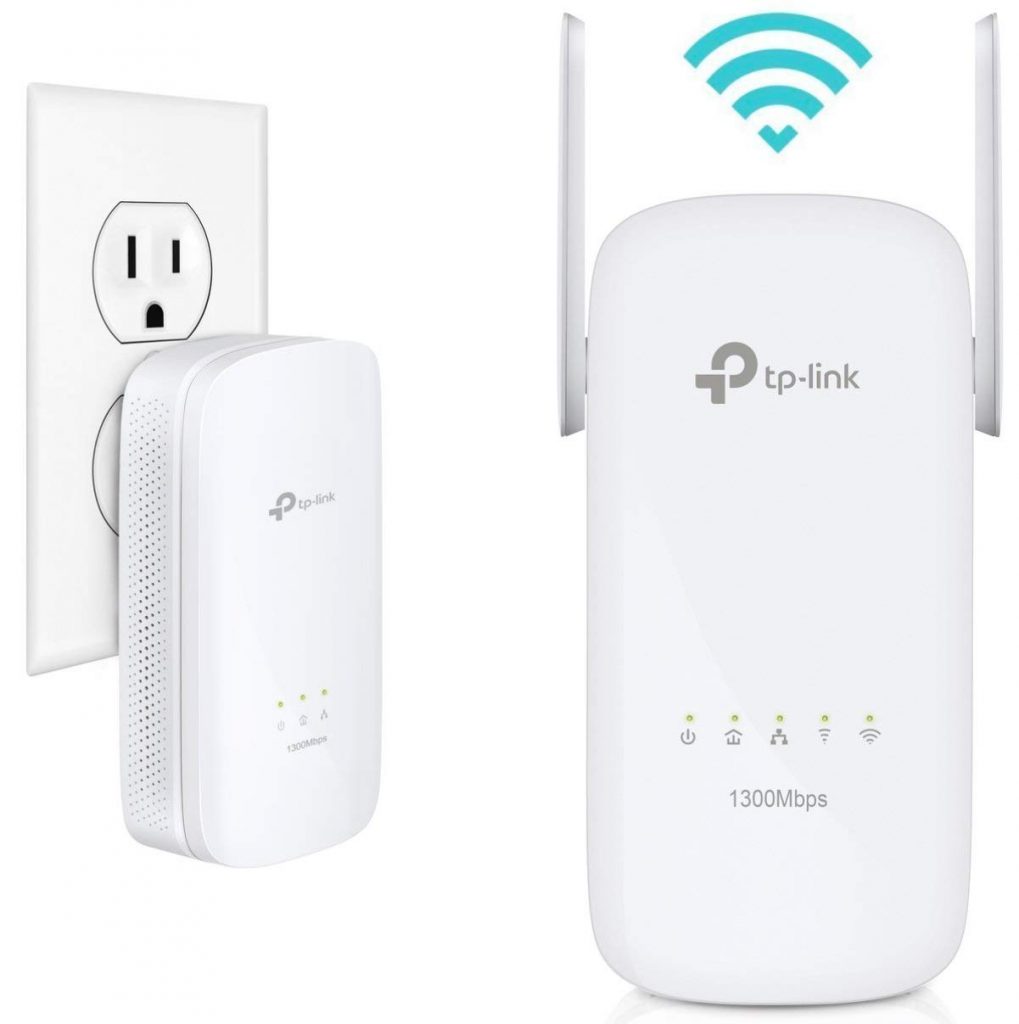 WPA8630’s biggest strength is its plug-and-play capabilities. It utilizes 802.11ac Wi-Fi that can deliver dual-band connections at 1350Mbps combined speed. That aside, it has an excellent powerline speed that seamlessly works with any networking kits from many vendors. It builds a unified network using your existing powerlines, allowing you to connect to Wi-Fi anywhere in your home. Enjoy a 4K streaming using TP-Link WPA8630 KIT V2. 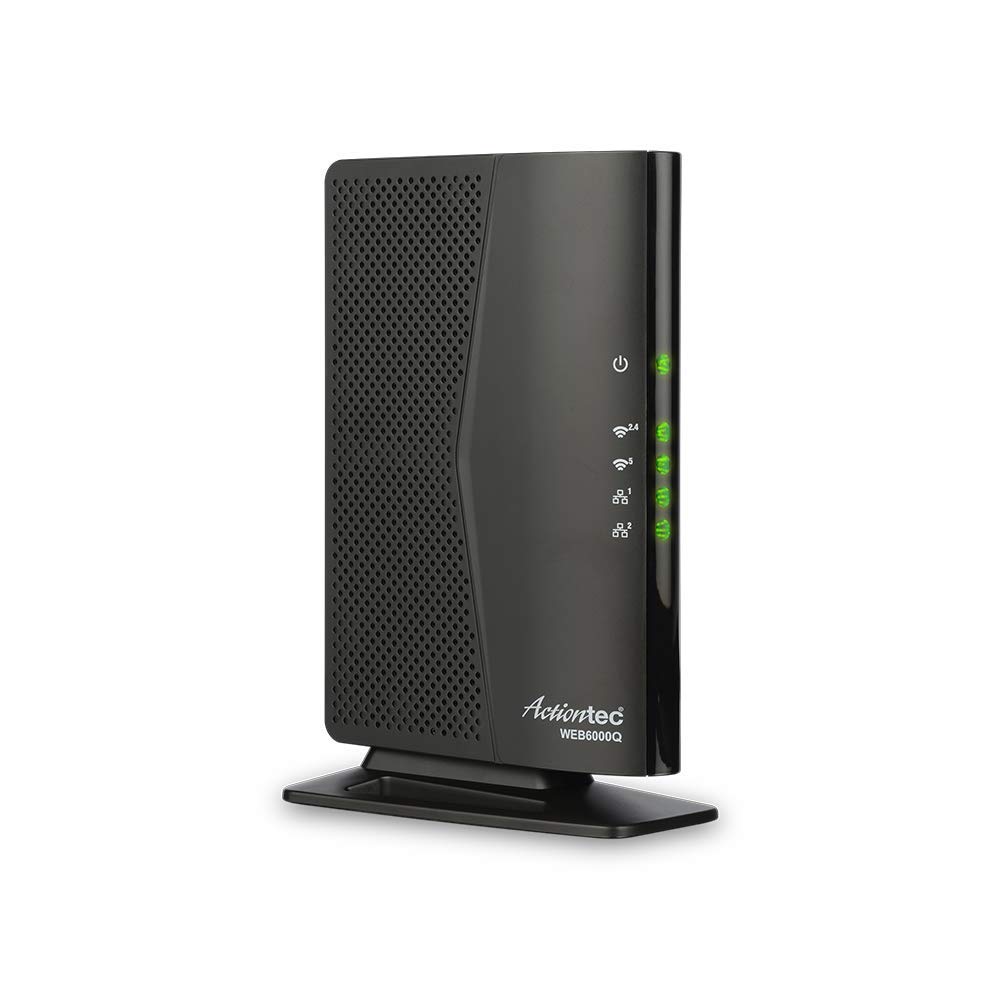 This plug-and-play Booster from Actiontec delivers 2.5 Gbps of internet speed and dual-band wireless. It reduces dead spots so you can enjoy faster speeds and enhanced wireless performance when and wherever you need it. With an estimated 2 Gbps throughput, downloading movies from Netflix and playing online games has never been easier with Actiontec WEB6000Q. 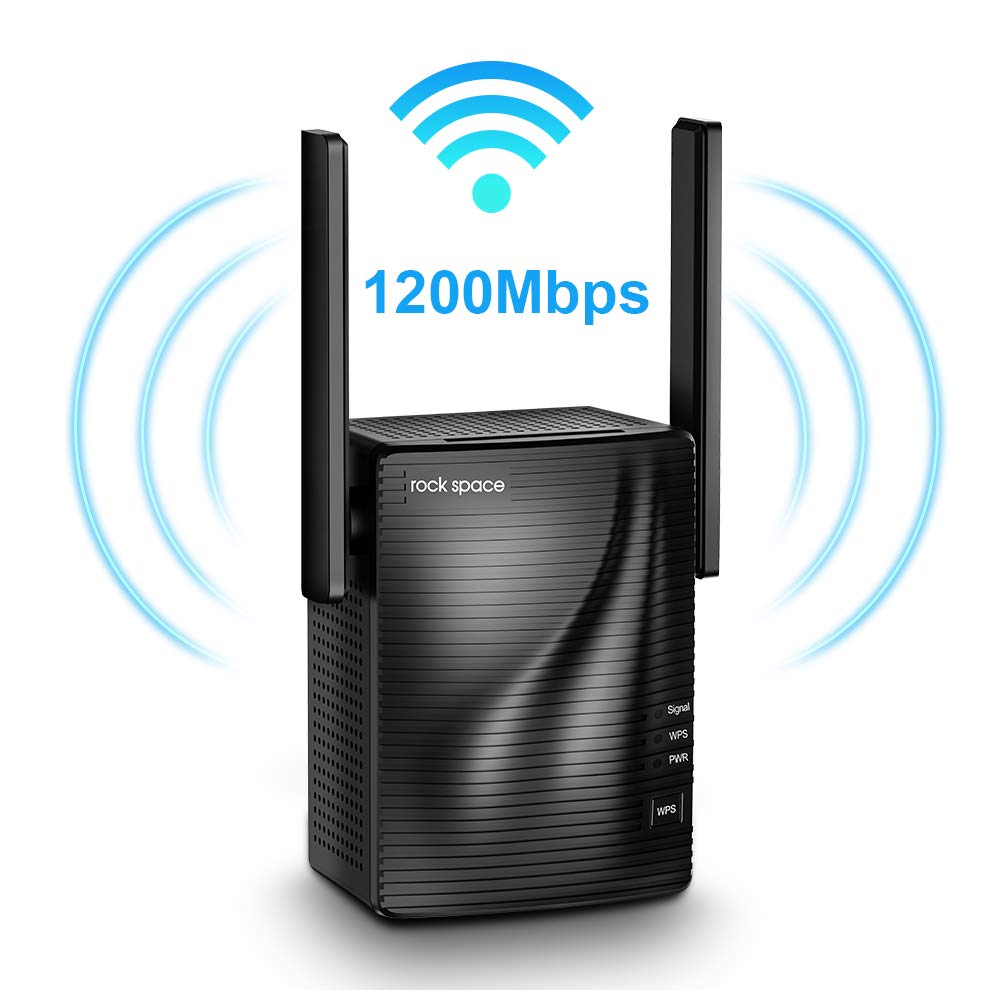 While it’s not made by a well-known company, the AC1200 is a rare breed. It has near-universal compatibility with almost any router out there. But the real treat is the dual-band technology it has. The device automatically steers high-quality bands for better browsing experience. It has a combined 1167Mbps for use for both 2.4 or 5 Gigahertz wavelengths. Say no to endless buffering with Rock Space AC1200. 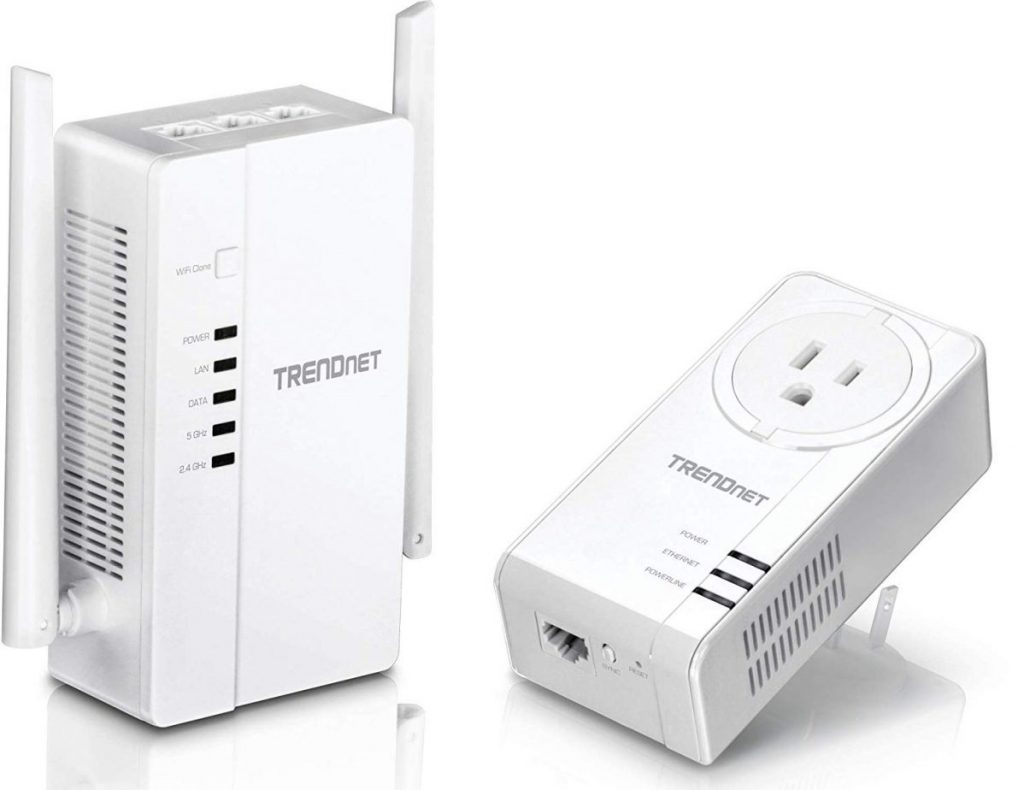 The TrendNet TPL-430APK can be a very useful router for those that wish to extend their connection in crowded areas. It combines wireless and Powerline technology so people can enjoy seamless connectivity within their household. It extends the connectivity range up to 300m from electrical power lines, minimizing dead spots. Do take note though of its below-average multi-user performance, but TrendNet TPL-430APK remains a good buy. 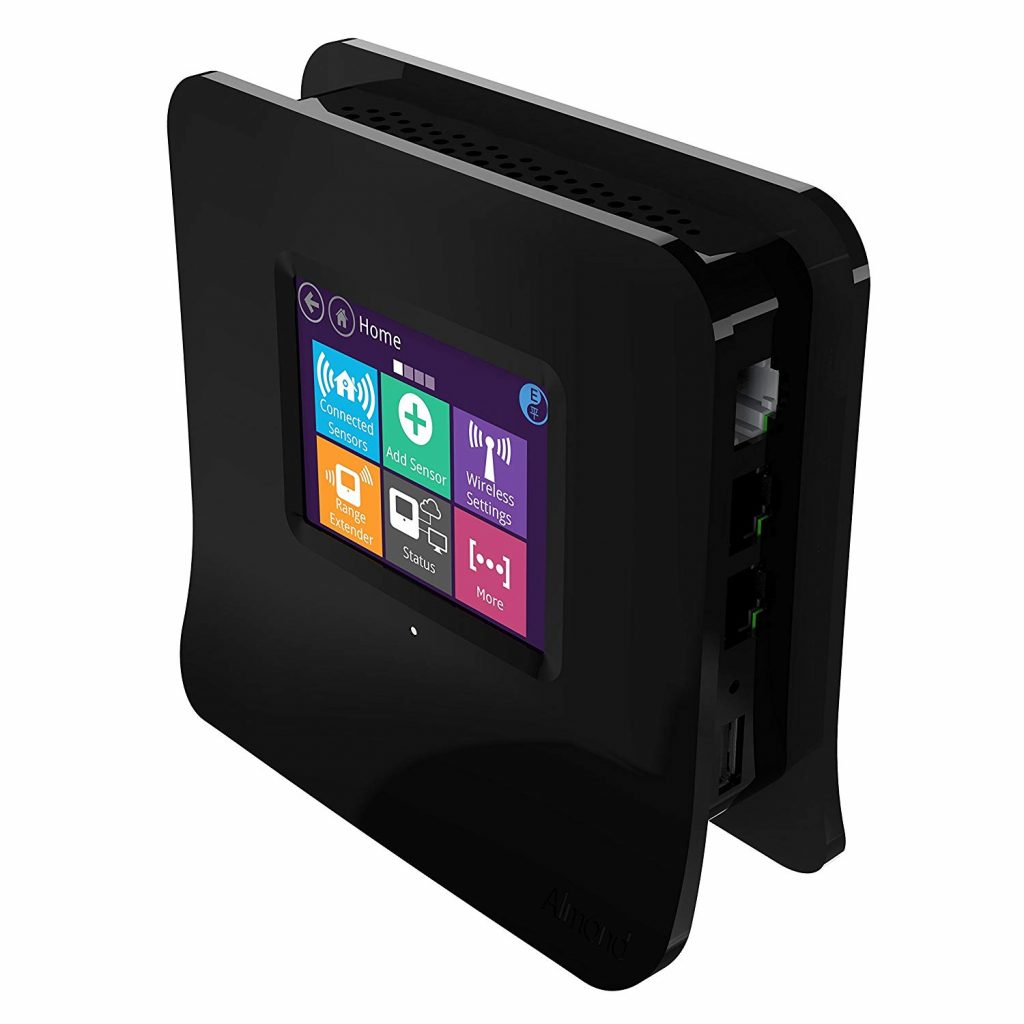 For those who value security over internet speed, the Securifi is for you. It has integrated smart home support that allows you to configure it without the use of a PC. You can use either as a range extender for your router or a standalone wireless router. The device works well with any routers from any network providers and gives you a browsing speed of up to 300Mbps. Ramp your internet speed up with Securifi Almond 3.

Reasons For Buying a WiFi Booster

Not all routers that come with your internet plan are strong enough to cover large spaces. There will always be areas where the internet reception is slow or nothing at all. We call these dead zones or dead spots. This problem is common for bigger areas such as offices and huge buildings. But this can also happen even in your home. WiFi boosters help eliminate these so-called dead spots by extending the range of your internet coverage.

2. It gives you internet speed a boost

Boosters and Extenders are usually associated with eliminating dead spots. But they also make your internet faster, hence the word “booster”. This is done by adding the booster/extender to your network. Even an obsolete router can reach higher internet speeds when connected to this kind of device. With a higher internet speed, you can do a lot online like downloading music from YouTube to iTunes.

3. It provides a stable internet connection

An unstable internet connection is the most common problem next to dead zones and using a WiFi booster could be the fix. When you are wirelessly connected to WiFi, you tend to get weaker reception as you go farther from the router. But with WiFi boosters, you are essentially adding extended routers to distribute the connection within your household.

The difference between a Wi-Fi booster, extender, and repeater

When it comes to improving your Wi-Fi, you need to know which device you’re using. And it can be a bit confusing at first, but it’s important to know the differences.

First things first. The term WiFi Booster used to be a catch-all phrase for hardware that boosts a Wi-Fi signal. Now, it’s more defined as a wireless range extender. Central to that is Wi-Fi Bandwidth Extension. And sometimes, if you want to cover your whole home you may need more than one.

Wireless range extenders are stand-alone equipment. It sits between your router and the location where you want better coverage. A range extender grabs existing WiFi signal from the router and re-broadcasts it. They rebroadcast on a different wireless channel from the one used by your router. But, the challenge is how you put these Extenders. Incorrect placement means an insufficient WiFi signal from your router. Affecting rebroadcasts, stream and engaging in online gaming or watching a video. 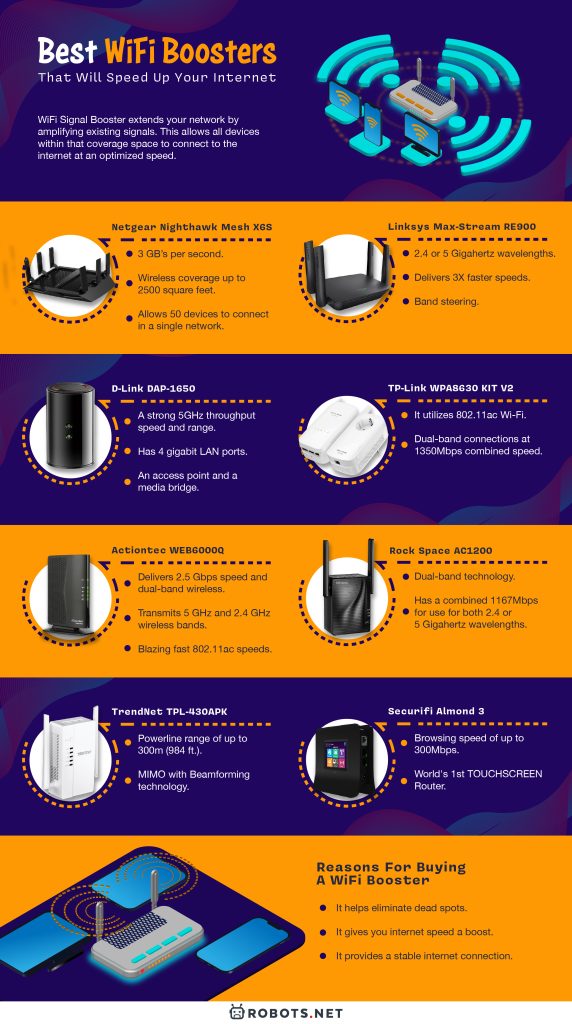 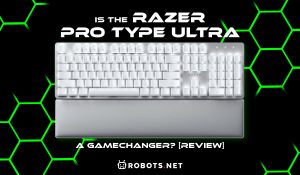