Slow internet speeds are the bane of the modern man. If the question “why is my internet so slow” is one thing you often ask, you’re not alone. After all, internet access is now a basic human right. So you deserve to at least have access to respectable speeds, yes? But alas, that is not the case as with every. 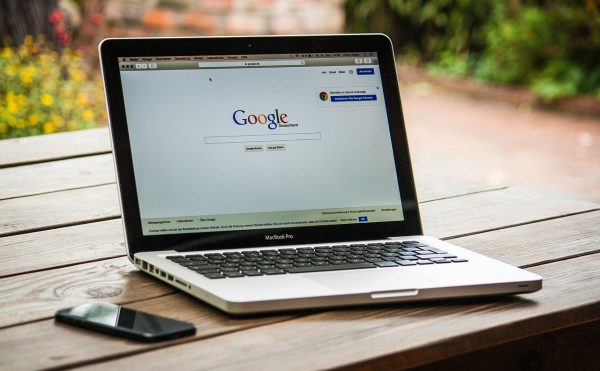 This guide aims to try and explain what happens when your internet starts to crawl. Read on to know which things you can do for both desktop and mobile connections. Whether it’s mobile data, WiFi, or LAN, let’s try to figure out what happens. If you want to know what is a good internet speed for downloading stuff, we have a guide that aims to help you out. 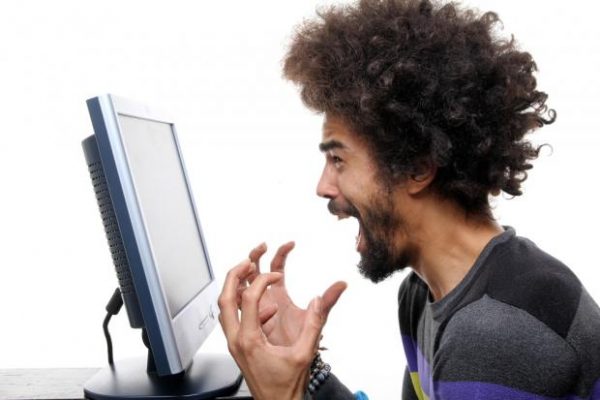 There are several situations where internet speeds drop. But most of the time, it happens all of a sudden. Picture this: you’re enjoying blazing download speeds on Steam one day. That 46 GB game? Over in a few minutes, says the download manager. But then, it drops. 20Mbps down to 15, 10, 1, and even to a disgraceful kilobytes/second.

Varied reasons cause sudden slowdowns. Here are some and how they affect your internet’s overall speed.

Your internet service provider might be the culprit. Opting for a typical ISP’s services means you’ll be using hardware that they provide. It’s natural to assume that the modems they install are sub-par, basic hardware. It’s why you can buy better modems on the market today. 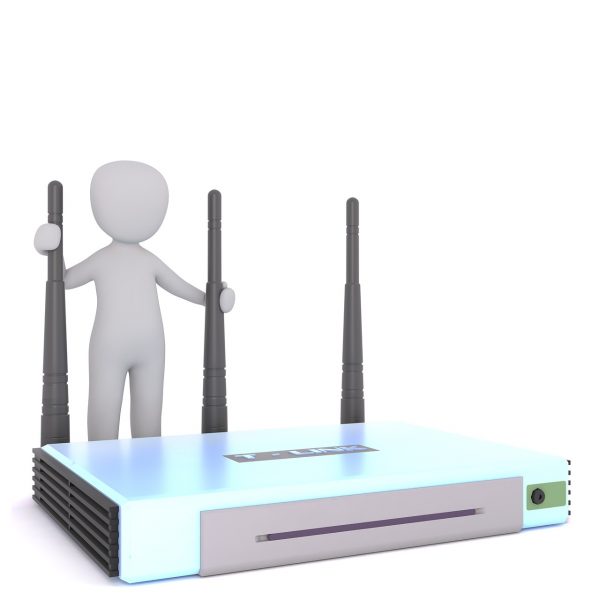 photo by Peggy_Marco for pixabay.com 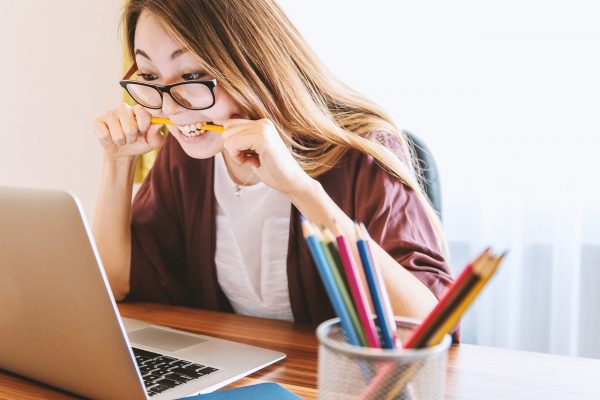 photo by JESHOOTS-com for pixabay.com

Don’t shoot the messenger, bub. Maybe the sudden internet slowdown is your fault after all. Almost everything uses the internet these days and some can eat up a ton of bandwidth. And what’s annoying is, closing them doesn’t always mean you shut them down for good. It’s like Skype but way more annoying.

photo from Get Into PC 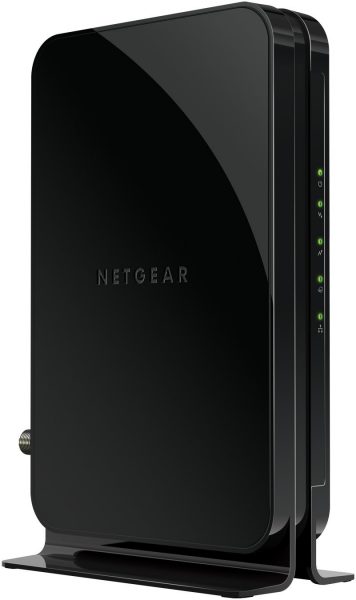 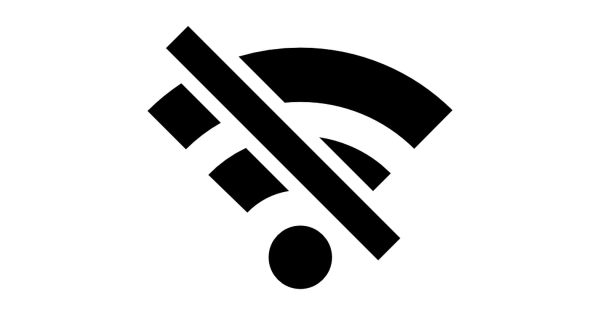 Who doesn’t love fast downloads? An entire TV series or a massive game and have them downloaded in minutes, if not seconds. There is a poetic beauty in seeing something as big as 50GB get downloaded that fast. It’s the modern equal of being a giddy kid in a candy or toy store. And then you ask yourself “why is my internet so slow?!” like a crazy person. 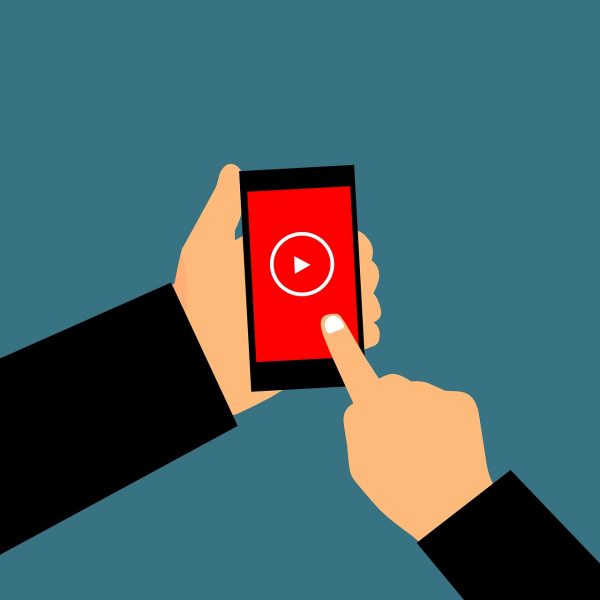 photo by mohamed_hassan for pixabay.com

But then the download speed is too slow even if you can stream live video at 4K. It’s even more infuriating to know that the fastest plans can give you pitiful download speeds. So what in the world is going on?

ISPs advertise speeds on their marketing. That’s automatic, yeah? Say, you see a flyer which says you get 100Mbps speed if you opt for this plan. Sounds great, you tell yourself. So you opt for that plan and have it installed.

But when you download a video or grab a file, the speed doesn’t even touch 5Mbps. You can feel like they’re cheating you, but hold your horses before going nuts. Here are a few things you should know when it comes to this specific situation. 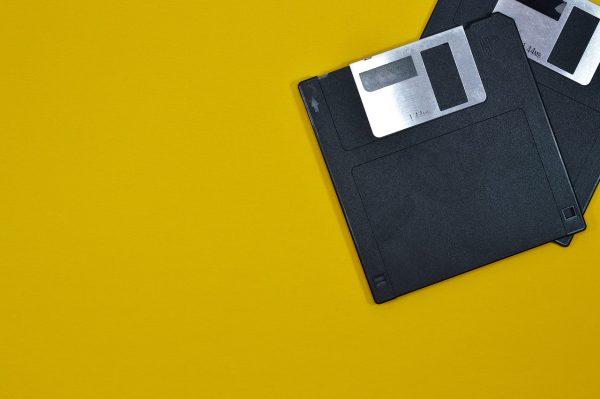 photo by padrinan for pixabay.com

The most basic reasons for this are often things you already know. Too many users, background downloads, etcetera. But your plan might be the reason your downloads are so pitiful in the first place. 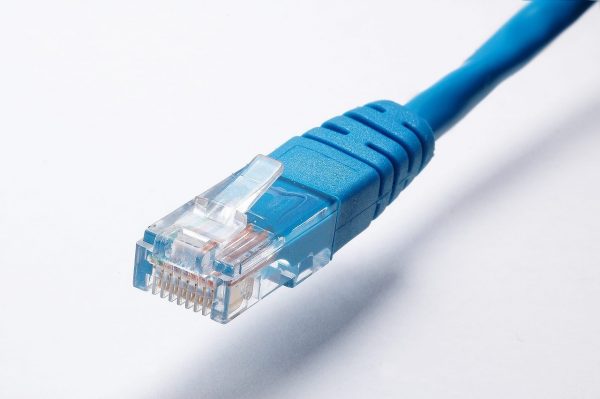 photo by doctor-a for pixabay.com

Cable internet offers speeds between 10 to 500 megabits a second. That’s quite acceptable, yes? At its absolute best, you can have download speeds at a respectable 60-70 Mbps. As for fiber, the speed upgrade is so massive it’s almost comical. You can expect 250 to 1000 Mbps, with download speeds often in the hundred Mbps range. 125 Mbps average download speeds? Juicy.

It’s not only the connection that can slow down your download speed. Your ISP might allow you to have as much as 125 Mbps, some servers can’t handle that much. Website servers sometimes put download speed limits due to varying reasons. But one of the main reasons is that developers want to limit simultaneous downloads.

Why Is My Internet So Slow On Mobile? 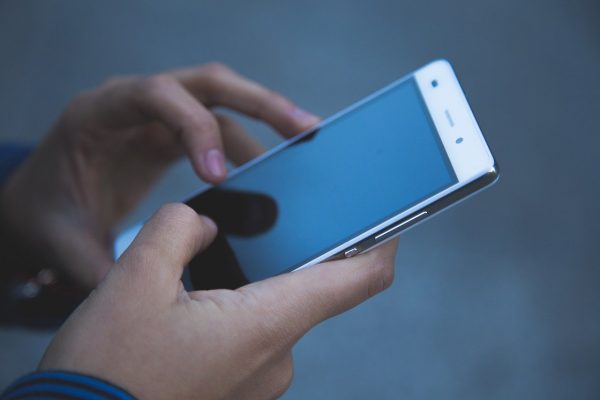 photo by Pexels for pixabay.com

You have a smartphone, don’t you? Then you have an idea about how infuriating this is. Picture: you’re traveling and without a reliable WiFi connection. Your only option is mobile data. You’re in the middle of doing a live blog on your social media, and then poof. The stream stops because the signal is too weak.

What Are the Different Gs 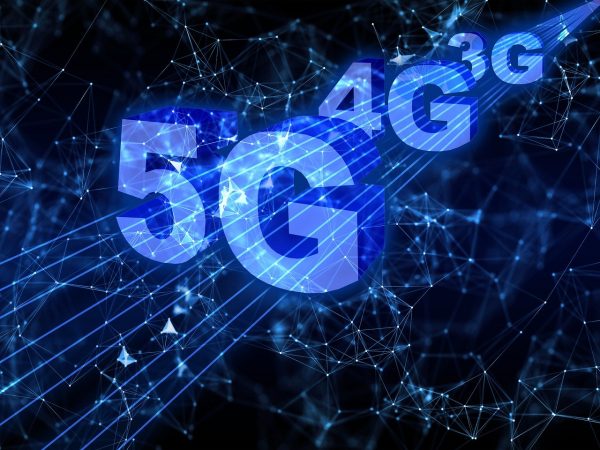 photo by ADMC for pixabay.com

As you may know, data connections aren’t all the same. 2G is the slowest of them all, at a meager 0.1 Mbps average speed. Increasing generations means faster connections. 3G is faster, then 4G, and 4G LTE. 5G is going to be faster, but still in development. So if your phone internet starts to crawl, check if you have an early version of mobile data. Here is a quick overview:

Characterized by the icons G or E on your screen, 2G is, again, the slowest at a mere 0.1 megabits per second. E is faster at around 0.3, but this isn’t much. And you’re gonna pull some hairs out trying to use this older generation of mobile internet.

If you have this, you’ll get the icons 3G, H, or H+ on your screen. Speed varies between 0.3 megabits to about 8 megabits per second. Respectable, compared to what you get with the older 2G option.

This is the current generation of mobile data that we use. If your phone uses it, you’ll see the 4G or 4G+ icon on your screen. It’s the next best thing to WiFi when it comes to connection speed. You’ll get around 24 to 60 megabits per second, enough to do whatever it is you need or want to do on the web. 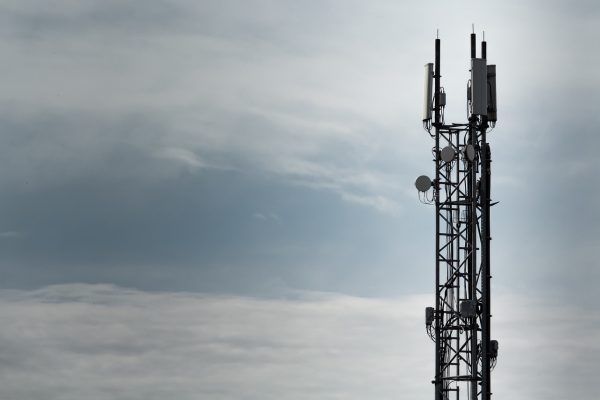 photo by Diermaier for pixabay.com

Your phone can achieve great mobile data speeds, sure. But it doesn’t always mean it will be able to. This is because some mobile operators put speed limits on their infrastructure. For example, UK mobile data is slow because infrastructures are out of date. Without hardware upgrades, mobile data will remain sluggish. It’s why you keep asking “why is my internet so slow” every single time.

Why Is My Internet So Slow At Night?

You’re chilling at home, streaming How I Met Your Mother on Netflix in 4K ultra HD. Nothing can ever be better than this, right? But then, your internet decides to be a killjoy. Your 4K stream goes down to 1440p, then 1080p, and God forbid, 720p. So what in the blazes is happening? The answer: internet rush hour. 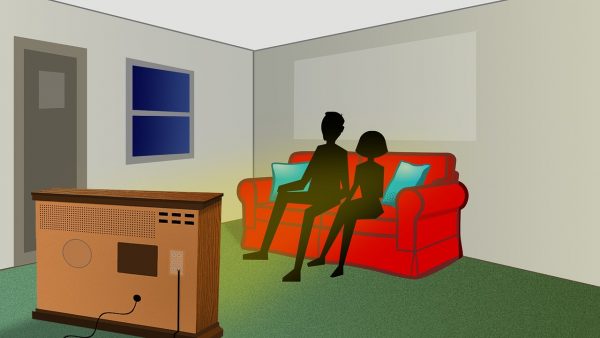 photo by overjupiter for pixabay.com

Internet slowdowns often occur between 6 and 10 PM. As you can see, it’s the time when people are on their way home from work, or already at home chilling. These days, what do you usually do when you come home tired? Relax by accessing the web to do whatever. Watch movies, stream music, play video games, etcetera. So it makes sense that the internet slows down because millions of people are logging on at the same time.

Your solution to the nighttime slowdown is simple. For instance, if you love watching videos at night, download them during off-peak hours. You can then watch them offline later. That way, you get to watch them at their best screen resolutions without relying on streaming. As for other stuff like social media browsing, you don’t need that much bandwidth for that anyway.

If you’re an avid online gamer, avoid playing during the rush hour as much as possible. Too much traffic can mean more disconnections from your game. And you of all people know how annoying it is to be slapped a temporary ban from going AFK too much. It’s not even your fault that you’re going AFK, or that your connection is lagging. 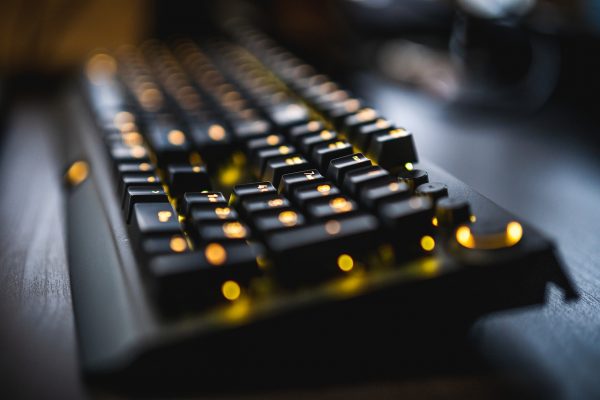 photo by tianya1223 for pixabay.com

Or if none of these help you with your problem, your best option is to upgrade your plan or switch ISPs. Opt for a faster internet connection if you don’t mind paying for it a bit more. A faster connection such as fiber can do much to circumvent the internet rush hour.

These ISPs are among the best today, but even they aren’t exempt from bog downs. If you’re subscribed to either of these providers, don’t fret. The next time you ask “why is my internet so slow”, make sure to read and determine whichever applies to you. 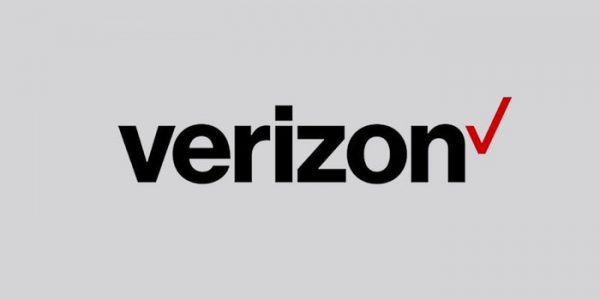 Among the most popular providers today, Verizon’s speeds are more than enough to cater to your needs. You can get as much as 880 Mbps with its top-tier gigabit plan, but slowdowns aren’t uncommon. Here’s what you can do to troubleshoot your connection speed. 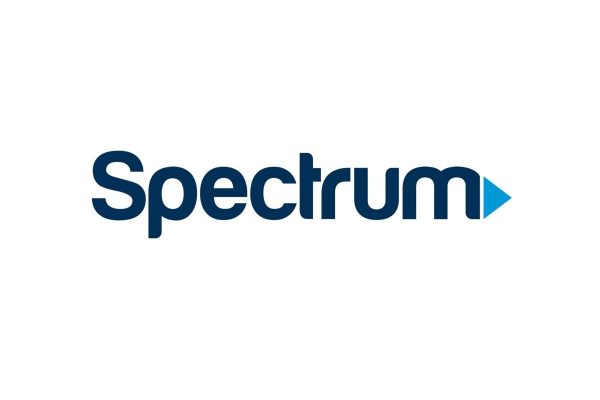 To Spectrum subscribers, you must consider several things if your internet slows down. Here are some steps you can take to restore your connection speeds. 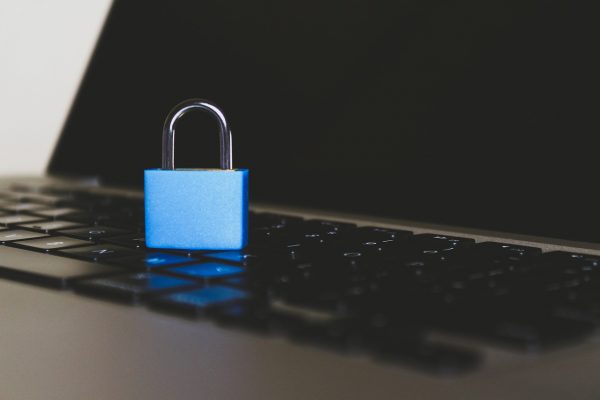 photo by rupixen for pixabay.com

Also, try to see if your computer satisfies the system requirements. To allow optimal performance from your connection, your computer must have:

You can also try resetting your equipment online. Most of the time, equipment resets work like a charm. Here’s how to do it: 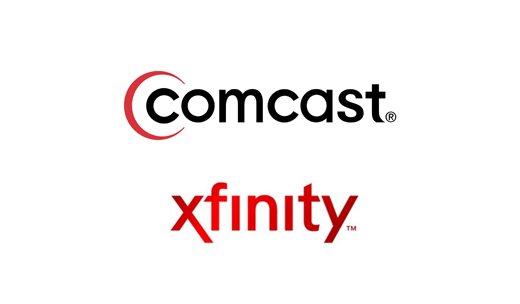 Writer Harry Kazianis for The National Interest reveals something about Comcast/Xfinity. He says that every router that they install in homes also function as WiFi hotspots. Other subscribers and even non-subscribers can apparently access this with few issues. As with common causes of internet slowdowns, more people on a network cause it to bog down. 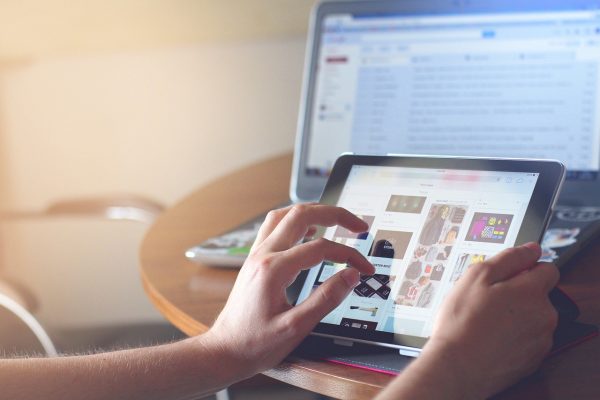 photo by fancycrave1 for pixabay.com

There are so many ways to troubleshoot and avoid slow internet these days. You only need to look for the one that fits your current situation. Since internet access is now a basic human right, you at least deserve a page that loads up in a jiffy. 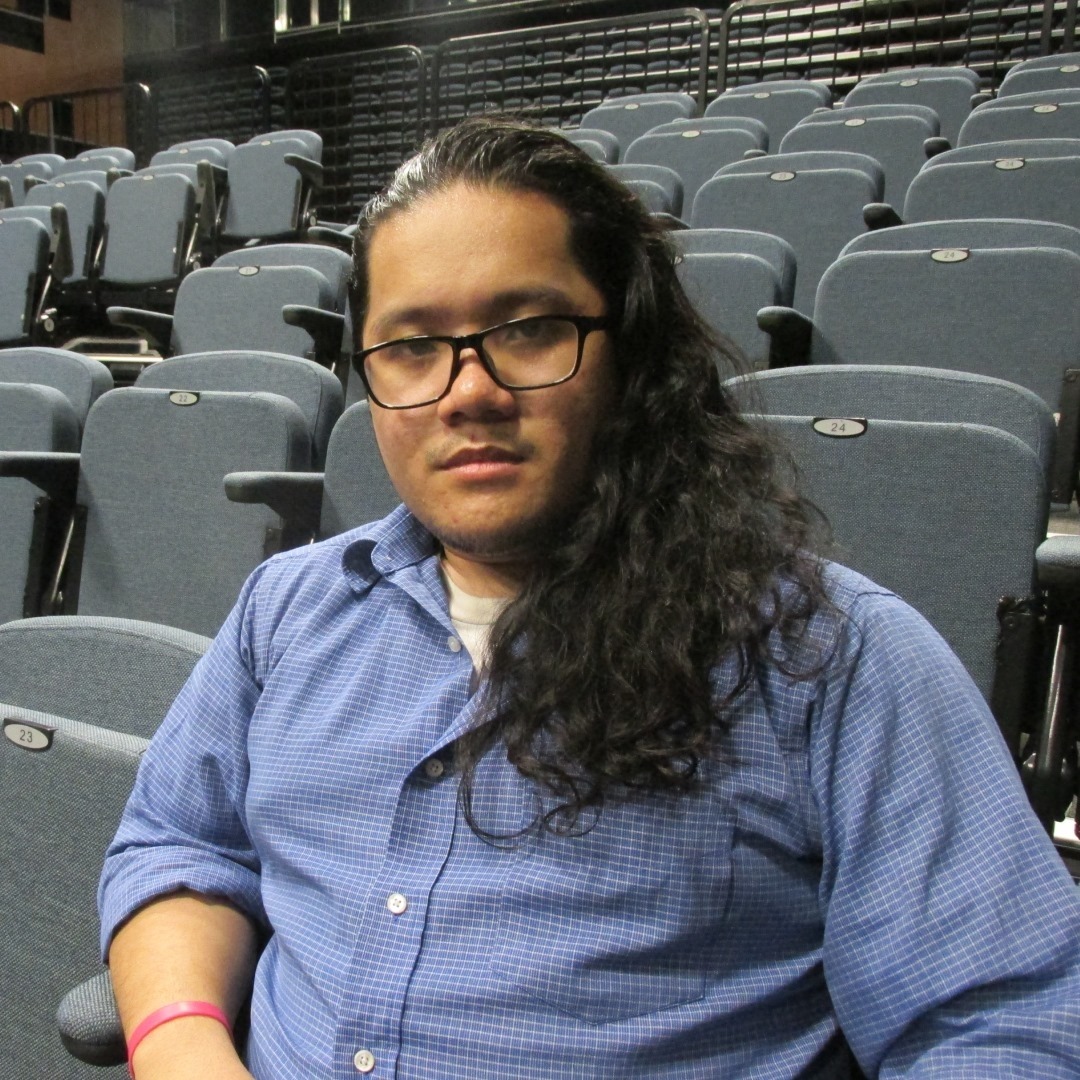 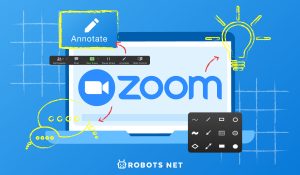 How to Annotate on Zoom for Productive Meetings? 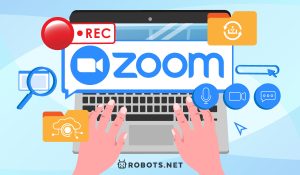 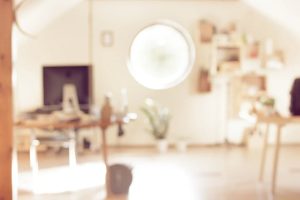 How to Blur Background on Zoom for Extra Privacy 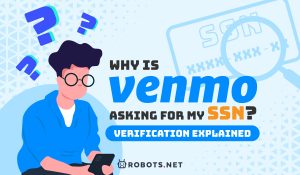 Why Is Venmo Asking for My SSN? Verification Explained