Playing games is a great pastime to have. When you’re bored, you can plop into your sofa and enjoy a great game. But some games have a more forceful game design. FPS games, open-world bonanzas, racing games, and fighting games have a weight in them that you can’t experience for yourself, as you’re in the real world. However, you actually can feel your character’s emotions through the use of Haptic Feedback.

What is Haptic Feedback?

Haptic feedback (also called Tactile Feedback or Haptics) is the usage of vibration and waveforms to pass information to a user. The word ‘haptics’ is derived from a Greek phrase which translates to “I touch.”

There are plenty of products that aim to enhance the user’s experience. Historically, these products use either audio and/or visual alerts like LEDs, beeps, and music among other methods. Haptics uses a vibrating component like a vibration motor or linear resonant actuator. This component is powered by an electric circuit. This allows the haptic driver chip to take over the microcontroller and control when and why it will create vibrations.

How Does It Work?

A gamer, or anyone that has a smartphone in general, knows full well about vibration feedback. Whether you’re receiving a text or phone call, firing an MG in an FPS, or smashing your car with another on a racing game, that intense vibration by the device is a very familiar feeling nowadays. However, the problem with the vibration present in controllers right now is that it’s all too the same.

Haptic feedback aims to change the way people experience video games. Haptic feedback improves on its predecessors’ efforts to offer an authentic in-game experience. Instead of being monotonous, haptic feedback will give gamers varying degrees of vibrations. This can range from subtle to very robust effects.

While improvements in the graphic department will come in slowly once the next-gen consoles arrive, haptic feedback will be there from the start. Controllers for the PlayStation 5 will feature this technology. This will make playing games more interactive, and the rumblings will be natural for better immersion.

Video game companies might have adopted haptic feedback to enhance gamer experience, but it was already out in the wild before. When Apple introduced its Taptics technology way back in 2015, we’ve experienced tactile sensations through various means from iPhones to Apple Watches.

This tech already extends to gaming consoles. The Nintendo Switch, for example, already has haptic feedback in its Joy-Con controllers. If you own a Switch, you can try out the 1-2 Switch feature. 1-2 Switch boasts several mini-games that will allow you to enjoy the haptic feedback features of the Joycon. These games will allow you to feel in-game activities accurately.

However, this feature is known as Rumble HD and not haptic feedback. Remember the Nintendo 64’s Rumble Pack? Well, this is the successor that strives to make you enjoy games more.

It’s not just Nintendo that’s already taking a closer look at haptic feedback. Microsoft tested and introduced the tech into their controllers through the original launch of the Xbox One. Impulse triggers came with the Xbox One controllers. This controller’s features include adding four vibration motors to the gamepad. There’s one behind each of the gamepad’s trigger, and one in each of its grip. All of this creates a greater sense of in-game depth and directionality, especially when it comes to tactile experiences like car crashes, gunshots, fishing reels, and Michael Bay-esque explosions.

Another company that has adopted haptic technology is Razer. Razer is known for making peripherals instead of console units, but they are now experimenting on applying haptics to their products to provide a better gaming experience.  When their Nari Ultimate Headset came out, it came with Hypersense. Hypersense is Razer’s haptic feedback tech which produces vibration feedback by using the headset’s earcups. This aims to improve a player’s immersion with vibration and positional feedback effects.

Razer’s Hypersense vibration drivers also allow users to experience more frequent bursts. This means that players can also be alerted to subtler sounds such as footsteps or something that’s further away from the player.

How Did Haptic Feedback Revolutionize Gaming?

Haptic feedback has seen use in the realm of video games for quite some time now. Most peripherals have some sort of haptic technology imbued into them. For example, a flight simulator joystick can alert the player of his in-game plane stalling and losing lift through heavy vibrations.

Newer devices will look to adopt haptic feedback as one of their features in the coming years, opening up new and exciting possibilities for game development. Currently, haptic feedback is limited to simple surges of vibrations when playing a video game. However, the next generation of consoles is adopting the full spectrum.

We now have an extensive list of games that feature various settings and weather effects such The Legend of Zelda games, Horizon Zero Dawn, and The Elder Scrolls series. Haptic feedback can add an interesting dimension to these already-immersive game worlds. Haptic feedback compatibility can give these games or the next sequels in their respective franchises to provide more experiences such as feeling raindrops, wind effects, and others.

A great implementation of this tech is when you’re looking for hidden treasures in-game. You could also use the haptic mode to pick it up. You could take this even further beyond and also have small puzzles placed in hidden locations, where you have to feel the differences between the haptic vibrations to find your way.

Haptic feedback’s capabilities don’t end there as well. They have a myriad of different capabilities that we’re going to discuss below.

Pros and Cons of Haptic Feedback

The advantage of haptic tech is that it makes a special tactile form of communication possible. It uses the user’s sense of touch and feeling to send particular intuitive information. Furthermore, haptic technology is a great way for a user to interact with a PC or other types of haptic device or console, and have said device display the info on the screen for the player to use.

Haptic technology can be pretty expensive to incorporate to dives or video games, so there are times that companies can’t spend or implement it without compromising their project’s other aspects. Since the tech is still being introduced, it’s still relatively expensive. Haptic interfaces might not be an affordable buy to your average income homeowner and/or mall business.

What Fields Is Haptic Feedback Used On?

Haptic feedback is typically used in games, with special emphasis on racing and FPS video games. One early example is with Sega’s Moto-Cross or Fonz. You can feel the force of colliding with another vehicle through the handlebars. Tatsumi launched the TX-1 which introduced forced feedback to everyone.

Simple haptic features can also be found on different gaming peripherals throughout the years. Another example of early haptic feedback usage was when the Nintendo 64 had the Rumble Pak add-on to controllers. Microsoft had a share of the pie by launching the SideWinder Force Feedback Pro, a product that comes with built-in feedback. Also, Sony and Microsoft’s controllers come with built-in feedback as well.

Lastly, video game racing steering wheels also make use of feedback to improve player experience. These steering wheels replicate real-life and in-game scenarios such as refusing to let go of the wheel for too long.

Tactile haptic feedback is a common feature in cellular devices. In many cases, this usually comes through vibration response to the sense of touch. Alpine had its PulseOne technology implemented for its touch-screen stereos and car navigation units. The HTC Nexus One features haptic feedback as well. Samsung also released phones with haptic feedback which can be dated back to 2007.

Surface haptics is present in some phones and this allows users to feel more sensations when touching the screen. Tanvas, a company that specializes in touch screen technology, uses electrostatic energy to improve user experience. Meanwhile, ultrasonic technology is also present in the TPaD, used to improve on the slipperiness of glass screens.

Apple got the patent for haptic technology on multi-screen devices in 2013. Their U.S. Patent for the “Method and apparatus for localization of haptic feedback” describes that 2 actuators will be placed under a multi-touch screen. Every touch a user makes to the screen will give the user feedback via a sensation or vibration.

Specifically, one of the actuators will take care of feedback vibrations while the other localizes haptic feedback and blocks the vibration from spreading. This will most likely be for a keyboard or an interface.

Haptics is also starting to see usage in Virtual Reality and is augmenting the visual experience with touch simulation. Systems will see use for haptics in 3D design and modeling. This includes systems that allow holograms to be seen and felt at the same time. Some companies are creating wearable peripherals to enhance the experience. These wearables include vests that can simulate in-game impact.

Teleoperators are robotic devices that are remotely controlled by humans. Haptic teleoperation happens when the device gives feedback on forces involved to the operator. Teleoperators has been around for more than half a century now and are used mostly on jobs dangerous to humans. Since then, force feedback has been incorporated to teleoperators on a bigger scale.

Devices like medical and flight simulators ideally have similar force feedback to real-life situations. Haptic operator controls make it possible for these teleoperator machines to save data on sensations and other simulated forces.

Haptic feedback is an important factor when performing crucial tasks through telepresence. The Shadow Hand, for example, is an advanced robotic hand that has a maximum of 129 touch sensors that are embedded in the joints and finger pads of the hand that can relay information to the user. This makes touch-sensitive tasks doable with ease.

Haptic technology also sees use in the medical field. Haptic interfaces are responsible for simulating procedures for medical and dental purposes. The Ohio University College of Osteopathic Medicine had a virtual haptic back added to its curriculum. Telepresence surgery is now possible as well due to haptic technology. As the surgeon works on a patient, he’ll feel the simulated feedback of a person’s body for added realism.

For individuals that have upper limb motor dysfunctions, robotic devices that utilize haptic feedback could also be used for their neuro-rehabilitation. End-effectors and either grounded or ungrounded exoskeletons have been made to assist in restoring a patient’s control over their body. Haptic feedback can help a patient to recover and immerse themselves in sensory function once again.

Haptic technology also sees use in different forms of art.  Haptic technology was heavily featured at the Tate Sensorium exhibit. In the area of music, Teenage Engineering showcased a haptic subwoofer module for their OP-Z synthesizer. This will allow musicians to feel the bass from creating music.

Haptic and force feedback is essential in taking care of pilots and improve aviation safety. These two can avoid a pilot from going astray. However, it will combine with the pilot’s awareness and reflexes for a better flight.

Parts Needed to Build a PC: A List of Essentials

How to Overclock Your GPU for Superior Performance 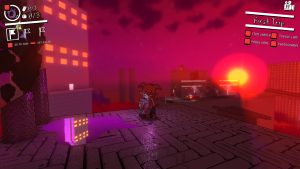 Demon Turf Review: Is the Game Worth Getting? 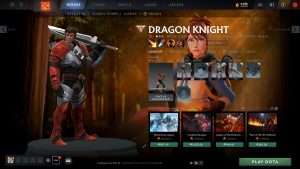