Robots have been among us for a good two or three decades now. Nowadays, robots are more ingrained in our culture than ever before. Most robotic machines are in use in various assembly lines or perform intense physical operations in mines or industrial facilities across the world.

There are also home robots where engineers are programming robots to clean your house or perform other housekeeping duties. As of now, robotics programming is able to produce robots that perform relatively simple daily tasks. There are specific challenges in programming your own robot because a fully operational robot for home or office use requires six degrees of freedom (6DoF) to operate in the real world’s three-dimensional space.

With that being said, your journey in learning about robotics programming should start with the 6DoF. This includes robotic capabilities to move forward and backward, up and down, turn left and right. It should also be able to rotate about three perpendicular axes, which are called pitch, yaw, and roll.

It is not that easy to learn how to program a robot that is able to perform all these moves and operate relying only on information coming from a limited number of sensors. Our robotics for beginners guide will give you the basics you should start with when programing your first robot.

Introduction to Robotics: How to Program a Robot

Let’s start our robotics tutorial with the statement that your understanding of a robot as a smart machine is wrong. First of all, a robot might well be just a piece of software that has no physical presence in the real world. Java robotics programming is used to make foreign exchange trading robots that operate on different hardware such as computers, tablets, and smartphones. None of these Forex-trading robots have a physical body; these are just algorithms programmed to trade currencies in accordance with the set rules.

We also have autonomous robots and robots that need only limited or no autonomy to operate. Coding for robotics is different when you have an autonomous machine and another that performs a limited number of repetitive operations in an industrial environment. A good example of this is the robots that weld car components in an assembly line.

The problem of robotic programming depends on what you need to design. An autonomous robot will probably require certain machine learning capabilities or some degree of artificial intelligence, so you might have to use a different programming language compared to a robot programmed to perform a select number of functions.

There are ongoing debates on how to program a robot and which programming language is the best one for robotics programming. Actually, it always depends on your ultimate goal and any language could fit the bill if you know what you want and how to achieve it.

There is a broad consensus that robotics programming should rely mostly on languages such as C/C++ and Python. C and C++ are the languages with which robotics beginners start, but you cannot just stick to these two languages if you want to develop as a good robot computer scientist.

Coding for robotics involves also numerous industrial robot languages by manufacturers of robotic equipment. Learning Pascal is a good starting point. This software deals with some of these proprietary robotics programming languages. But you still need to learn each of them in detail.

MATLAB is another tool you need to master when you study how to program a robot. Programming robots involves lots of mathematics and data analysis. You need the proper means to process data and get reliable results from your hardware and software sensors if you are to have your robot working as intended.

Once you have some knowledge in programming with C/C++, Python, Java, or another language used in robotics, the time has come to program your first robot. We suggest starting with a software robot as it is far easier to write a program code that performs functions not related to the control of a physical device.

Image recognition and more recently natural language processing are among the core problems robotics scientists must solve in order to design robots that mimic human behavior. So, let’s start our robotics programming tutorial with a simple algorithm to secure your home or office by introducing a robot that uses a connected camera to recognize faces.

How do you program such a software robot? All it takes are the following steps:

It does not matter what programming language you will use to program the software to perform this set of commands. Your first robotics programming algorithm will execute the above steps over and over again once the triggering condition is in place (i.e. someone activates the motion sensor at your front door).

This a simple robot that uses programmable hardware. In this case, the hardware includes a motion sensor, a camera, and a computer that will hold your database of known faces resides. The computer is especially needed to perform the very simple action of unlocking a door.

Further Discussion on How to Program a Robot

Now that you have recognized your first visitor and let them in, you may decide to place a robotic arm that takes your visitors’ coats and place them in a wardrobe.

What you need is to control a dynamic system that involves sensors and a robotic arm. What the arm should do is to recognize the coat in place, get it, and place it somewhere. How you do that? Your robotic arm programming will involve the following steps:

The process involves lots of mathematics and a constant flow of reliable data if you want your robot to get the coat and store it for your guest. It is about processing sensor data in real-time and then applying the fundamental logical operators “if” and “then” to control your robotic arm. If we simplify it further, you perform programming like “if too left, then move right” and “if too low, then move up.” That is how coding for robotics works.

Final Thoughts on How to Program a Robot

Robotics is developing very fast. Keeping up with the latest developments in the field of programmable machines requires efforts that go beyond the familiarity with one or another language that is suitable for programming robots.

If you really want to master how to program a robot, you need to understand a robot’s requirements and capabilities at both hardware and software level. Thankfully, a number of platforms enable robotics programming for beginners. This is done by eliminating much of the difficulties pertaining to knowing how hardware operates. It can also be done by programming systems at the level of zeroes and ones.

What you basically need in robotics for beginners is to have programmable hardware or pre-programmed software modules. Afterward, you can program to perform certain operations. In any case, you will need to learn one or more programming languages such as C/C++, Python, LISP, or Java to make even the simplest software/hardware robot work. When you advance further, it is advisable to get acquainted with tools like MATLAB. This ensures you are in full command and control of your robots. 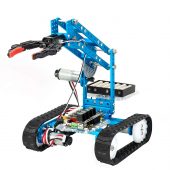 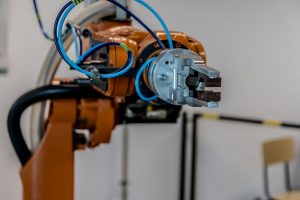 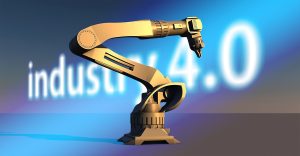