Anime or Japanese Animated Cartoons is a big part of people’s childhood. This is true, especially to the younger generation. Of course, nostalgia is a big factor in the success of an Anime series. Older titles still receive love today because of this. Add to that, there is a constant stream of newer titles getting a release. This makes anime streaming services a big hit among fans. Crunchyroll and Funimation, are the two leading names in this industry. But, who is better Crunchyroll VS Funimation? Which streaming service should you sign-up with? What are the pros and cons of each brand and how will they meet your anime cravings?

It’s better to look at both sites and present their pros and cons. We’ll also take a look at their catalog of Anime available. When looking for the best anime streaming sites, these two are the best picks. That’s why we will discuss why is it for and not for you. We will also showcase the subscription packages that they offer. This is important for people who plan to subscribe on either a short-term basis or a long commitment.

Crunchyroll Anime–yes, it’s not Crunch Roll Anime– is one of the most popular streaming sites in the world. Not only anime but Crunchyroll also offers Japanese drama shows and Manga. Yes, Crunchyroll even has Manga on their website. If you’re looking to catch-up on the latest anime and manga, Crunchyroll is a one-stop-shop.

Crunchyroll has a wide array of anime and manga titles in its catalog. These include Dragon Ball Super, Attack on Titan and Naruto Shippuden among others. There are still other anime titles that you can watch once you’re subscription is good to go. Crunchyroll’s catalog for anime streaming and mana is very simple and organized. These titles are available by popularity, recent updates, alphabetical among others. It doesn’t have the flash that another anime streaming site has but it gets the job done. Crunchyroll is also in a partnership with many media companies including Bandai Namco.

Crunchyroll’s catalog contains a mix of old and new anime and manga that everyone can enjoy.

When it comes to the discussion of Crunchyroll VS Funimation, we also have to check their mobile apps. People watch anime and read manga on their phones. These people should have access that’s something on the go.

Like its website, the Crunchyroll App is simple but functional. The familiar orange and white motif of Crunchyroll is all over this app. Like the website, you can have access to anime, manga, and dramas. Crunchyroll’s app is downloadable on Apple and Android devices. With a simplistic and functional design that is identical to their website. This can sway you in the Crunchyroll VS Funimation debate. Did I mention that the app is also available for video game consoles?

Crunchyroll Premium gives you access to every content on their website. For now, you can try Crunchyroll free of charge if you subscribe to their Premium service. This is a 14-day trial that allows you to watch all the anime and read all the manga you want. For a sum of $7.99 plus taxes, you can now see the anime you want without ads. You will also have access to them an hour after showing in Japan. Now that’s value, especially if what you want is in their catalog.

After introducing Crunchyroll, let us now talk about the other side of the coin.

Now, let’s talk about the violet side of the fence. Funimation is famous for bringing dubbed versions of our favorite anime series. Funimation is a big name when it comes to anime streaming. For taking anime into the mainstream, it is no surprise people trust their brand. Funimation’s website differs from Crunchyroll is that its sleeker in comparison. Funimation boasts a big catalog that can match-up to any free anime streaming site like Gogoanime.

Funimation’s anime catalog is one of their strong suits. You have an array of the greatest and latest anime available on the planet. You can select from a huge selection of genres that you can pick from. Whether you like drama or action, you’ll find something that will suit your preference. Speaking of Catalog, in some regions Funimation also has a shop. This shop sells collectibles and other trinkets from your favorite shows.

Like Crunchyroll, the FunimationNow app is a recreation of their website. Although the App is more friendly to whatever device you are using it on. The app is available as well for both Android and Apple smartphones. This allows the user to watch their favorite anime while they’re on the go. Whether they’re waiting for the bus or on a train, Funimation Now allows them to watch anime.

If you’re looking for access to the latest episode of your favorite anime then Crunchyroll is a good choice. Their monthly subscription allows you to watch an hour after it went live in Japan. Not only that but you can also read your favorite Manga in their catalog. Looking to decide on the Crunchyroll VS Funimation debate? If all of these suits you then, subscribe to Funimation now.

It all comes down to your preference. If what these two brands offer attracts you, then you should pick the more attractive one. Crunchyroll VS Funimation has one winner, us.

If you’re looking for an alternative to these two, you might also want to try Amazon Prime Video.  Sign up now by clicking this link today!

Lastly, if you are looking for sites to download anime from, we have an article to help you out. 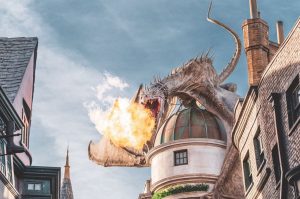 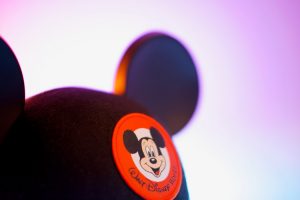 How to Watch Disney Animated Movies in Order 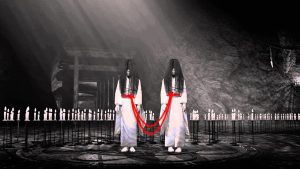 Gotham Knights Preview: Everything You Need to Know