The availability of the internet nowadays allows us to reduce printing needs—fewer posters and other printed advertisements. Old computer games that used to be the talk of the town now seem so accessible, all because of its availability online.

All of these are thanks to torrents. But what are torrents? Why do downloads need to begin with them?

Disclaimer: If you want an alternative to torrenting you can sign up to Amazon Prime Video today!

Bram Cohen, a Python-language programmer, originally conceptualized torrents. This was back in 2001 when he worked on one of his final projects called MojoNation. Also called BitTorrent, it’s a method of distributing large data files via a peer-to-peer (P2P) file-sharing system. With this protocol, people can break down files into small loads of encrypted data. These are then divided into computers that run the same software. Cohen designed this to help users download files in a short period from several sources at once. The BitTorrent protocol is completely different from downloading at slow speeds. Then again, if the popularity of the file is high, the download speed goes with it.

Torrenting allows a network of users to share and download any type of content. It all starts with a torrent file. The torrent file doesn’t have the actual content that you want to download. It only serves as an instruction on how to locate your desired content, which is directed to the torrent client. The BitTorrent clients are the programs you use to download using the BitTorrent protocol. They enable P2P file sharing on the internet. If you’re looking for Popular torrent clients, here is a guide. The best torrent websites are The Pirate Bay and Kickass Torrents, where users visit to download their much-anticipated movies.

There are different roles in the network of BitTorrent protocol. Here are some of the terms you need to know:

How Does Torrenting Work?

In a P2P file-sharing network, all the peers sharing a single file contributes to speeding up the download of data. Unlike the client-server which slows when more users download on it, P2P works efficiently with more users in the network. They don’t have to wait for the whole file download to complete. Users can share any part of the file they already have with one another as soon as they’ve been downloaded.

There are a lot of torrent websites to search from but one should be careful in downloading from these certain sites. Later on, the dangers of torrenting will also be discussed.

To obtain the shared file you want, you need to get the torrent file by downloading the ‘.torrent’ file directly. You can also opt to download the magnet link if there’s any. Next is to open this file on a BitTorrent client (uTorrent, qBittorrent). This software automatically scans the torrent file to find the location of seeders that share the particular content you want to get. Once the file you want to download is found, check the number of seeders. You can also read feedback about the file if available. It is best to go for torrents that have a lot of seeders.

Issues and Concerns on Legality

In a general sense, torrenting is an alternative method of transferring files between several devices. It’s technically legal, but users abuse the help it provides by sharing pirated data files. Torrenting can only be labeled illegal when piracy is present. Popular torrent websites are shutting down because of this. At the same time, administrators are making clone sites to continue their file-sharing features. One needs to understand that most of the files in the P2P file-sharing network are copyrighted. Copyrighted files like movies, music, and games that are downloaded and caught by Internet Service Providers (ISPs) constitute digital piracy. ISPs collaborate with law enforcement agencies and postpone further downloads by detaining the responsible users. The general advice is to practice downloading legal torrents only. While several countries are BitTorrent-friendly, every user must still check copyrights of content that they download from torrent websites.

The Computer Fraud and Abuse Act (CFAA) or the United States’ cybercrime law covers multiple areas of computer-related crime. This includes the act of digital piracy as well. Regardless, the U.S. cybercrime law guarantees that the rights of computer users and the communication of all citizens are protected. The United States’ CFAA is considered to be both a statute and a criminal law. It compels the government to take action, demand compensation, and any other arrangement or equitable relief in favor of people or organizations covered by the said law. In many instances, groups have sued individuals who have committed crimes regarding digital piracy.

Computer users often encourage using Virtual Private Networks (VPN) when downloading torrents. VPNs serve as a blocker that hides IP addresses and covers one’s activities online. If a VPN fails to do its purpose or if a person doesn’t use one, their ISP will be able to see the websites and files a user has browsed and downloaded. Paid VPNs are considered to be more effective than free ones. Click here for more information on how to set up a VPN on your own home. 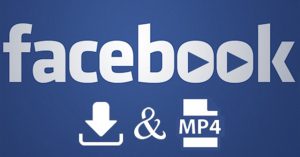 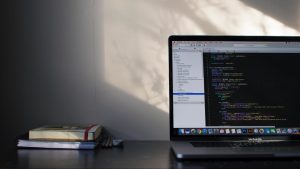