Blockchain is officially the next big thing in information technology. The reason for this is it allows you to create distributed and secure applications that have unparalleled transparency and dependability while automating many manual tasks. You can find plenty of articles describing what is a blockchain and why it is so useful. However, there is a dearth of practical information about how to build an application.

In this tutorial, we will explain in a general way everything you need to know about creating and setting up your blockchain application using Ethereum, which is one of the most mature, popular and sophisticated blockchain platforms available.

The Basics Of Blockchain Architecture

Before you can build a blockchain application, you first must understand what exactly it is and how it differentiates from a standard web application. This will significantly alter how to develop, test, and deploy it.

The data structure of a blockchain is surprisingly simple. It is just a block of data records, known as transactions, chained together. This is how a blockchain gets its name.

Each node in a blockchain maintains the same data blocks. Moreover, each confirms every transaction posted to it. It further prevents any manipulation of this data while giving participants equal access to it.

Unlike many blockchain platforms such as Bitcoin, Ethereum was designed specifically for building decentralized applications (DApps), which effectively allow you to create your blockchain design on top of Ethereum’s blockchain. This not only provides you with the basic foundations of your application but also eliminates the need for you to reinvent the wheel. You simply add your shine to it.

While there are many blockchain platforms you can build your application upon, none is more mature and battle-tested as Ethereum. There are currently more than 2,500 Ethereum DApps, which are the most by far of any blockchain platform. The platform also provides you with a wide range of options when it comes to programming languages and tools, giving you tremendous flexibility when building your application.

Blockchain Applications That Can Be Created With Ethereum DApps

These applications allow two users to exchange money to settle a smart contract. The blockchain nodes confirm and register all transactions made within the application. This can be possible by paying of gas, which is a nominal amount of Ethereum currency known as Ether that goes to the node operators for their efforts in confirming and recording the transactions.

Examples of financial DApps that you can build include:

These applications are similar to financial DApps with the exception that they require data that exists outside the blockchain to complete the smart contract. Blockchain can have the information through oracles. As with confirming and registering transactions, users pay oracles Ether for providing this data.

These applications are likely the most interesting for those looking to create general-purpose blockchain applications. They allow you to securely record and view transaction data, and they are useful both for-profit and nonprofit uses. These include:

There are a great many programming languages and frameworks that you can use to develop Ethereum DApps. Which you use will largely depend on what you are developing and what your expertise is. But here are some of the most popular choices:

There are several different ways of how you can use JavaScript to program Ethereum DApps. One of the best is Web3.js, which is a library specifically designed for blockchain development. You can also use a wide variety of front-end frameworks to enhance the client end of your applications (assuming that there is one), such as React.js.

There is a version of Web3 for Python, too. Developing DApps with Python is not necessarily inferior or superior to JavaScript. It is usually just a matter of preference. Like with JavaScript, you can use other common Python libraries when developing your applications, such as front-end libraries.

Solidity is a computer language that was developed specifically for creating Ethereum DApps. It is a scripting language that has a similar syntax as other common programming languages, and it runs natively on top of the Ethereum blockchain. One of the many positive aspects of using Solidity to develop Ethereum DApps is that you can also use the Truffle Framework, which includes an extensive set of development tools for testing, deploying, and migrating your application.

How To Create An Ethereum DApp

The first thing you should install before you begin developing blockchain applications is Ganache. Created by the same company that makes the Truffle Framework, Ganache lets you create a personal blockchain that you can use when developing Ethereum DApps. This blockchain is independent of what programming language you use to develop your application and runs on all major operating systems. To utilize all its functionality, you will also have to install Node.js in your development environment, if you have not already done so.

Another essential tool for blockchain development is the Metamask Ethereum Wallet. This is a Chrome extension that effectively turns your web browser into a blockchain browser. It will allow you to view your blockchain application in the same way a normal user would, and it will also let you manage the Ether transactions that your application makes.

Very few computer applications are completely original. This is especially so of blockchain applications. So, it likely will make little sense to try to completely build yours from scratch. You should be able to find a working code for an application that has similar functionality as yours. Copy as much code as you can before expanding and improving it.

Also, break down the application as much as possible into small modules that you can later incorporate into a larger application. The front-end part of the application, if there is one, should be completed near the end of the development process.

Testing your Ethereum DApp is a step that is just as important as developing it. Unlike most other types of software application, there is little or no room for failure in a blockchain application. In this respect, blockchain applications are much like computer hardware: its critical functionality must function perfectly at startup.

As you develop your Ethereum DApp, you should test it on the Ganache personal blockchain while making transactions on the Ethereum test net so that you do not have to use real money. You should further spend a considerable amount of time developing unit tests, which will thoroughly test all aspects of your application. Like when developing your application, you should make liberal use of the work of others when doing this.

The final step in testing the application is to run transactions against the live Ethereum blockchain. This will, of course, cost some money. So, you should only do it when you have high confidence that the application is functioning flawlessly.

After fully developing and testing your application, the final step is deploying it. This will entail hosting the application, which is much like hosting a normal web application. There are even free options, such as IFPS. You will also probably want to purchase a domain name for the DApp as well. 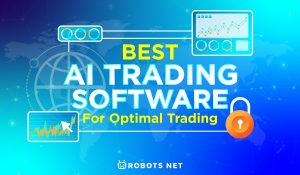 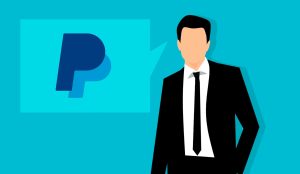 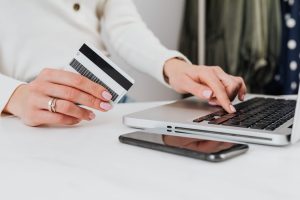