Earth is nothing but just a small dot in the quintillion stars and planets that forms part of the universe. The infinite possibilities and wonders the outer space offers are often subject to human curiosity. Humanity’s eagerness to delve into the unknown world, despite the risks, is relentless but still a little to no avail. Good thing that in our era, we no longer have to risk a life just to have a peek outside our world. No Man’s Sky VR paves the way for us to experience what is like to fly beyond the stars, risk-free.

No Man’s Sky, developed by Hello Games, was first launched in 2016 as an action-adventure survival game for the PlayStation 4, PC and later for Xbox One. Today, No Man’s Sky continues to evolve as it launches its latest update with the virtual reality (VR) feature that is both supported on PC and PSVR. Simply calling itself “BEYOND”, this significant update on No Man’s Sky marks the third anniversary of the galactic sandbox game. Apart from the VR feature, the excitement continues as the update now even allows players to challenge their friends with the add on multiplayer mode.

Update 2.0 broadens the whole experience across the entire game. No Man’s Sky VR still revolves around the games’ original pillars: exploration, survival, combat, and trading. The players or Travellers, as called in the game, takes the role of a specimen of alien humanoid planetary explorer equipped with a survival exo-suit. Repairing and refueling the crashed spacecraft where Travellers landed upon starting the game is the players’ main goal. Doing so would allow them to fly and jump into other planets.

If you still haven’t tried out the latest version of No Man’s Sky yet, this article could be a helpful guide as you take on your next voyage in the skies. So grab a seat and relax as we take off to the new world of No Man’s Sky.

Before we proceed to the meat of this article, let us first take a look at the major expansion of No Man’s Sky on its previous versions. Prior to the Beyond update, the game has already had 4 major updates.

This version also allows the players to choose a home planet and has introduced the base-building mission to the game.

The second update of the game was released on March 2017, months after the first update was made available. Dubbed as the Update 1.2, PathFinder introduces base sharing and planetary vehicles paving a way for players to explore outposts made by others. No Man’s Sky Path Finder also includes visual improvements that allow players to explore the universe in greater detail.

This update marks the 1 year anniversary of No Man’s Sky, centered on expanding the central storyline of the universe. At Atlas Rises, the fabric of existence has started to falter and new inter-dimensional race has appeared. The storyline brings new context and procedurally-generated mission to the game.

This expansion also adds the joint exploration mode that gives a hint towards a multiplayer for No Man’s Sky.

The NEXT version is a big jump to the gameplay of New Man’s Sky as it adds on a multiplayer mode. This allows friends or random players to team up and explore the universe together. An unlimited base building was also introduced including communal bases, farms, and racetracks.

Drastic visual overhaul is also among the highlights of New Man’s Sky NEXT. In this version, the planetary terrain was dramatically improved that brings the environment to life.

The newest version of No Man’s Sky added support for the full rebinding of PC controls via Steam and OpenVR. Players can experience a range of motion controls using Oculus Touch, Valve Index, or Vive Wand. On PS4, the game may be played in PSVR with a DUALSHOCK4, or with PlayStation Move controllers for full hand tracking.

No Man’s Sky Multiplayer and Missions

No Man’s Sky has been gearing up with player connectivity since its initial launch in 2016. With the release of No Man’s Sky VR, multiplayer has now become a significant component of the game. No Man’s Sky Beyond expands the multiplayer experience first introduced in the NEXT version.

Called the NEXUS, the space anomaly has been turned into a teleporter that instantly warps the player to a large social hub of up to 16 players at a time that can be accessed anywhere in the universe. The player count has been raised from 4 to 8 on the console and from 4 to 32 on PC. 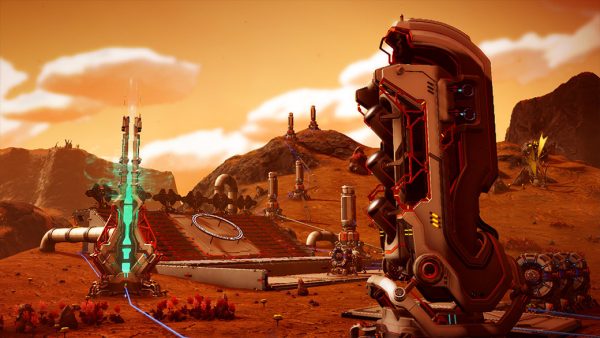 No Man’s Sky has also added new types of multiplayer missions from the space anomaly via NEXUS. This includes building bases and specific structures. Players can group up with other players to undertake missions for Nada and Polo and earn rewards. If a player heads up to a community mission, every player who is currently in the Nexus will be notified and will receive an invitation to join.

Another feature added in the No Man’s Sky VR update is the ability to interact with Non-Playable Characters (NPCs). NPCs can now also move around within their environment and directly interact with other environmental elements. 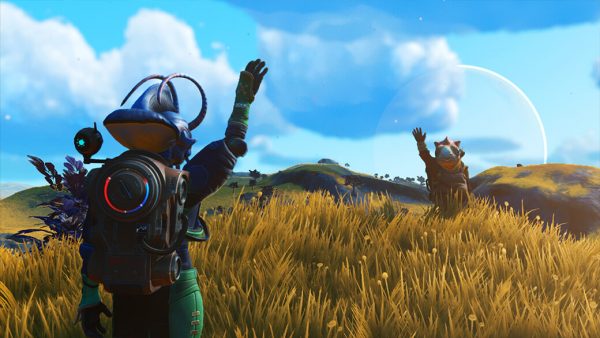 Upon landing on other planets, players would be able to interact with different creatures by taming them with bait. Players can ride and milk any tamed animals found on land. They can also harvest them for cooking should they want to eat with friends.

Alien races have now also their style of speech through different text printout speeds. This allows players to direct the flow of language acquisition when interacting with NPCs. They can practice using the words they know when speaking to alien lifeforms and observe the results.

How to Join No Man’s Sky VR Multiplayer Game? 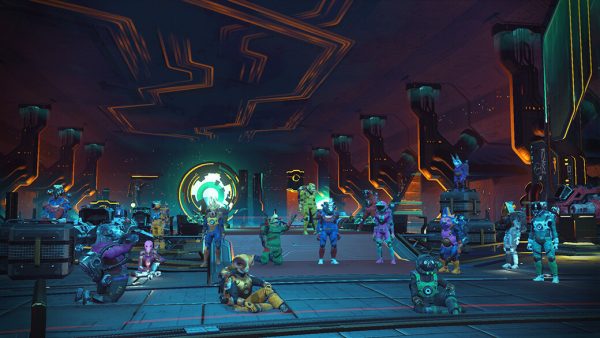 There are two ways of joining a multiplayer session in No Man’s Sky VR. Players can either do it through the Nexus or by simply joining friends in their game. On the main page, players will have to select either to Start a game or Join a game. Choosing Join a game will redirect players to a list of the worlds being played by their friends on that day. The player will have to load a saved game after selecting a friend to play. Then, Long press **x// on which save you want to use in your friends game. You should then appear in the system above the planet your friend is currently on.

Sure everyone is ecstatic with the idea of No Man’s Sky adding VR support for PC and PSVR. Not to spoil you, but No Man’s Sky VR has also its downside. Some users of PSVR headsets have been reporting about performance-related problems with the game, such as lower resolution.

Others have also reported crashes occurring in and lower framerate after visiting the space anomaly. Network connectivity issues could prevent players from speaking to NPCs aboard the space anomaly, as reported.

As per Hello Games’ statement, they have already released a patch addressing the minor issues regarding resolutions and crashes.

Is No Man’s Sky VR Worth a Try?

Despite critics saying that No Man’s Sky is repetitive and lacks vitality, the technicality of the procedurally-generated universe is still impressive. The inclusion of No Man’s Sky multiplayer feature made a 180° turn to the game, changing its entire course. No Man’s Sky VR will surely test the players’ endurance to their limits.

Getting an update will not be a pain, after all, No Man’s Sky VR is free for existing owners. You need no separate purchase for the update, all you just need is the base game.