What would you do if you had the power to feel other people’s emotions? This is the struggle Alex Chen goes through in Life Is Strange 3: True Colors. In this new installment to the Life Is Strange series, we explore the town of Haven Springs as we solve a grave mystery and struggle to master our newfound powers.

Before its release in September 2021, let’s look over everything we know about the exciting new game.

What Is Life Is Strange?

Life Is Strange is a series of episodic games from Square Enix that center on making the right choices. It’s almost like a visual novel game but more interactive. The games also mainly revolve around a main character with a unique ability, as they move through the world around them.

There are three existing games in the series — two seasons and a prequel — with Life Is Strange 3 coming up. We’ve compiled all of the information we can about this upcoming new installment.

Deck Nine took over for DONTNOD in this installment of the series. They worked on the prequel, Before The Storm, where you’ll find several familiar faces that appear on True Colors. Deck Nine will also be working on the Life Is Strange: Remastered Collection, redesigning the graphics of the first two games.

True to its predecessors, Life Is Strange 3 will be a point and click, choice-based game.  You can walk around and observe items and people, which will help you interact with them. The game is largely focused on single-player gaming; however, you’ll get a multiplayer aspect at the end of each episode. There, you can take a look at your friends’ choices throughout the episode and see how they match up with yours. That said, you should make sure you have the optimal internet speed for smooth online gaming.

As we said earlier, Life Is Strange is a vignette of the lives of extraordinary people, often dabbling in magical realism. In Life Is Strange 3, we find ourselves in the shoes of Alex Chen, an empath. We follow her life in Haven Springs as she reconnects with and eventually loses her brother Gabe. In the aftermath of his death, she struggles to hide her emerging powers. That is, until she realizes she can wield it to figure out why Gabe’s death doesn’t add up.

As an empath, she can use her powers to tell what other people are thinking or feeling. In the trailer, it was shown that she can even see color auras that depict their mood. If she could use her powers enough, she can even decipher why they are feeling a certain way. Theorycrafters posit that it is possible Alex goes into another world when she does this, leaving a ton of possibilities for gameplay.

With her newfound powers and friends, she uncovers the mystery of her brother’s death once and for all. The season is supposed to be five episodes long.

The main character, Alex Chen, has been highly anticipated by loyal fans for years now. This Asian-American dabbles in music, leaving a lot of room for musical gameplay. We’re hoping for something in the vein of The Last of Us 2. Aside from her brother Gabe, there are other seemingly colorful characters in Haven Springs that players can’t wait to meet.

Since the character is also bisexual, this leaves a lot of new choices in love interest. Based on the trailer, it looks like players will get the option to choose between her brother’s best friend Ryan, and Before The Storm’s Steph.

The setting of Haven Springs is quite similar to Arcadia Bay, the town from the first game. That said, we can only hope for more easter eggs and character cameos.

Since Alex’s character is very musical, the soundtrack is a crucial part of the game. During Square Enix’s digital showcase, it was revealed that singer and YouTube sensation Maia (mxmtoon) will lend her singing voice to the main character. They even debuted one of the featured songs, a cover of Creep, during the show.

The game will also showcase folk and indie-pop songs from other known artists such as Phoebe Bridgers, Gabrielle Aplin, and more.

Life Is Strange 3: True Colors will be released on September 10, 2021, on the following platforms:

You can pre-order the newest Life Is Strange 3 game in three tiers. For $60, you can get the Standard Edition, which comes with several costume packs for Alex. The next tier, the Deluxe Edition, comes at $70, with a lot more bonus features. There’s a bonus story where you can play as Steph in a new prequel story. You will also get new clothing options that you might remember from previous games.

And finally, the Ultimate Edition will give you everything in the Deluxe Edition for $80. This will also include the new Life Is Strange: Remastered Collection – more on that later. Although please note that this will not include Life Is Strange 2.

Other Games in the Series

Developed by DONTNOD, the first Life is Strange revolves around Max Caulfield, a girl who has the power to rewind time. A student at Blackwell Academy, Max uses her powers to save her childhood friend Chloe and help her solve the mystery of one of the students’ death.

You can interact with characters, make choices, and rewind time when you can. Another unique part of Life Is Strange’s gameplay is the journals. In the first Life Is Strange, Max keeps a journal where she records everything that happens in the game. Depending on the choices you pick, you can even unlock different entries and photos.

All in all, this is a game best enjoyed alone or streamed to friends. Learn new things about the characters, and choose the right dialogue options to get the best endings.

Also read: How to Stream on Discord: A Step-by-Step Guide

Life Is Strange 2 is slightly different from the first one, story-wise. We follow two brothers, Daniel and Sean, as they try to cope with the loss of their father and their sudden homelessness. The game deals with themes of immigration and family.

Like other Life Is Strange games, it revolves around a seemingly ordinary kid named Daniel who has powers. But unlike the first game, we play Sean, the older brother. We have to keep our brother alive as we camp out in the wilderness. The story gets crazier as we go on. Daniel struggles to keep his brother safe, and they evade the cops until they can cross the Mexican border.

If Max had a journal, Sean, being quite artistic, keeps a sketchbook of memories. Throughout the game, you can sit down at choice moments and sketch out the scenery before you. Doing this unlocks a sketch you can view in the Extras menu.

Life Is Strange: Before the Storm

Before Max ever comes back to Arcadia Bay, Chloe is trying to cope with new changes in her life. With new additions to the family and Max moving, it seems like Chloe’s identity is slowly chipping away. She fills her journals with unsent letters to Max and meets the elusive Rachel Amber. The story sheds some more light on the Rachel Amber mystery, as well as how Chloe gets entangled with Nathan Prescott.

This game slightly deviates from the usual kind of Life Is Strange game, especially since it doesn’t focus on a main character with powers. (Or does it?) Also, consider that Deck Nine took over this project after DONTNOD. Nevertheless, the trademark heart of the Life Is Strange series isn’t lost here.

The Awesome Adventures of Captain Spirit

This free game got released just before Life Is Strange 2. It centers on a young boy named Chris who wishes to be a superhero called Captain Spirit. We mostly play him, using his imagination to test out our “powers.” We also look at Chris’s relationship with his dad, and piece together what happened in their past.

By the end, we get a nice teaser to what’s to come in the next Life Is Strange game. It’s a brief yet tear-jerking look into the life of Chris and his dad. Makes you wonder how other NPCs live their life, doesn’t it?

Developers say that these improved visuals will be a result of “full facial mocap performance,” and will certainly give more justice to the beautiful story taking place. As we said earlier, the two remastered games will be available alongside the Ultimate Edition of True Colors.

Is Life Is Strange 3: True Colors Worth the Wait?

For any Life Is Strange fan, True Colors is definitely worth the wait. There seems to be a lot more content that Square Enix has in store for us in its release. With new characters to love and new gameplay to explore, we’re excited for Life Is Strange 3 to roll out.

Human Augmentation: What It Is And How It Is Used

16 Video Downloader Chrome Extension Tools You Can Use 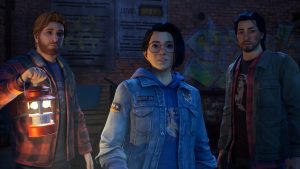 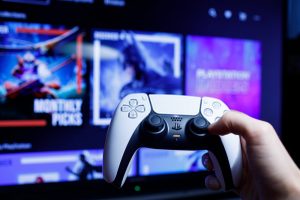 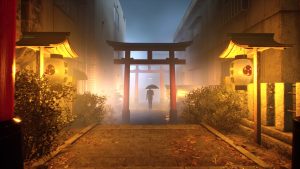 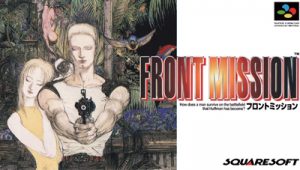 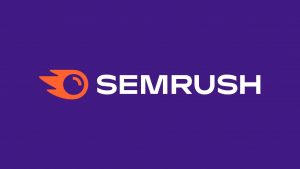 Semrush Review: Is It the Best SEO Tool Today? 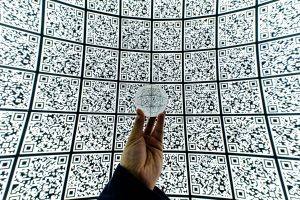 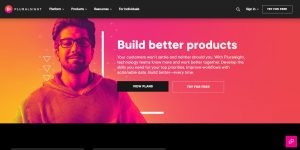 Pluralsight Review: Is It the Best Technology-Focused Learning Platform?