Have you ever wondered how to mine Litecoin at this stage of the market? The answer is ‘Yes’ as the cryptocurrency space is relatively young in its lifecycle and is filled with opportunities.

From 2013 to 2019, the cryptocurrency market cap has grown from approximately 1.2 to over 240 billion. In this short seven years, the market has seen tokens rise and fall, fortunes made and lost.

The fundamental needs of the blockchain however endure. This is where mining cryptocurrencies gain their appeal. Every blockchain requires a system to incentivize public contribution to the network and maintain the integrity of the blockchain ledger. Litecoin is no exception.

As a blockchain that utilizes proof of work, Litecoin similar to bitcoin, rewards individuals with tokens after participants called miners successfully solves blocks of transactions. These rewards are the main reason people would want to engage in Litecoin mining as mining Litecoin may result in profits.

Have that piqued your interest?

Well, the Litecoin mining venture is not as easy as it sounds. Advocates of mining or cryptocurrencies, in general, might paint a rosy picture of machines automatically generating tokens while the owner of that mining rig is sipping Pina colada by the beach. That could not be further from the truth.

As the market grows, the number of miners becomes saturated and the difficulty increases. While Litecoin mining is still viable, the aspiring miner needs to be aware of the best ways to mine Litecoin to ensure that the foray into mining is economically sustainable and profitable.

In this article, we will not only dive into the best way to mine Litecoin but also exploring the blockchain elements relevant to the Litecoin mining process.

How To Mine Litecoin: What It Entails

The cryptocurrency project is designed to be an open-sourced platform. This enables individuals to utilize the Litecoin tokens for private peer to peer transactions. For example, Alice can send funds to Bob which resides halfway around the world quickly and securely without prying eyes or restrictions from financial bureaucracy.

Its utility objective was born from the need for privacy protection and seamless global transactions not readily available in the traditional financial systems. In theory, anyone can easily mine Litecoin on windows.

How To Mine Litecoin: Proof Of Work System

To turn this bold new idea for private and borderless payment into a reality, the project was built off the Bitcoin client using the Scrypt algorithm. Similarly to bitcoin, Litecoin uses proof of work to secure the network and incentivize participation through a tokenized reward system.

In its history in the market, Litecoin has seen tremendous growth in its valuation, reaching an all-time high of approximately $375USD in December of 2017. The token valuation is, in turn, crucial to endeavors pertaining to mining as we shall explain in detail further down this article.

Why Should You Mine Litecoin?

Out of all the mineable cryptocurrencies in the market, why should a person consider Litecoin mining?

It is difficult to give a definitive answer as the motivations to mine cryptocurrencies can stem from a variety of reason, many of which has nothing to do with personal gains. This article does not promote mining and takes a neutral stance when broached with the subject. Therefore, we shall be objective and look at the facts and processes surrounding Litecoin mining instead of shilling the token.

What Is Cryptocurrency Mining?

To understand why one should mine Litecoin, it is imperative to first understand what crypto mining is. Without this context, the mining process would seem redundant and confusing.

First off, mining is part of a proof of work system used to secure and maintain the running of a blockchain network. There are many other systems such as proof of stake, pre-mined tokens, consensus validation among many others. Regardless of the method, the purpose of each is similar. They are meant to tie the security of the network with the value of the token and incentivize the contribution of resources to the platform.

By tying the security of the network to the token value, bad actors will disrupt the ecosystem as the damage done will devalue their token holding’s value. Would you behave erratically if your money and assets are at stake? Very unlikely.

Secondly, mining activities motivates people to participate in the running of the network. A network requires not only electrical and computational contributions but also work such as translation, marketing, bug testing, etc. These are usually paid out in tokens.

Thus, it is more accurate to say that the potential reward in the form of tokens drives people to contribute resources. In Litecoin, the token LTC is used for such compensation and they are derived primarily from mining Litecoin.

Now that we have briefly covered the rationale for mining, let us investigate mining Litecoin in greater detail. 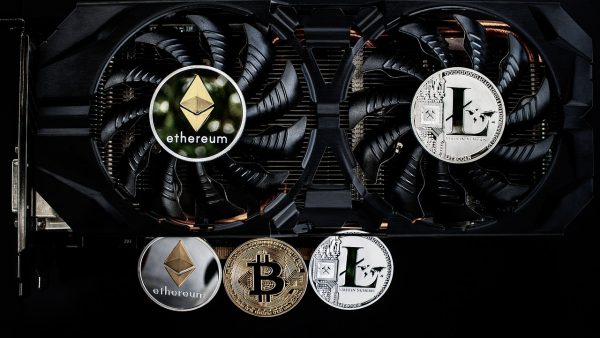 How To Mine Litecoin: Step By Step Guide

In mining, participants called miners are required to utilize a combination of hardware and specialized software to solve complex mathematical puzzles in the race to resolve the next block of transactions to be added to the network’s ledger. These miners compete against one another for the opportunity. Thus, it is not a guarantee that mining activities will result in reward even though the electrical cost has already been spent.

In the early days, it is easier to successfully mine Litecoin as the competition is less saturated and the mining difficulty was lower. As the cryptocurrency market matures, more people started participating in mining. This increase in competition causes the network algorithm to adjust its difficulty. So that it is challenging enough for the miners while at the same time being able to resolve blocks within a specified time frame.

The investment in the network has benefited Litecoin but at the cost of profitable mining for the average hobbyist. But fret not, mining is still feasible albeit more complicated and costly.

At this point in writing, Litecoin solves blocks at 2.5 blocks per minute with the reward size dropping from 25LTC to 12.5LTC. Currently, there is only has approximately 25% of its supply left to mine at the maximum capacity capped at 84 million LTC.

The mine is running low but there are still Litecoin left to mine.

Mining is not as intuitive as an automated system. In this section, we will talk about mining with GPUs as sell as using CPUs. Mining can be done with the CPU that comes integrated with laptops and computers. However, it is not the optimal option. As it might reduce the lifespan of the device used to mine Litecoin. As well as being the slower method of mining.

Cryptocurrency mining activities is very system intensive. As such, the hardware used is subjected to more stress leading to wear and tear. Thankfully, there are methods to protect the mining hardware such as having an adequate cooling system and monitoring the performance of the mining process.

Litecoin mining is more system intensive as the network uses the Scrypt proof of work hashing algorithm instead of SHA-256.

The better option would be to use dedicated hardware such as powerful graphic cards to tackle the tedious computational task. Currently, there are no dedicated ASICs to mine Litecoin. These equipment are not necessary for those who just want to get their feet wet. But for competitive mining, it is still optimal to getting the block reward with better equipment.

Depending on the method of mining, the software requirements will differ. For those using CPUs, a software called CPU miner can be downloaded from Source Forge. However, GPU mining will need different mining software called CGminer.

The advantageous element in both CPU and GPU mining is the ability to mine Litecoin with both systems simultaneously. Doing this will require some coding. But it allows the Litecoin miner to compare the performance difference between GPU and CPU.

Lastly, the instructions for mining is complex but readily available due to the open-sourced nature of the network and community.

The Best Way To Mine Litecoin

Now that the mining rig and software is set up, it is time to find the best way to mine Litecoin. An aspiring miner can go about it alone and reap the full rewards of solving a block of transactions at the trade off of a reduced probability of success.

The mining scene has become much more saturated. An individual miner will also be likely limited in the resources that can be dedicated to the mining endeavor. This is where mining groups called mining pools come in.

To compete on a global scale, Miners can pool their resources to increase their collective computing and hashing power. Thereby, increasing their chances of successfully solving a block of transaction. The downside to this is the need to split the reward among the participants of the mining pool.

Pay Attention To The “Cost To Profit Ratio”

Another crucial factor to investigate is the cost to profit ratio. As mentioned the token valuation have little to do with the actual running of the network. But, it plays a significant role in influencing mining.

During the cryptocurrency market crash of 2018, many mining pools wind down their business or temporarily shut down the machines as the rewards obtained from mining cannot cover the cost of mining operations. Mining Litecoin competitively requires electrical energy, space, hardware investment, and manpower.

For example, if the cost to mine remains constant at $100 per Litecoin, then a Litecoin valuation above $100 will net the miner profits.

However, if the token valuation drop below $100, let’s say $30. Then at this point, mining will cause the miners to incur losses for contributing to the network. The only logical solution is to reduce costs or by shutting down the machines. At least until the valuation is high enough to justify mining once again.

Therefore, mining Litecoin at its all-time high versus its all-time low will have a pivotal impact on the decision to mine Litecoin.

That was a lot to cover! The reality of mining is filled with uncertainty as many factors will affect the feasibility of mining Litecoin. Thus far, we have covered hardware, software and the economics of mining. There is only 25% of Litecoin tokens left to mine. However, the rewards of mining long term have to be taken into consideration.

Mining might seem to be heading into the sunset but the future of Litecoin is still not set in stone. Who knows what the future has in store for Litecoin mining.

With that, we conclude this article on how to mine Litecoin. For more crypto articles, stay tuned on robots.net.