Think Dogecoin is a silly joke? You might want to rethink that, as it is actually a legitimate cryptocurrency that has recently gained popularity amongst cryptocurrency traders. Featuring a shocked Shibe or Shiba Inu that is the subject of a beloved Internet meme, Dogecoin, like all other cryptocurrencies, needs to be mined before it can be traded. Read on to find out how you can get started on trading Dogecoin.

When it comes to cryptocurrency, Bitcoin is most likely what first pops into your mind. However, while Bitcoin is the most popular cryptocurrency right now, it’s not the only one. There are many cryptocurrencies that people mine and accept as payment. One of them is Dogecoin.

Before you learn how to buy Dogecoin, let’s talk a little bit about the cryptocurrency itself. Much like every other cryptocurrency available, Dogecoin is a peer-to-peer virtual currency. You can use it to purchase goods and services from businesses that accept it. Moreover, you can also trade it for other currencies like the US dollar, Euro, or even other cryptocurrencies.

As a cryptocurrency, Dogecoin is mined through various computers around the world that form a blockchain. Furthermore, no government or state determines its value. Instead, Dogecoin gets its value purely from the market’s supply and demand.

Furthermore, like other cryptocurrencies, Dogecoin does not have a physical form in paper or coin. Instead, it’s represented by a record on the blockchain of information and ownership.

However, Dogecoin was eventually backed and developed by Billy Markus, an IBM developer based in Portland. Billy built the software to create what we now know as Dogecoin. Nowadays, we know Dogecoin as one of the many cryptocurrencies out in the market. Of course, it’s still perceived as a non-serious cryptocurrency, but it does have value.

That’s because as people sell and buy Dogecoin over time, it grew in popularity and stature. One of the first big instances when Dogecoin was in the limelight was during a 2014 donation. Back then, Dogecoin users donated 27 million Dogecoins (worth about $30,000) to the Jamaican bobsled team for the Olympics. Even recently, Dogecoin got a boost in popularity thanks to the hype created by Elon Musk through an innocuous tweet.

Dogecoin isn’t as highly valued as more prominent cryptocurrencies like Bitcoin or Ethereum. It does have value, albeit at a low price. To date, the highest recorded price for a Dogecoin is $0.08 in early 2021. That is, in large part, thanks to Elon Musk’s cryptocurrency hype around that time.

How to Buy Dogecoin

If you’re convinced and want to dip your toes into Dogecoin, here’s a guide on how to buy it. We’ll include everything from where to buy Dogecoin, how to get started, and how to withdraw.

Like any form of currency, a depository is a necessary part of storing wealth. Fiat money has bank accounts, wallets, and the bottom side of mattresses, while digital currencies have virtual wallets. Thankfully, there are several wallets to choose from if you want to buy Dogecoin.

Some of the most popular wallets include Coinomi, Ledger, Exodus, and Trezor. However, before you jump into any of these options, it’s important to know the distinction between hardware and software wallets. It’s also crucial to understand how to transact using Dogecoin with a Dogecoin address.

Unfortunately, people have a very understandable confusion between the Dogecoin wallet and address. That’s because the term “wallet” can be misleading. However, the difference between the two is fairly simple. A Dogecoin address acts as an “account,” like your bank account number or PayPal name. This is a public name that anyone can see but only you can access.

As for the digital wallet, it acts as the password to open accounts and transact. It holds the private key that “unlocks” your Dogecoin address. With these two tools, you can transact using Dogecoin.

Now that you know the distinction, let’s first talk about the Dogecoin address. The Dogecoin address will look something like a long, random string of numbers and letters. It begins with a capital D and then either a number or capital letter. Here’s an example:

For now, you don’t have to worry about generating or finding a unique Dogecoin address. That’s because these are usually generated and assigned once you already have a Dogecoin wallet. However, once you do get an address, make sure to never lose it. That’s because, if you ever forget or lose the address, you can no longer access all of your Dogecoin.

We all know how easy it is to download suspicious or unwanted files online. Hence, unless you download only official wallets and keep your device 100% malware-free, software wallets are always high risk.

Of course, that isn’t to say using a software wallet is all bad. If you’re careful enough, you can protect your money fairly well on a personal device. Moreover, software wallets have the upper edge of being versatile.

Furthermore, software wallets can be extremely handy if you want something on the go. That’s because software Dogecoin wallets are also available on Android devices. Hence, you can buy Dogecoin and store the key right on your phone or tablet. Unfortunately, it only supports Android at the moment, so it’s not ideal for iOS users.

Lastly, software wallets are especially convenient for beginners because they’re usually free. Hardware wallets, conversely, require you to shell out some money before you can store Dogecoin in them.

As an alternative to software wallets, we also have hardware wallets to store private keys. These wallets don’t need access to your device, and you’ll instead store it in a separate, specialized physical device that you can store in a safe.

Think of it as a fancy USB stick complete with a screen, some buttons, and storage. Except this USB stick only stores keys and signs transactions free of the risk posed by malware.

While hardware wallets minimize the risk of malware, they do come with disadvantages. Firstly, they aren’t ideal for beginners or people on a budget. That’s because they’re pretty expensive, costing anywhere from $50 to $100.

Also, there’s the real risk of damage, loss, and tampering. As with any physical object, bad actors can tamper with or damage your devices during shipping. Scammers and hackers can also sell sketchy hardware wallets online with preconfigured seed phrases.

Lastly, bad actors can also hold your wallet “hostage” and threaten you to open it physically. It’s kind of similar to keeping a safe at home with thieves breaking in and tying you up.

Once you’ve decided which digital wallet to get, it’s now time to buy Dogecoin. As Dogecoin isn’t a highly-valued cryptocurrency, it’s not widely available on most cryptocurrency exchanges.

With that said, there are still quite a few options if you want to buy Dogecoin. Here are a few of the best cryptocurrency exchanges where you can buy Dogecoin:

Binance tops our list as one of the most reliable cryptocurrency exchanges, having been used to buy, sell, and exchange currencies since 2017. The reason why it’s so popular is that it supports over 200 cryptocurrencies and is available worldwide. Moreover, it supports a wide variety of fiat currencies, payment methods, and is easy to use. It’s also fairly cheap, so both new and seasoned traders like to use it.

Using Binance to buy Dogecoin is pretty straightforward. All you need to do is go to the website, register, buy crypto, and choose your payment method.

Another decent alternative to Binance is Bitpanda, an Australian exchange site. It’s another convenient way you can buy Dogecoin, albeit less accessible. That’s because Bitpanda is mostly accessible in Europe and a few non-European countries.

However, if you fit the location requirements, it’s a good way because it supports multiple cryptocurrencies. Furthermore, there’s a wide variety of payment options like SEPA, Neteller, Skrill, and even credit cards. However, do note that there’s a daily and monthly limit for various payment options.

The third exchange we recommend is Kraken. It’s a fairly established cryptocurrency exchange that started in 2011. With Kraken, you get a fairly convenient trading process with options for both credit cards and wire transfers. While Kraken is mostly based in the US, it’s also a very convenient choice for Europeans with convenient SEPA transactions.

However, do note that Kraken differs from other exchanges in the way it indicates Dogecoin. That’s because it has an “XDG” ticker symbol to signify Dogecoin instead of “DOGE.” Apart from that potential confusion, it’s a great way to start your crypto journey.

Once you’ve started to sell and buy Dogecoin, the last step is to withdraw your money. This is an important step if you want to keep your Dogecoin safe. The reason is that cryptocurrency exchanges are also prone to theft and loss. If you keep your Dogecoin solely in the exchange, you have to deal with a lot of risks. It’s the very purpose you got a wallet in the first place — to keep your money safe.

With all the buzz around cryptocurrencies, it’s no wonder that Dogecoin has also risen in popularity. Many investors want a slice of the earnings and so do ordinary folks. While Dogecoin did start as a joke, it’s now a fairly well-established cryptocurrency with decent potential.

Starting your Dogecoin journey is easy. All you need is a wallet, an address, and a reliable Dogecoin exchange. Once you have everything set up, you can now safely and freely sell and buy Dogecoin to your heart’s content. Of course, you have to learn how the cryptocurrency market works, specifically for Dogecoin.

How to Use iMovie on Mac & Tips Maximize Every Feature 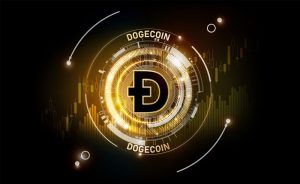 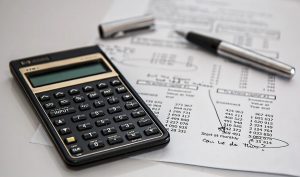 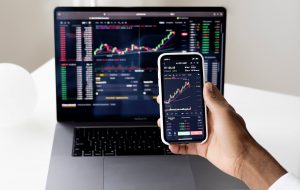 Stock Market Apps: The Most Comprehensive Services in 2021 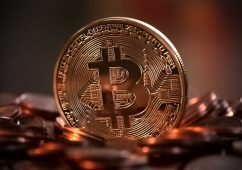 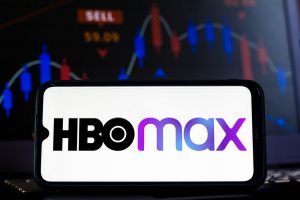 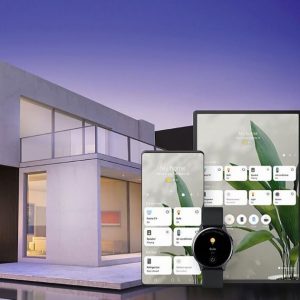