Designed and engineered by Japanese tech giant Sony, the PlayStation (PS) is a video game console that was first launched in 1994. Over the years, the PS console was improved upon and updated. We will soon be able to get our hands on the fifth, and latest console in 2020. To date, the PS2 is the best-selling home video console, having sold more than 155 million units worldwide. Sony’s gaming device is so popular that the PS3 became the fastest-selling game console in history. The PS3 sold a million units in a single day!

The origins of the PS gaming console dates back to 1988. At that time, Sony was working with Nintendo on a joint project to create a CD-ROM for Nintendo’s Super Famicom. However, the partnership was terminated by Nintendo as both companies could not agree on how to split the revenue fairly. Nintendo eventually partnered with Phillips, and Sony was left to pick up the pieces. Ken Kutaragi, a Sony executive at that time, believed in the gaming console project and kept working on it. Although he was under pressure from higher management, he pushed on and from his vision, the PlayStation console was born. Today, Ken Kutaragi is considered, “The Father of the PlayStation”.

Considering that the PS was a late entry into the home gaming and entertainment industry, what it has achieved is nothing short of amazing. With established names in the market like Nintendo, Atari, and Sega at that time, nobody could have predicted the PS’s rise. Today, when it comes to gaming consoles, there are only two names that come up for discussion. Sony’s PlayStation and Microsoft’s Xbox series.

Expect a Complete Design Revamp from its Predecessors

I’m not going to mince my words here, so let me get straight to the point. The all-new PlayStation 5 is STUNNING! I mean, it is gorgeous. Those curves. That white body. The slim and sleek, yet sophisticated look to it. It looks like it was designed by an architect. Incorporating cutting-edge materials and accentuating the streamline body to blend into the urban landscape. Considering how boxy the PlayStation 4 looks, this is a sight to behold. I could go on about how sexy this gaming console looks, but I’m afraid it might get censored. I mean seriously, look at it. It belongs in the museum, a modern art piece.

Wait a Minute. There are TWO PlayStation 5s?

That’s correct. Sony announced that there will be two versions of the PlayStation 5. There will be a Standard Version and a Digital Version. The look, shape, design, and feel of both consoles will remain identical. The major difference will be the internal components of the device. The Standard Version, like its predecessor, will be able to read Ultra HD Blu-ray discs because it has an Ultra HD Blu-ray disc drive. What this means is that you can continue to buy your games physically, put the disc into the console and play. With an Ultra HD Blu-ray player, you can also play Blu-ray movies in 4K.

The Digital Version does not come with an Ultra HD Blu-ray drive. There is no way for you to insert a disc into the gaming console. All your games will have to be purchased online, through the Sony Store, and downloaded into your device. This is a lifesaver for gamers who play many different games and don’t want to be constantly ejecting and inserting discs just to change games. Plus, you don’t ever have to worry about your Blu-ray discs going missing. The downside of the Digital Version is that you cannot play the Blu-ray movie discs you currently have in all its 4K glory.

Do take note that there will be a slight weight and size difference between both the Standard and Digital Versions. Because the Digital Version does not come with an Ultra HD Blu-ray drive, the console will be slightly thinner and lighter in comparison to the Standard Version.

The PlayStation 5 is a beast! We sometimes forget that this gaming console is actually a computer, and we do not give it the respect it deserves. Take these specs and compare them to a gaming PC. I promise you that they are just as fast, if not faster than many gaming PCs out there. The biggest, and best upgrade, in my opinion, is the move from HDD to SSD. With the SSD, the loading time is significantly reduced, allowing the PlayStation 5 to start-up faster.

What exactly is ray tracing technology? Ray tracing enables you to experience the most realistic-looking computer-generated graphics ever. It is a graphic rendering technique that enhances the way light reacts with virtual objects in a 3D environment. For the longest time, this technique has been used in Hollywood blockbuster movies to improve the visual experience. A cut scene from the Star Wars movie was used as an example of ray tracing and how the light in the scene is enhanced for a more realistic environment.

The new PlayStation 5 will have ray tracing technology, and this will allow for better graphics than ever. The ability to visually contrast between light and shadow has never been sharper. This takes gaming to a whole new level and the user experience will be off the charts.

When will the PlayStation 5 be Available?

How Much will the PlayStation 5 Cost?

Nobody knows. Sony is notorious for keeping the price of its PlayStation consoles under wraps until the official release date. However, looking back at previous models, the price shouldn’t vary too much. When the PlayStation 4 dropped in November 2013, it cost about US$400. Prices are expected to be somewhere around there or slightly more. Current predictions put the PlayStation 5 at approximately, US$499/£449. Pre-orders are currently not available.

Games You Can Expect on PlayStation 5

At the end of the day, it’s all about the games. There really is no point in having the latest, and greatest gaming console if there are no worthwhile games to play. Here is the list of 26 games that Sony revealed for the PlayStation 5 on 11 June 2020.

The PlayStation 5 ticks all our boxes and more. The most powerful PlayStation yet, this gaming console has been a long time coming. As a PlayStation owner myself, I’ve been using the PS4 for almost 6 years now. The wait for the PlayStation 5 has been long, but from everything we’ve found out, its been worth the wait. Yes, it will be expensive. Yes, we’ll have to wait till the end of 2020 to get our hands on it. But I don’t think it’s going to put anyone off. This stunning new console looks every bit the futuristic piece of technology we’ve been expecting. With the immense power behind the console, plus the ever-growing list of games that will be available, the PlayStation 5 is the console of the future.

Admittedly, with the impending release of Microsoft’s new Xbox One Series X console, the PlayStation 5 will face stiff competition. However, the PlayStation has proven in the past its popularity, and I wouldn’t bet against it doing better sales than the Xbox. For now, the PlayStation 5 is looking to be the blockbuster gaming console of 2020!

Amazon Dash Wand: What Is It and Can You Still Get It?

20 Most Anticipated PS5 Games to Look Forward To 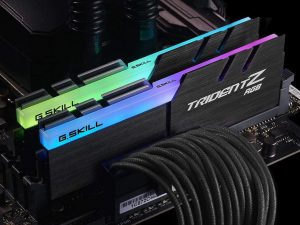 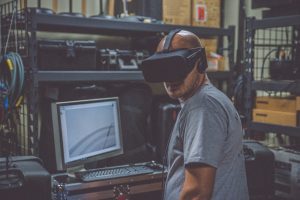 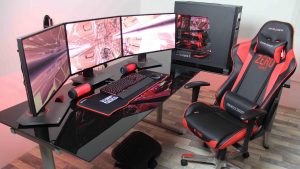 How to Choose a Perfect Gaming Motherboard + Expert Tips 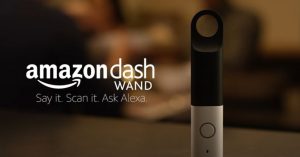 Amazon Dash Wand: What Is It and Can You Still Get It? 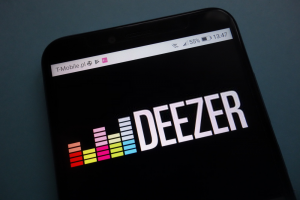 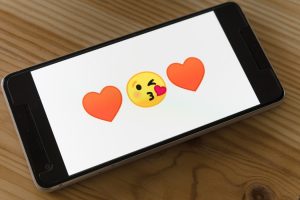 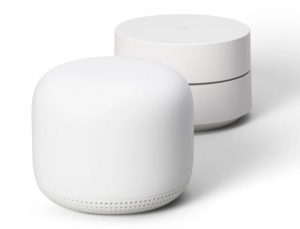