For years, Apple’s iMessage has dominated the top 1 in the messaging app space. Unfortunately, because it’s an Apple product, iMessage isn’t available for anyone apart from iPhone users. Although other Android phones usually have brand-specific messaging apps, none has come close to iMessage’s level of prestige. That’s because other brands aren’t as big as Apple and can’t compete on the same level.

What Is Google Messages for Web?

It’s understandable if you’re unfamiliar with Google Messages for Web because it wasn’t well-received when it came out. However, Google Messages has improved, making it more usable than when it was launched a few years ago. It’s even a possible contender against Apple’s iMessage, which dominated the market for years. However, it’s not just another messaging service like Facebook Messenger. Let’s talk about the different aspects of Google Messages for Web and why it’s unique.

What makes Google Messages so special is that, given Google’s powerful, non-exclusive ecosystem, you can streamline messaging almost anywhere. That not only includes chatting over Wi-Fi but also SMS and MMS because of its connection to your Android phone.

Moreover, your messages can also contain Rich Communication Services (RCS). This allows you to send more than just texts and emojis. You can now send media files, location data, utilize their group chatting features, and more. There are also chat-like features that you normally only get via chatting apps. For example, Google Messages for Web integrate “read receipts” and indicators when someone’s typing.

You might have coveted iMessage’s seamless texting experience across Apple’s ecosystem. Well, Google bit back against Apple with its version of cross-platform compatibility across phones and desktops. The difference is that this time, you can find Google Messages on PC and Mac. That means if you own an Android device and a Mac, you’ll still get your messages on both devices. This is because Google Messages for Web is built to operate on almost any desktop browser.

However, Apple unsurprisingly doesn’t support Google’s app on the App Store. That means no Google Messages on your iPhone, iPad, or Apple Watch. Thus, Google Messages for Web is mostly ideal for the Android and Windows ecosystems.

If you have a Gmail account, then you’re probably aware of Google’s smart reply feature. It’s been a handy feature for people who don’t want to type every single part of their email message. Using this feature, Google analyzes quick responses based on your conversation’s context clues. You can then choose to send their auto-generated messages or write and send your own.

We’ve previously covered basic RCS, SMS, and MMS features. However, did you know that Google Messages for Web also possesses different chat-like features? For example, they have an in-house GIF library so that you can add a bit of spice to your conversations. They also have stickers and voice exchanging capabilities. Moreover, they have useful features chat apps don’t have such as Google Play transactions, link previews, etc.

If you’re fully immersed in the Apple ecosystem, then perhaps you wouldn’t even be reading this article. Chances are you’re an Android user looking for an iMessage-like alternative. Maybe you recently switched from iPhone to Android and one of your many regrets is leaving iMessage. If that’s the case, then Google Messages for Web is a great option for you.

It’s no secret that Google Messages for Web is only for Android users. No, it’s not available on the iOS App Store so there’s no way it’s getting on your iPhone. That’s because Google only offers it on the Google Play Store. Thus, if you’re on the iPhone, you’re out of luck. However, if you’re an Android user, you’re more than welcome to use Google Messages for Web. You can even sync it with either Windows or Mac so it doesn’t matter which desktop OS you use.

How can it sync with Mac, you ask? Well, that’s because Google Messages for Web is just as the name implies — for the web. It’s a web application that you can load on almost any browser. Regardless if it’s Google Chrome, Microsoft Edge, Opera, or even Apple’s Safari. All you need is access to a web browser that you can link to your Android phone.

Accessing Google Messages for Web isn’t very difficult. All you need is your desktop browser and your Android device to begin the setup process. Thankfully, Google isn’t strict and doesn’t limit its users to using only Google Chrome. You can use whatever browser you’d like, including Safari.

With all of these ready, follow these simple steps to sync your phone to Google Messages for Web:

How to Use Google Messages for Web

After syncing Google Messages for Web on both devices, you can send messages with the web app easily. Most of the user interface is pretty similar to other messaging apps. Hence, you should be able to get used to using the web app pretty quickly. There’s not much clutter either, so you can stay focused on messaging. While it might seem like there’s not much there, it does have some features that you might find useful.

Firstly, you might want to enable notifications on your PC browser. You can set alerts for individual messages when you open a conversation. It’s a convenient feature if you’re mostly on your laptop and never check your phone. You won’t have to miss an urgent text message from your loved ones again. Of course, do this only according to your preferences as it might distract from work. You can toggle this on or off anytime.

Secondly, remember that you can only use Google Messages for Web when your Android’s connected to the internet. That means it has to connect to either a Wi-Fi network or your mobile data. Google uses the internet to sync messages (much like iMessage). Of course, you can still send regular SMS messages via your phone provider’s signal on your phone. However, connecting to Google Messages for Web on your desktop requires an internet connection.

Lastly, you can make navigation more convenient by checking out the web app’s special keyboard shortcuts. You can handle basic functions without even using the mouse. For example, you can press Ctrl+Alt+X to open settings or Ctrl+Alt+C to open a new conversation. Sure, it might have a small learning curve, but you’ll be able to navigate like a pro eventually.

Reasons Why Google Messages For Web Is Not Working

The most common problem is unsurprisingly your network connection. Since Google Messages for Web uses your network connection to function properly, make sure it has no problems. First, try turning your Wi-Fi off and on to see if it fixes anything. If not, it could be your signal that’s the problem. Make sure that your Wi-Fi signal on both devices is strong enough to sustain a connection. If it is a signal problem, try restarting your phone.

Google Messages for Web on your phone uses background data to function properly. If you have this turned off, it could lead to errors.

To turn it on, go to Settings >  Network & Internet > Data Usage > Mobile Data Usage. Scroll down until you find the Messages app and turn on background data.

If you have a VPN, it could interrupt your connection and mess with Google Messages for Web. Try turning it off and attempt reconnection to see if it works again.

Not all battery settings can cause interference but some might. If you’re using battery optimization on your PC, try turning it off.

If you’re using a new phone with the same computer, sign out of Google Messages for Web on your computer. Then, log in again as if you were doing it for the first time with your new phone.

If you’re having problems with your phone, the culprit could be that your phone’s app isn’t updated. It’s always important to stay up-to-date with frequently used apps, so make sure that Google Messages is, too.

If all else fails, try to reconnect your phone and your computer with the same syncing process. Sign out of Google Messages for Web on both devices and reconnect them a second time. Use your phone’s QR code scanner and scan the one that appears on your desktop.

Is Google Messages for Web Safe?

As with any online endeavor, you have to ask the question, “is it safe?” It’s an even more pressing question today because of Google’s many controversies regarding user privacy. You’d be right to be concerned given that Google doesn’t exactly promise the most private connections. Apart from this, there are also other concerns with Google Messages for Web. For example, Google has yet to implement end-to-end encryption, which is a huge minus for privacy-centered users. Yes, the convenience it offers could offset that weakness. However, that alone may not cut it for some users.

Thankfully, Google is making an effort to solve this problem by developing end-to-end encryption for the app. APKMirror and 9to5Google discovered and decoded codes regarding app encryption. Of course, it hasn’t been implemented yet, so you may want to hold off on using the app until the feature launches. However, know that there’s at least some form of privacy and safety headed your way with Google Messages.

The fact that Google Messages only works with Android is a bit of a bummer. If you were hoping to replace iMessage across all your ecosystems (Apple, Android, PC, etc.) it’s certainly not all-encompassing. You’ll have to juggle between using Apple’s iMessage and Google Messages for Web. Nonetheless, if you’re fully immersed in the Android-PC space, it’s a great option. That’s especially so if you switch Android brands and want to backup text messages regardless of the brand you use.

Moreover, the fact that it’s compatible with most web browsers makes it a major catch. You can easily link it to your personal computer and text through there. However, your phone will have to constantly be connected to Wi-Fi or data for it to work seamlessly. Still, it’s a great alternative if you want something similar to iMessage on your Android device. 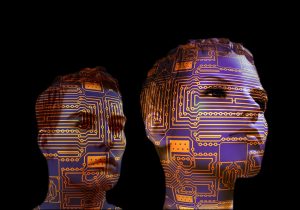 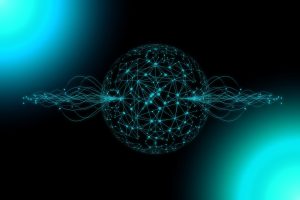