Why is cyber security an important aspect we need to look into, especially in the 21st century?

News stories about identity theft, fraud, and data breaches proliferate, is affecting a lot of internet users. That means said, the aftermath is not subjective to only one party but as a whole in the society. Arguably cyberattacks are unavoidable, it’s crucial to have a good understanding of what cyber security truly is. And how we can imply these precautions to effectively reduce potential threats.

In an era where almost everyone and everything is connected online, the threat of personal information exposure is vulnerable. By any mistakes, the disclosure of one’s identity is in jeopardy and the consequences is not only for ones to bare.

I.T. company CISCO defines “cybersecurity” as “the practice of protecting systems, networks, and programs from digital attacks.” And it’s widely used as a measure to remove or minimize threats or any kinds of vulnerabilities. That includes applying and implementing preventive actions to maintain the integrity of all data, data security, and other cybersecurity-related operations.

We have to understand that anything that we do to communicate, transact, or interact over the cyberspace, is vulnerable to cyber-attacks. If you’re not convinced, let’s take a look at some of the recent cyber attacks that happened to some of the companies and organizations.

Even the social media titan — Facebook experienced a data breach. Resulting in millions of user records being exposed to Amazon’s cloud server. Allowing third-party access to exploit these leaked data for illegal activities.

In 2013, one of the world’s largest search engines confirmed that a whopping 3 billion accounts — including email, Tumblr, Flickr, and Fantasy account were compromised.

One of the world’s most famous sports apparel brands, the nutrition app — MyFitnessPal, suffered a data breach in February 2018, impacted roughly around 150 million app users with their usernames, email addresses, and passwords.

As a result of these cyber-attacks, (NHS) canceled 19,500 medical appointments, 600 GP surgeries, even five hospitals had to divert ambulances to elsewhere. And all these are due to the “WannaCry” malware attack.

Judging from these incidents, we can conclude that major companies and enterprises, even the government, are vulnerable to cyber-attacks. For this reason, knowing the importance of cybersecurity, and how to combat the issue is vital for government in all vertical. While there are millions of unreported cyber attacks, it’s equally important you can be a victim if precautions is not taken. 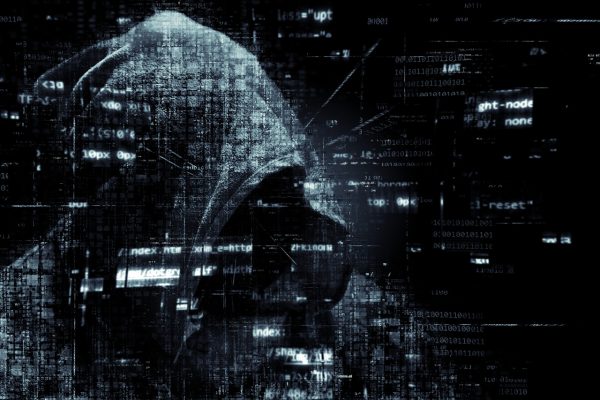 Many would think that the term “cybersecurity” came up prior to the digital era. But did you know that there was already an incident of “cyber attack” dated in 1903?

Over the years, as technology advances, the technology that hackers use for infiltration and disruption are on par too. That is why it is imperative for businesses, and users as well, to educate themselves on not falling into these cyberattacks.

Knowing the importance of cyber security helps to understand your enemy better. Ultimately, we know how to take precaution for the worst. Start by understanding the computer viruses, bugs, hacking. And since computers and other smart devices are now being more technologically advanced, hackers are also stepping up their A-game when creating viruses and spyware.

If phishing’s primary medium is email, vishing uses voice to collect information from the user, using a telephone. One example of vishing is a fake bank or insurance company representative that will call your phone.

A new type of phishing, smishing uses SMS or text message that hackers use to collect information, where you will receive a text message that resembles from your bank or insurance company, asking you to call a specific number.

Malicious software for short, it is any program, or software that exist to gain unauthorized access or damage to a computer. Some of the types of malware are computer viruses, worms, Trojan horses, and spyware.

Who would have thought that computers can be “kidnapped?” Another type of malicious software, ransomware was designed to extort money by blocking access to the files or the computer system, until a certain amount of “ransom” is paid.

Understanding these different forms of cyber threats is the first line of defence to combat these attacks. It is worth noting that even the tiniest information that you disclose, such as our password, is enough for these hackers to collect more information from the user.

Standing Up To the Threat: Taking Precautions From Cyber-attacks

However, better awareness of these threats and proper understanding of the importance of cybersecurity can prove to be beneficial. Especially helpful in avoiding data breaches, confidential information exploitation, underground secret trades, or information misconduct. We listed down some examples of data security, and how can you prevent cyberattacks from happening.

If you’re using email for communication, never open suspicious emails coming from sources that you are not familiar with, especially on your “Spam” folder. Avoid entering/opening emails with a suspicious attachment without confirming with the senders.

This is because these unauthorized links may contain malware that will not just illegally collect your personal information without your consent, but it might also attack your computer system. Hence, when browsing the internet, avoid clicking those links that display “too good to be true” advertisements. The link redirection to an infected website is likely the culprit to your computer system failure.

Be alert when someone asks for personal information, including credit card information and address over the internet, text or calls. A legitimate party is most unlikely to demand any information without a valid reason and acknowledgment. We recommend the user to do a background check first if you’re unsure whom you’re dealing with. Ask questions and always refer to the official caller from your bank.

Though most devices nowadays have pre-installed antivirus on their system. Make it a point to update the software so that you can be assured that the virus and malware definitions are up to date.

If you have time, consider making a back-up for your important programs and documents. Just in case the worst thing happened, your devices are compromised. You can either invest in a good external hard drive (HDD) or a solid-state drive (SSD). If not, cloud storage is a good alternative.

It goes without saying that “prevention is better than cure.” And while we know that living in the digital era has made our lives easier, we have to understand that there’s always an underlying ugly truth. It means, our privacy and our private information have become more vulnerable than ever before.

Being vigilant and understanding the importance of cybersecurity should be our priority as a responsible user. In this day, information is just right at the end of our fingertips. It is up to you if you’re going to use to your advantage.