Streaming movies and TV shows from the comforts of your living room has never been easier. These choices spoils, able to watch anytime, anywhere. You typically need to pay a small monthly fee to access the vast libraries streaming services. There is one free platform that is absolutely worth checking out. Enter Sony Crackle, a free online movie and TV streaming site with thousands of hours of free entertainment from Sony.

What is Sony Crackle?

Crackle is a streaming service where you can watch free TV shows and movies from Sony’s expansive catalog. This ad-supported platform has been around for a while, established in the late 2000s. Although it did not make a mark immediately, and it has remained somewhat obscure relative to the big streaming services. Streaming services such as Netflix and Hulu. Crackle is a Sony platform, however, it has access to many popular Sony media properties. It also has a large war chest that ensures Crackle is improving every year.

What are the features of Sony’s Crackle?

The best feature of Crackle is when you go to their website and start watching movies for free. You don’t even need to create an account to enjoy Sony’s extensive library on Crackle.

Crackle offers free TV shows and movies on a significant number of supported devices. It is available on PCs and laptops via the Crackle website. While Android and iOS users can download the Crackle app. Even though it is a Sony content platform, it is available on other brands. Bra of smart TVs such as Samsung, LG, and Vizio. You can also stream with Crackle on popular streaming devices. Devices such as Apple TV, Roku, Amazon Fire TV, and Chromecast. Crackle is available on recent game consoles such as the PlayStation 3, Playstation 4, Xbox 360, and Xbox One.

However, Crackle in its early days had a bit of a reputation for a less than stellar interface. It has recently found itself comfortable with a minimalist design. You can use it easily and focuses on highlighting its massive library. There aren’t many distractions on Crackle’s current interface. The basic sorting options are here: you can sort alphabetically, by genre, or by popularity. You can also sort by recently added so you’ll see the new movies and TV shows first. For the most part, Crackle’s interface design places a premium on putting content front and center.

How does Crackle work?

Sony Crackle is an ad-supported streaming service. You can watch movies and shows on it for free. Even without an account, but creating an account gives you extra features such as having a Watch Later list. Crackle is currently only available in the U.S., Canada, Australia, and 18 countries in Latin America.

As an ad-supported content platform, it allows people to see its ads. Crackle does not natively support downloading movies or TV shows. Being an ad-supported platform means it relies on ads for revenue. There is currently no way to pay to remove the ads.

How much does Crackle cost?

Crackle is completely free. However, that comes with a caveat that you will have to sit through ads. The viewing experience of TV shows on Crackle is very much like the real thing. In the sense that ad breaks are as common as watching on TV. Movies typically have a 30-second advertisement in the beginning, plus a few shorter ads that may interrupt you about two to three times, or up to nine times if the movie’s runtime exceeds 90 minutes.

What movies are on Crackle?

In some ways, Crackle is still playing catch up with the industry leaders in the streaming service space. But where Crackle really shines even today is in its content offerings. Crackle movies are diverse and range from old classics to recently released blockbusters. Here are some of the best movies on Crackle.

In a cinematic masterpiece that needs no introduction to movie fans, director Martin Scorsese brings out the best out of Robert De Niro in one of their most iconic films. De Niro’s unforgettable monologue as he pumped himself up to assassinate a politician is still in the pop culture zeitgeist today.

Before Mark Zuckerberg became the stoic Facebook CEO as we know him today, he was portrayed in one of the greatest biographical drama films that sparked the biopic craze. Directed by David Fincher and written by Aaron Sorkin, The Social Network told the story of Facebook’s history from its inception to capturing the world.

A classic with a perfect 100% Rotten Tomatoes score, The Last Picture Show is a Peter Bogdanovich-directed poignant small-town coming-of-age story with unforgettable performances from Timothy Bottoms, Jeff Bridges, and the rest of the cast.

From the mind of the great Francis Ford Coppola comes a masterclass in the thriller genre. The Conversation explores technology’s role in society, with a strong message on how technology can invade anyone’s privacy and all the implications that may have.

Dr. Strangelove Or How I Learned To Stop Worrying And Love The Bomb (1964)

Stanley Kubrick’s classic set the bar for dark humor in a film that satirized the Cold War, in a masterpiece that is still as hilarious and gripping today.

Invasion Of The Body Snatchers (1956)

Sci-fi and horror come together to create a scathing political allegory, as Miles Bennell (played by Kevin McCarthy) uncovers a nefarious alien plot to replace mankind with zombie-like pod people.

The early 2000’s resurgence of martial arts films in Hollywood can be attributed to a few great hits of that era, one of which is Ang Lee’s Crouching Tiger, Hidden Dragon. With amazing martial arts set pieces and tasteful drama, Chow Yun-Fat’s breakout performance is still worth revisiting today.

This illuminating and informative documentary film came at a time when global warming was either a hoax or a threat to humanity. It also took a candid look at controversial politician and environmentalist Al Gore.

Before he blew everyone’s minds with the phenomenal mind-bending Source Code, director Duncan Jones debuted with a much smaller affair that was just as entrancing. Starring Sam Rockwell and Kevin Spacey, this poignant and mysterious psychological sci-fi film was the first time Jones exhibited his masterful ability to surprise audiences.

What TV shows are on Crackle?

While Crackle’s film library is impressive due to Sony having an incredibly huge back catalogue of titles that span decades, the free streaming service really hit it out of the park with some popular comedy shows, namely the iconic Seinfeld and Comedians in Cars Getting Coffee. Here are some of the best top TV shows on Crackle:

An unlikely trio composed of a banker, a Haitian-American gang lord, and a Cuban-American hacker join forced and unwittingly create organized crime 2.0 – chasing the American dream through digital currency, as a crooked FBI agent tries to take them down.

This American crime drama takes a deeper look into the world of gangs, in a plot full of intrigue as corrupt and secret societies do what they can to keep the chaff out and protect themselves from enemies on the outside.

This exciting thriller also attempts to expose the legal system as a suspected kidnapper and murderer Malcolm Miller is left at the mercy of a jury sequestered in a hotel to decide whether Miller truly kidnapped and murdered the governor’s son.

A group of young scammers inadvertently find themselves a literal truck-load of stolen gold bullion and get involved with organized crime in this British/American crime-comedy drama.

Divorcee lawyer Ian Mitchell finds a box in the mail, and discovers a gun, a picture of a stranger, and instructions to kill the pictured person. He is then attacked and discovers that his life was put on the line for a game by the mysterious organization known as “The Watchers.”

Bryan Cranston, Keegan-Michael Key, and other stars form an ensemble cast for this stop-motion animated comedy about The League of Freedom, a group of superheroes fighting for relevance.

This Crackle original series introduced the world to high-stakes New York auction houses, depicting the crime and intrigue that take place when opposing auction houses go at each other’s throats.

Hosted by Dan Patrick exclusively for Crackle, this themed version of the original Jeopardy. Is all about sports trivia. It proved to have the right elements for a successful game show because of Sports Jeopardy! You wouldn’t have guessed that it went on for a whopping of 116 episodes.

If you like to binge on action TV shows, this series by Paul Leyden and Morgan O’Neill will scratch your itch. Starring Emmanuelle Chriqui and Emily Osment as two attractive women who happen to be deadly contract killers, Cleaners is a fun watch.

Prolific comedian Rob Riggle stars as himself, on a show where he is a self-proclaimed “legendary ski master” actor who invested all his money to start ski Academy. The struggles Riggle puts his crew through are often hilarious and sometimes charming.

What is the data consumption to stream on Crackle?

While there is no official data to confirm exactly how much data Crackle consumes while streaming content, it is very similar to other streaming services. Other streaming services have data consumption rates available, and we can use those to make an informed estimate for Crackle. There is currently no 4K mode in Crackle, so we will be looking at the consumption of competing streaming platforms for SD and HD quality videos.

There are a lot of older Crackle movies and TV shows that haven’t been remastered, which would consume less data than video shot for modern high resolutions. You may get more bang for your data usage buck when watching the classics, but generally, data consumption will be similar to the competitors above.

As a relatively young streaming service, Crackle might be best seen as a great no-cost alternative to the bigger and hipper subscription-based services. Crackle has Sony movies you won’t legally find anywhere else, and its strongest suit seems to be in the comedy and action categories. Sony has had a long history with Hollywood and a lot of that is on Crackle. The free streaming service is also constantly getting new exclusive web series. If you are looking for a popcorn flick for the afternoon or you would like to spend the weekend watching classics from the classical Hollywood era, Crackle won’t cost you anything to try. You can go to the Crackle website right now and start watching even without signing up. 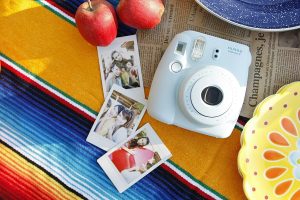 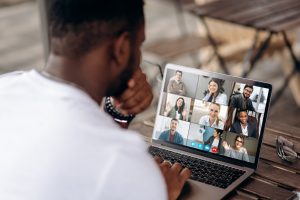