The success of Pokemon Go not only as a game but as a phenomenon is undeniable. People have started to travel in packs to look for the best Pokemon Go locations. Areas with more Pokestops allow people to place more lures, which results in players having a higher chance to catch monsters. Over the years, Pokemon Go has added new features to keep its dedicated fanbase happy. These new features include the introduction of newer generations of monsters and raids.

Recently, the 5th generation of monsters was introduced into the game. These monsters will be part of a growing roster of obtainable monsters. Being faithful to the franchise’s motto of “Gotta catch ‘em all!”, Pokemon Go allows players to do just that. With the incorporation of raids, players can catch rare and legendary monsters. This new mechanic demands players to work with each other to defeat the raid boss.

Aside from raids, Niantic has started the tradition of monthly Community Day events. These Pokemon Go Community Day events allow players to catch a starter or rare Pokemon. Also, players are given special effects for the consumables they’ll use. Also, there are events with monsters from a specific Pokemon Go location. These might be region-exclusive Pokemon being available in another location.

Before revealing the best Pokemon Go locations, let’s discuss why they are important.

You may ask, why is location so important in Pokemon Go? Location is important as there are monsters exclusive to some regions in the world. Some Pokemon can never be caught in one area. The only way for people to catch these monsters is through events or by going to that area. Knowing where to go and catch these monsters is ideal. You might even want to put it in your travel itinerary!

Yet, what makes a good Pokemon Go location? Is it the sights or the increased chance of catching a certain monster? As exciting as that might be, you have to consider the amount of Pokestops in the vicinity. Why? This is because the number of continuous Pokestops near each other can be to your advantage. Players can place lures in the vicinity to attract more monsters and a higher chance at a rare spawn.

It is also ideal to find out if there is a gym in that specific Pokemon Go location. Gyms allow you to have access to raids whenever they are available.

So with that out of the way, let’s find out where the best Pokemon Go locations are in different parts of the world!

First, let’s take a trip to the birthplace of the Pokemon franchise: Japan. The land of the rising sun has many sceneries that make catching Pokemon great. Whether catching exclusive monsters or rare spawns, these areas are a must. One of these might end up being the best Pokemon Go location in Japan. 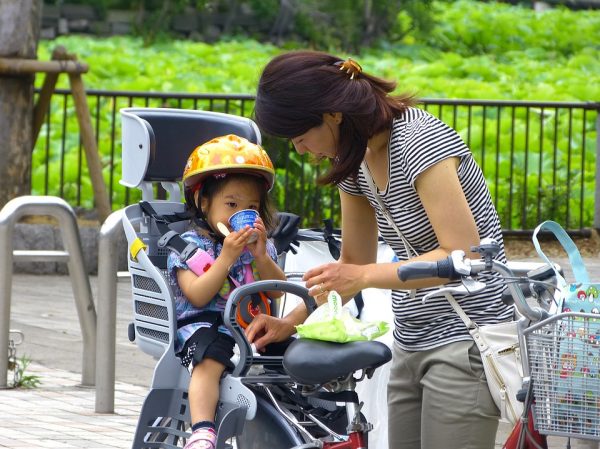 Photo by cegoh via PixabayIf you’re looking for Pokestops grouped together and with lures, then you have to go to Ueno Park. Located in the capital city of Tokyo, this park is home to a large amount of Pokestops near each other. Having a big number of Pokestops with lures can lead to hundreds of monsters that you can catch. You might even get a shot at a rare Pokemon due to the lures in the area. Not contented with lures? Why not pop an incense and attract more Pokemon while walking near the lures.

Aside from the lures, you’ll also have the gorgeous view of sakura trees if you come in springtime. This makes catching Pokemon more scenic compared to other areas. Ueno Park might be the best Pokemon Go location in Japan if you want a place with lures and a scenic scene. 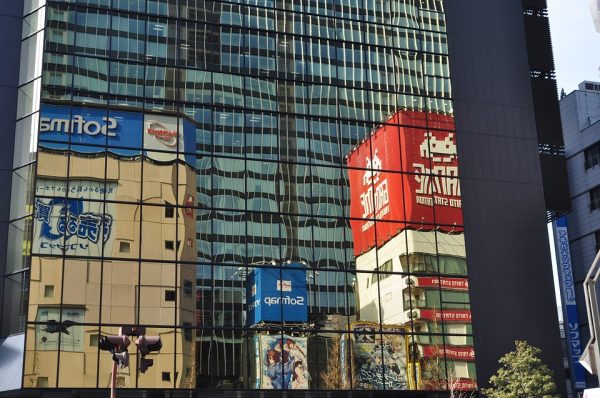 Photo by jarodsai via PixabayYes, the technological center of gaming in Japan is one of the coolest Pokemon Go locations on the island. Akihabara is also a great area to meet new people that play Pokemon Go. The area boasts many Pokestops within the vicinity that you can use. By meeting regular players in this area, you can learn about rare monsters that spawn in the area.

If Ueno Park makes your sessions more scenic, Akihabara allows you to enjoy being a Pokemon fan. After catching some Pokemon, you can visit the shops which offer collectibles. 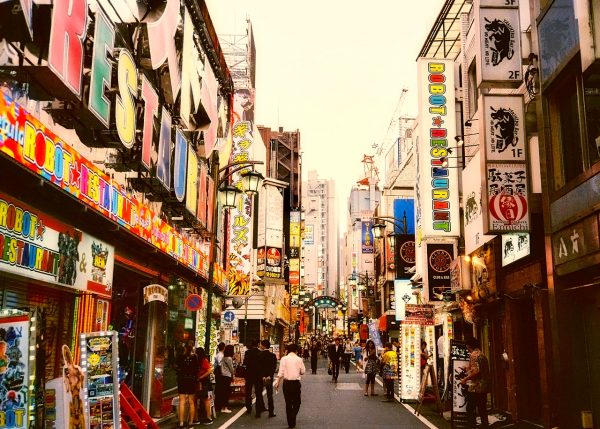 Photo by 12019 via PixabayThe last Pokemon Go location in Japan that we’ll be talking about is Shinjuku. Known for being one of Tokyo’s biggest shopping hubs, Shinjuku is a great place to visit. But, if you’re into Pokemon Go and shopping, then you shouldn’t miss this place. The allure of Shinjuku’s shops is matched by the Pokemon that spawns in the area. According to players, Shinjuku is a good area to catch Pikachu!

Having a great spawn rate for Pikachu makes Shinjuku a great Pokemon Go location to play in. You might catch many Pikachus, which will help you get more candies. Then, after a tiring session of playing, you can visit shops to shop and dine. 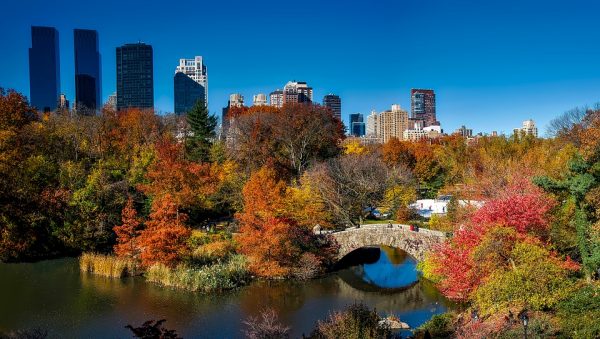 Photo by 12019 via PixabayIconic is one way to describe New York’s Central Park. This vast park found in Manhattan, New York is a popular place to play Pokemon Go. There are many Pokestops within the area that you can put lures in. Aside from the Pokestops, the water areas around the park allow you to catch water monsters. If you need those extra candies to evolve your Magikarp, this is a good place to go.

What makes Central Park a great Pokemon Go location is that the park and city itself approve of it. They allow players at the park if they follow the safety guidelines. They even have guidelines and area suggestions for PoGo players on their website. 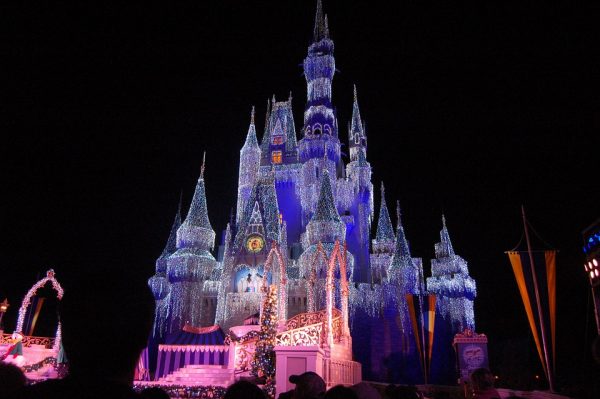 Photo by peridotmaize via PixabayNothing is more awesome than entering the halls of the Walt Disney World Resort. The most magical place on Earth is a dream destination for kids and kids at heart. Not only can you experience rides and other attractions found in the resort. But, you can also play Pokemon Go while you’re inside.

After visiting the United States, let us now cross the pond and venture into Europe! So without any hesitation, let’s look at the best Pokemon Go locations in Europe. 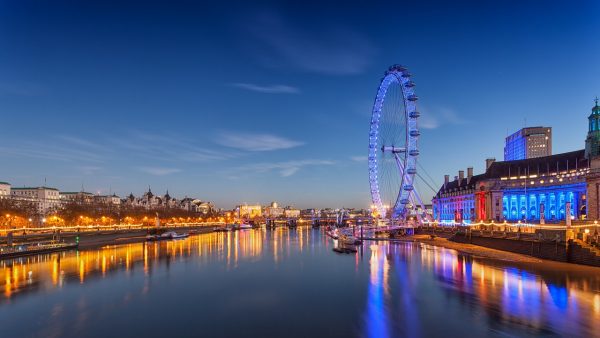 Photo by Free-Photos via PixabayLondon, the capital of the great country of the United Kingdom. With plenty of landmarks and scenic locations, hunting Pokemon here will be fun. Of course, there will be a lot of Pokestops within the city that you put lures in. Another great reason to go to London is that you’ll get a shot at catching Mr. Mime! Mr. Mime is s a European exclusive Pokemon. But if that doesn’t scratch your itch, most of the landmarks and monuments in the city are Pokegyms.

One of London’s most famous landmarks, Big Ben is a Pokegym. Imagine having a legendary raid attack while viewing Big Ben. Another great Pokemon Go location to go hunting in is Hyde Park. With many landmarks and sights, this will make catching Pokemon become more scenic. 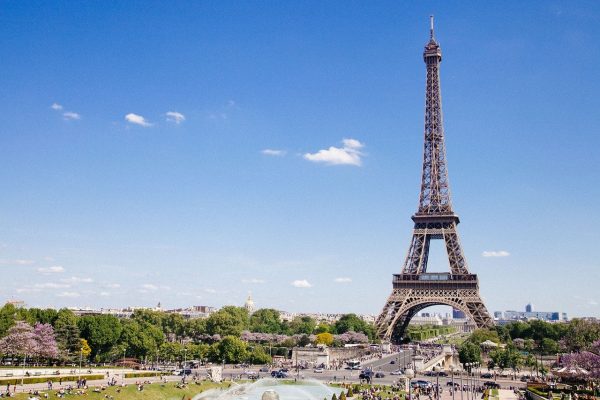 Photo by Free-Photos via PixabayParis, the city of love and romance, is also a great Pokemon Go location. Iconic as the city itself, the Eiffel Tower is one of the most famous attractions in the city. On your way to the Eiffel Tower, there will be many Pokestops that you can use to refresh your items. You can also put lures to attract Pokemon in the area. This will increase your chances of catching more Pokemon in the area. If you prefer to keep walking, why not pop an incense that will attract monsters as you are moving?

As you are nearing toward the scenic tower itself, there will be Pokestops in the area. You can enjoy catching monsters by placing a lure and wait for them to arrive. Paris also has water areas that will allow you to catch water-type monsters. 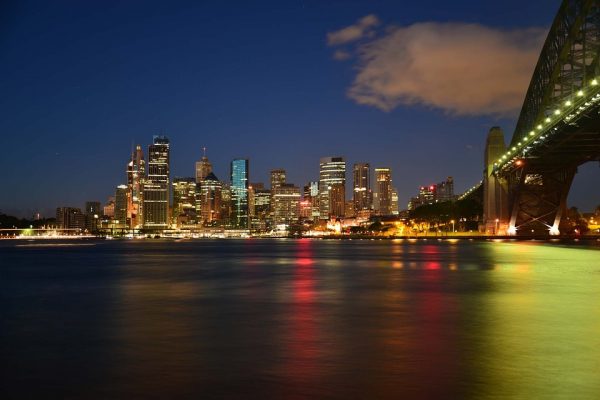 Photo by pattyjansen via PixabayWhen you think about Australia, you’re thinking of kangaroos and the Opera House, right? Well, you’re in luck as the area that surrounds the Opera is a great Pokemon Go location. The area around Circular Quay and the Sydney Harbour is a prime spot to catch Pokemon. Not only can you catch Pokemon, but you can also enjoy a few drinks while appreciating the view. There are local establishments that give out promos to Pokemon Go players.

The area is also reported to be a prime spot if you are looking for a Pikachu to catch. Not only that, but remember the kangaroos and how they are part of Australian fame? Well, Kangaskhan is a Pokemon exclusive to Australia and this is your chance. 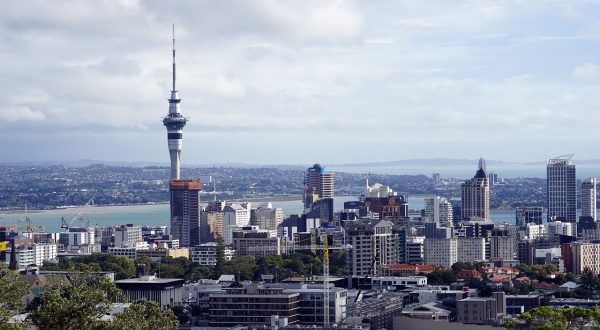 Photo by Barni1 via PixabayWant to catch some Relicantch? Well, New Zealand is the best Pokemon Go location for that. Being exclusive to the country, Relicanth is worth the price of admission. Auckland is also home to many scenic areas and there are many Pokestops in the city. What makes Auckland a great location is there are water areas near it. You know what that means, more water-type Pokemon to catch.

New Zealand also has great locations across the country. Why stick with Auckland when you can go around the country to enjoy it. You’ll catch more Pokemon after leaving Auckland’s vicinity.

The last stop in our tour around the world is on the continent of Africa! 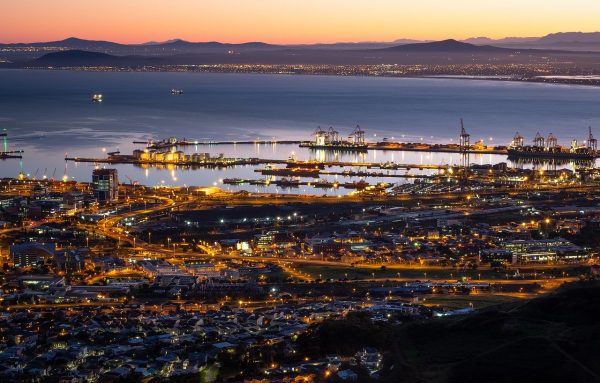 Photo by jeanvdmeulen via PixabayOur last stop is the beautiful city of Cape Town in South Africa. Landmarks, water areas, Pokestops, and gyms, Cape Town has it all. Enjoy the glorious sights while you capture Pokemon around the city. Many areas within the city are Pokemon spawn hotspots. Simon’s Town has a water area that is reportedly a good place to catch Squirtles. You can even find Pokemon spawning within the campus of the University in town.

Need to restock your items? No need to worry as Cape Town boasts a huge array of Pokestops that include National monuments. If you plan on going to Cape Town why not add Pokemon Go to your itinerary?

Pokemon Go is a great way to meet new people and to get a few miles as well. But, be a responsible player and follow city rules. Sometimes, following the rules avoids accidents from happening. Also, since these locations are in different countries, you should remain conscious of laws to avoid conflict!