What Is Knockout City?

Dodgeball is an incredibly fun game whether you play it at school or just for fun as an adult. Now, what if we told you that you could play this physical game in the digital realm through Knockout City? Of course, you might feel skeptical at first because of the nature of dodgeball. However, the game has proven to be tremendously fun to play even with online players.

What is the game like? First, let’s take a look at the developer’s description to see what it has in store for you. According to the team, you can “team up and duke it out” against opposing crews for the ultimate Knockout takeover. Of course, you can only do this if you “knock out opponents with trick shots and coordinated teamwork while dodging and catching balls flying across the map.” Sounds like a game of dodgeball, right?

However, unlike regular dodgeball, the game comes with tons of new twists you can only find in Knockout City. For example, you can become the ball for your friends when you’ve run out of balls. Moreover, it also has “a variety of outlandish ball types, rewards, events, and challenges” to make things interesting. Of course, there are also varying locations and game modes to keep things fresh.

Overall, Knockout City feels like the dodgeball game of tomorrow. Like the classic game, you can “throw, catch, pass, dodge, and tackle your way to dodgeball dominance” but with some innovative twists. With that said, it’s certainly one of the more refreshing and innovative team-based multiplayer games that have recently come out.

Where Can You Play It?

The recent Knockout City Xbox Series X and PS5 release wasn’t the first time the game launched. There was already an initial release for Knockout City on Xbox One, PC, and PS4, which occurred in May 2021.

Lastly, you’ll also be able to cross-play and cross-progress the game regardless of platform. Hence, if you have both Knockout City Xbox and PlayStation versions, you can play on either console without losing progress.

Play it on your Xbox Series X today!

Get it for PlayStation!

How Much Is Knockout City?

Is Knockout City free on Xbox Series X or PS5? If you own the PS4 or Xbox One versions, then the answer is yes because you get a free upgrade.

However, non-upgraders can also play the game for free through the Knockout City trial. The only catch here is that the free version has a level cap. That means you’ll only get to play the game for free until you reach Street Rank level 25. Afterward, you’ll have to purchase the Knockout City download on PC, Xbox, PlayStation, or Switch for $19.99.

Whether you’re playing Knockout City through Xbox Game Pass, PC, or another platform, here’s what you can expect from it.

If we could summarize the gameplay in this Knockout City review, we’d boil it down to one word: teamwork. The amount of teamwork you’ll need in Knockout gaming might even surpass that of real dodgeball. Cooperation is key throughout the game, which is tough because there’s no voice chat to depend on. However, despite the seeming lack of communication channels, Knockout executes things pretty well. Let’s start with an example to better illustrate how things play out.

The Party Team KO playlist — the one that was introduced pre-release on May 18 — shows this tremendously well. You and your teammates will have to navigate a vibrant futuristic map looking for dodgeballs to fling at your opponents. Each opponent takes three hits to get eliminated and the first team that gets 10 eliminations wins the match. Simple, right?

However, the balls in this arena are all special. Some explode, others trap enemies, and a few even provide multiple shots. It’ll be up to you and your teammates how you utilize the balls you find. Moreover, you can even roll yourself into a ball that can one-hit an opposing player.

The catch here is that you have to time things. That’s because a ball made of another player overrides whatever ball your teammate already has. Hence, it could ruin others’ plans as well if you’re not careful when using this tactic.

With that said, the game might seem too chaotic to play. However, it surprisingly eliminates friction (but we do admit that it can be confusing sometimes with so much going on). Nonetheless, it’s loads of fun to play, especially because the accurate aim isn’t important for the most part.

Of course, the gameplay is similar across platforms whether you’re playing the Knockout City Xbox, PlayStation, PC, or Switch version.

In a chaotic multiplayer like Knockout City, combat controls certainly play an important role in providing a good experience. Thankfully, an accurate aim isn’t as important unless you’re throwing a Sniper Ball or picking landing zones. The system auto-targets opposing players, letting you fully engage in the chaotic mess without worrying about getting a bullseye.

In addition, the charging mechanic plays a big role in combat as well. It determines whether an opponent can easily catch or dodge a ball making it crucial to get right. Of course, this won’t always be necessary especially when an enemy is close by. However, you can still easily charge up a shot mindlessly even though it could work against you. It’s all very fast-paced which is, perhaps, just the nature of dodgeball and no fault of the game.

Lastly, Knockout City has tons of potential when it comes to creative combat. That’s because you can combine tricks, shots, and tactics using the resources and mechanics you’re given. We could be saying this now just because the game is new. There are still so many strategies to try out and gameplay mechanics to discover at this point. Moreover, because the developers keep adding new content, we’re sure this will go on at least for the foreseeable future. You’ll be scouring the Knockout City wiki eventually trying to catch up on all the mechanics and potential tactics.

Overall, the combat and controls of Knockout City are pretty spot-on and there’s not much to complain about. The developers certainly had gameplay experience in mind when they were programming the game. The Knockout game frees your mind from thinking too much about janky controls so you can simply enjoy playing.

The graphical style of Knockout City fits its identity pretty well. It’s loud, vibrant, cartoony, and gives off a fun feeling in both its environments and characters. However, the art style itself might not suit everyone’s tastes. The character models may even remind you of Bratz dolls which can be a little too much for some.

Nonetheless, the game’s world was crafted incredibly well with a high level of polish. That’s especially true if you’re playing the Knockout City Xbox Series X or PS5 versions. Those can render the beautiful 3D models in even higher resolution allowing you to appreciate every bit of the art. Of course, it still dazzles most people with its colorful and quirky designs.

In addition, the soundtrack perfectly fits the atmosphere and fast-paced environment. It’s energetic and even unconventional given the genre. However, regardless of your opinion of the music, it’s certainly able to put you in the dodgeball mood. Overall, the design and music, especially on the Knockout City Xbox Series X and PS5 versions, will blow you away.

With all that said, one important question remains: is Knockout City crossplay compatible? After all, a game heavily focused on multiplayer should have crossplay even if it doesn’t. Thankfully, the answer is yes. Thanks to the developers’ foresight, you can Knock out opponents as long as they’re online, regardless of the platform.

There are multiple game modes that Knockout City offers that make it highly replayable. Some of these include 3v3, 4v4, or free-for-all matches. Moreover, there are tons of variations in maps, ball types, rewards, and progression that can keep you engaged. EA even has multiple seasons that introduce new maps, ball types, and more just to keep things from feeling monotonous.

Perhaps these types of games are your cup of tea, regardless of whether you played the Knockout City Xbox, PC, PlayStation, or Switch version. If that’s the case, then you might like a few games that feel similar but aren’t quite the same.

Unless you’ve been living under a rock, then you probably already know what Fortnite is. In this multiplayer online battle arena, you jump into a battle royale where only the last man standing wins. Like Knockout City, Fortnite is full of fun quirky environments and even more outlandish skins and costumes.

However, unlike Knockout City, Fortnite doesn’t have teams and you compete against 99 other players at a time. Moreover, you can play the game by eliminating opponents through various means and strategies. It all depends on your creativity and playstyle, whether you’re offensive, defensive, evasive, or whatever else.

People playing in a field with their physical bodies are a huge part of most sports. However, did you know that you could play a sport with cars, too? Virtually, that is. If that sounds intriguing, then we recommend checking out Rocket League.

In this game, you drive cars but — not to race to a finish line. Instead, you use them to score goals with a giant football. It’s tons of fun for all ages, especially because it has online play. On the other hand, you can also just enjoy it with your family on the living room couch. Your choice.

Now, Valorant might be a relatively new game considering it only started early 2020. Nonetheless, it’s already made tons of waves in the gaming industry and is pretty popular among multiplayer fans.

In this shooting game, you can see tons of action with nine other online players. Like Knockout City, there are teams involved but each one can have unique abilities. It’s structured in rounds and is vibrant, colorful, and energetic. If you’re up for more “sport-like” games then we certainly recommend it.

Try Out Knockout City on Xbox and PlayStation Today!

The Knockout City Xbox Series X and PS5 versions are released and we’re certainly here for it. With the new release, you can view the game at 4K or 120fps in all its beauty and glory. However, regardless of the platform, Knockout City can be tons of fun especially if you love chaotic sports and dodgeball.

If you’re interested in the game, we recommend checking out www.ea.com for details. 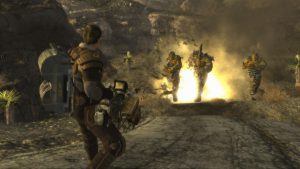 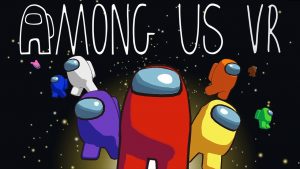 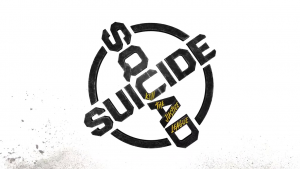