Most people choose between Windows and Mac operating systems based on the benefits and software compatibility each provides. However, not everyone who’s choosing between the two operating systems considers the types of file systems they’ll have. If you’re a Mac user who’s confused by all these file systems, then you’ve come to the right place. Here’s everything you need to know about the APFS vs macOS Extended debate and which is right for you.

What Is a Hard Drive?

Before we get into the nitty-gritty between APFS vs macOS Extended, let’s first understand what hard drives are. In the 21st century, the average person might define them as that external storage device you use to back up files and store movies. However, while this definition may be correct, it doesn’t paint the whole picture. Let us explain.

Yes, hard drives are the storage hardware components that people use to store digital information. These files could be music, videos, photos, software, documents, or anything else you can think of. However, the term “hard drive” doesn’t only refer to the external hard drive that you might think of. That’s because a hard drive can be either internal or external.

Most computers nowadays come with an SSD (solid-state drive) that’s faster than the old HDD (hard disk Drive). SSDs are great because they’re faster and have no moving parts, minimizing the risk of damage. Moreover, this speed allows them to process things quicker, ensuring faster boot times and read-write speeds.

However, the problem with SSDs is that they’re still fairly expensive to make. As a result, most base model computers selling with an SSD usually come in 128 GB or 256 GB. If you want something affordable with a larger storage capacity, opting for a computer with HDD makes more sense.

Why did we just discuss hard drives in an article about APFS vs macOS Extended? Well, it’s pretty simple. Knowing which file format is best for you requires some basic hard drive knowledge. Moreover, it’s important to find out if your computer and external storage devices are SSD or HDD first. Once you know that, then you can proceed to understand the differences between APFS vs macOS Extended.

The debate between APFS vs macOS Extended is a relatively recent discussion people have. That’s because APFS (Apple File System) is fairly new, with its first reveal back in 2016. Its debut had a lot of implications, performance-wise, in macOS and for Mac users moving forward.

Unfortunately, many macOS users probably didn’t understand the change and the significance of Apple’s move. After all, most people only care about how the OS functions without giving much thought to file systems.

However, not understanding the difference between APFS vs macOS Extended can cause a lot of problems later on. This is because you may want to transfer files between computers — and even between different operating systems — using external drives. However, without proper compatibility, you might just end up frustrated because your files won’t transfer.

So, what is APFS and how does it work? To put it simply, the APFS format fixed the problems the older macOS Extended file system had. Hence, it’s a lot faster, more optimized, and handles data better than macOS Extended. If you’ve ever used both systems, you might notice that APFS file systems generally tend to corrupt files less.

On the other hand, speed is a big part of APFS’s performance enhancements as a file system. Hence, copy-pasting files and folders using an APFS drive will be near-instant because of the improved metadata management.

What Is macOS Extended?

macOS Extended journaled (otherwise known as HFS+) is Apple’s journaling file system released back in 1998. Sure, we debate between APFS vs macOS Extended now. However, when the file format first came out, it was also an updated version of an older system.

In specific, macOS Extended (or HFS+) was an upgrade to the previous HFS (Hierarchical File System) standard. However, as technology began to change and grow, Apple needed to create better file systems for their computers. That’s when APFS came in.

With that said, it might confuse some users as to why we’re still using the old standard when APFS exists. What is macOS Extended used for in 2021? Should we even still consider it? The answer is simple: macOS Extended might be old, but so are many people’s devices.

While that’s a rather simplistic way of putting it, there is truth to the statement. That’s because APFS only works with macOS 10.13 High Sierra and later. Hence, because Apple products usually last for a very long time, many Mac users might still be using old software. As a result, they have no choice but to use macOS Extended. Apple knows this, and as such, continues to support the older file format.

APFS vs macOS Extended: When Should You Use Them?

If the question is between APFS vs macOS Extended, the right answer for users of modern Macs would be APFS. Well, most of the time. There are use cases for either file system and it’s all dependent on the hardware and software you use.

As we previously mentioned, the APFS standard was created specifically for macOS 10.13 High Sierra and later. Hence, if you’re using something like Catalina, Mojave, or Big Sur, you should be in the clear. However, Mac owners who use macOS 10.12 and earlier won’t be able to use it at all. You can’t read, write, or even access drives (including external drives) that use APFS.

Of course, if all you’re using are modern Mac devices, then, by all means, go ahead with APFS. It’s a much better file system that’s faster and performs better than macOS Extended, after all. Just make sure to note the compatibility issues it might have with certain software and hardware.

We already discussed the difference between SSD and HDD storage. SSDs are faster, while HDDs are cheaper but slower. You might think that using an APFS file system with HDD will make things run faster. Fast added to slow equals somewhat fast, right?

Unfortunately, that kind of logic doesn’t hold up with the APFS vs macOS Extended debate. It’s because an APFS file system’s improvements were built specifically for high-speed SSDs. That makes sense, given most modern computers and external drives use SSDs.

However, an APFS file system’s improvements will be wasted if you use HDD. There will be very little — if any — performance and speed improvements in that situation. Hence, while most modern Macs do use SSDs, older computers using an HDD will see no benefit.

Lots of people backup their files — whether personal or work-related — just to be on the safe side. However, some software used for backing up files, such as Time Machine, don’t work with the APFS file system. Hence, if you plan on using Time Machine, it’s better to continue using macOS Extended moving forward.

Between APFS vs macOS Extended, APFS is certainly the better choice with the right conditions. However, macOS Extended still wins out if you’re looking to format an external drive that needs to be backward compatible. To put it simply, if you need to transfer files between new and older Macs, macOS Extended is better.

Of course, macOS Extended might be cross-compatible between newer and older Macs, but it’s not practical for cross-compatibility with Windows. In that case, it’s better to use the FAT file system to format your external drives.

When we say FAT file system, we mean either FAT32 or ExFAT. Either of these formats will work with both Windows and Mac computers, so cross-compatibility should be no problem with them. However, do note that FAT32 can’t move files larger than 4 GB. Hence, it’s better to go with ExFAT if you want to move large files.

On the other hand, ExFAT isn’t compatible with anything older than macOS 10.6.5. Thus, while it does have capacity advantages over FAT32, there are some downsides with backward compatibility, too.

Lastly, whether you use FAT32 or ExFAT is up to you. However, make sure not to format your external drive with NTFS. This is Microsoft’s newest file format for Windows — and it’s certainly better than the previous 2 standards. However, using this standard will render your files read-only on a Mac.

How to Format a Hard Drive for Mac

Most of the time, Mac users don’t reformat the disk built into a Mac device. Hence, we’ll focus solely on how to format an external drive with APFS vs macOS Extended.

First, Back up Your Files

You can do this by simply copy-pasting your files and folders to the target drive. On the other hand, you can also use an app called Time Machine to do this for you.

Now, it’s time to get into the process of how to format hard drive devices with APFS or macOS Extended.

Firstly, connect your hard drive to the Mac via the USB port. Make sure that your device is reading the external drive correctly without a problem.

Your Mac should already have Disk Utility on board to reformat hard drives. You can simply do a spotlight search with Command+Space to find the app. On the other hand, you can also use Finder by choosing Application on the sidebar. Afterward, double-click on the Utilities folder and then Disk Utility.

Afterward, click on the View icon on the upper-left corner within Disk Utility. Then, just choose Show All Devices from the selection. From the sidebar, select the disk you connected and click on the Erase button on the right side.

Afterward, input the name of your disk (11 characters max) and select the Format you want. There will be a long list showing which file format you can choose from. You can choose either APFS or Mac OS Extended (Journaled), depending on your preference. On the other hand, you can also choose a variation of either one or use MS-DOS (FAT) or ExFAT.

Afterward, choose a Scheme or leave it as is. Then click on the Erase button and wait for the reformat to finish. Once it’s complete, the Done button should be blue and available to click. Click on it and then close the window. With that, you’ve successfully formatted your hard drive.

Why Should You Format Your Hard Drive?

Choosing between APFS vs macOS Extended is one thing. However, why is it important to format a hard drive in the first place? There could be many reasons. One of the biggest ones would probably be backward or cross-compatibility. After all, transferring files between devices using an external drive demands it.

On the other hand, you might just want to take advantage of newer and better file systems. Hence, a user could opt to reformat their hard drive to APFS for better speed and overall performance. It all depends on you and your use case.

Between APFS vs macOS Extended, APFS wins in terms of speed and performance. However, because the latest innovations don’t always trickle down to regular consumers immediately, it’s important to continue supporting older formats. That’s why Apple still supports formatting hard drives using the old file format, despite APFS’ clear advantages. Of course, if all your Apple devices are relatively new and your workflow allows it, APFS makes the most sense. 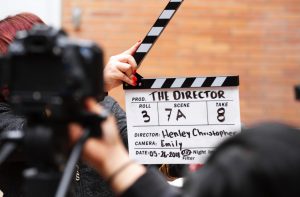