Comedy Central is a channel known by many for its funny content. We came to know it for shows that may have looked offensive to many. But, despite the mature comedic content, a lot of people ended up enjoying them.

With the Internet becoming a major platform for entertainment, the channel is also adapting. Not only is it providing TV broadcasts but it is also providing Internet streaming as well. With this shift, many are also wondering how to enjoy the channel’s content offline.

Below is a complete guide on how to download Comedy Central shows.

Please note that we do not encourage downloading content from Comedy Central with the intent of sharing it online on other video-sharing platforms. This guide is only meant to teach you how to download shows for your personal consumption only.

If you have a subscription to the network but don’t always have the connection to enjoy the shows, downloading the content you’ve already paid for only makes sense.

What is Comedy Central?

Comedy Central is an American television channel known for its comedy programs. It airs TV shows, stand-ups, and feature films. The channel aims to deliver comedy content for mature audiences.

The Evolution of Comedy Central

Comedy Central started in November 1989 as The Comedy Channel. Time-Life, which are the owners of HBO, was the one that created this channel. It entered history as the first cable channel exclusive for comedy shows.

By April 1991, the two channels merged into one as CTV: The Comedy Network. This was renamed in June into its present name. For most of the 1990s, the channel only had a small viewership. But, it was the launching pad for many comedy shows that became popular. Politically Incorrect with Bill Maher and Daily Show became highly-regarded for their political humor. The channel also showed Mystery Science Theater 3000, The Kids in the Hall, and Whose Line Is It Anyway?, which are all very popular shows.

The channel became a household name by 1997 with its airing of South Park. It is an animated sitcom known for its dark humor, profanity, social commentary, and overall mature content. The show continues to air today and is considered a great commercial and critical success. Because of the show, many households in the United States acquired Comedy Central. This began the channel’s brand of mature and controversial comic content.

Comedy Central is also shifting from cable television to online streaming. Shows from this channel are available for online streaming through Internet protocol television. It is available on FuboTV, Philo, Sling TV, and AT&T TV. Episodes are also available through the channel’s official website.

There are many ways to download your favorite Comedy Central shows and movies on your PC or Mac.

Bigasoft Video Downloader Pro supports Comedy Central movie downloads. To start a download, copy the movie’s URL to the video downloader. You can adjust settings such as download quality, file destination, and file converter. After you have adjusted the settings, click on the download button to begin the movie download.

Comedy Central movie downloads are possible with FetchFile online video downloader. The downloader allows for a very simple video download experience. First, copy the movie’s URL. Then, paste it on the downloader and press Download video. You can adjust settings such as the quality and format of the movie for download.

Allavsoft allows video downloads from 100 websites including this channel. You can download your movies up to HD and 4K resolutions. Aside from downloading movies, it can also play them using its player once it finishes the download. Its add-on for Internet browsers makes video downloading much faster.

AceThinker Video Thinker has this channel as one of the websites that it supports. You can save movies in SD, HD, and 4K resolutions. File conversion for movies is also possible with this downloader. This will allow you to convert your movies into a much portable file type.

You can also download Comedy Central movies using DoVideo. Just head over to the downloader’s site with your movie’s URL. Then, place the URL on the DoVideo Online Video Downloader. After that, click the Download Now button. A link would soon appear. Right-click on it and select Save Video As.

Savefrom.net provides a straightforward Comedy Central download. First, head over to the website for its online video downloader. Then, copy and paste the URL of the Comedy Central movie you want to download. Once you have done this, press the Download button. You can also place savefrom.net or sfrom.net before the URL to start the download.

While not exactly a Comedy Central download for movies, you can still get your movie saved on your PC or Mac. To do this, download the Free Screen Video Recorder. Then, run the program and head for the capture video option. It can record videos in full screen, window, object, and region. You can pause, continue and stop recording Comedy Central videos.

Comedy Central has an app available for Android and iOS devices. It offers online streaming of the latest episodes of the channel’s shows. There are also Comedy Central movies, as well as full seasons of TV series and exclusive content. Here is a short guide on getting the Comedy Central app on your device.

Once you do get access to the Comedy Central app, you can get a lot of features. You can have access to up to over 170 different shows, specials, and movies. You can watch the full episodes of current and even past TV shows and specials. There is also an option to stream live TV through your TV provider. You can also sync your device to a TV using Chromecast support.

Words Words Words is a one-hour special aired by Comedy Central in 2010. This special is a recording of the stand-up routine “Words Words Words” by Bo Burnham at the Boston House of Blues in May 2010. Burnham performed alongside comedian Myq Kaplan in this one.

When Words Words Words aired on Comedy Central in October 2010, a total of 700,000 viewers watched it. An unrated one-disc DVD of the performance was also released within the same month. It also came with its live album that became available on Amazon and iTunes Store.

The 2010 Edinburgh Comedy Awards nominated Burnham for Best Comedy Show for Words Words Words. But, he only ended up winning the Panel Prize. His album also reached the Billboard top 40 charts.

New in Town is a Comedy Central special featuring the comedian John Mulaney. It aired on Comedy Central in January 2012 and is a recording of one of Mulaney’s stand-up performances.

Mulaney’s stand-up performance seen on this special took place in New York City. It features Mulaney’s thoughts on a wide variety of things such as his looks, childhood, TV shows, girlfriends, and charms.

Gynecological Wonder is a one-hour Comedy Central special that aired in 2015. This is a record of a live performance by comedian Bridgete Everett, which took place at Joe’s Pub in New York.

In Gynecological Wonder, Everett puts out her usual alt-cabaret provocateur self. The special is not just about comedy and dirty jokes. Everett also performed several songs during the special along with her band.

Nikki Glaser’s Perfect is another special that you should consider seeing. This aired as a one-hour TV special in 2016. This is a record of Glaser’s live stand-up comedy performance that took place in New York.

Don’t Be Yourself is a special that aired in 2017. Amy Schumer produced this one-hour special for Mark Normand, who always worked as the opening act to Schumer’s stand-up comedy performances.

Normand did just what the title says with his performance. In the special, his running thoughts and anxieties are talked about, somewhat disrupting the show. And every time he goes beyond and starts to not be himself, the show starts to get going.

There are a lot of Comedy Central alternatives out there. Here are some other platforms that offer comedic content that you can enjoy watching:

Just for Laughs is a comedy festival that takes place yearly since 1983 in Montreal, Canada. It has the reputation for being the world’s largest comedy festival. As such, comedians from around the world travel here to perform.

Aside from running an annual world comedy festival, Just for Laughs also has its own TV show, Just for Laughs: Gags, which is widely popular. The show mixes the elements of silent comedy and hidden camera pranks.

Hulu is a subscription video-on-demand service owned by Walt Disney. The service provides access to a lot of video content including comedy programming. Included in the available content are past episodes of TV series as well as live streaming of new episodes.

Among the comedy content available on Hulu are classics such as 30 Rock, Seinfield, and Community. There are also animated series such as Bob’s Burgers, Futurama, Rick and Morty, and Adventure Time. Other notable titles include Key and Peele, Fresh Off the Boat, Parks and Recreation, and Brooklyn Nine-Nine.

For more information on Hulu, check out this expert guide on how to download movies on Hulu.

Among its vast catalog of content is comedic content. Among the titles available are Austin Powers, Life of Brian, and Monty Python and the Holy Grail.

Check out this guide to know more on how to download movies from Netflix. For alternatives, you can also check out how to watch Netflix movies with VPN. 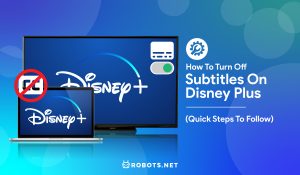 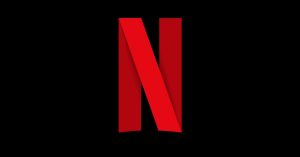