Starcraft fans are patiently waiting for the latest release of Starcraft 3. Some might ask, is it really happening and what’s new in this update?

Though there hasn’t been any official announcement about Starcraft 3 yet, however, many speculations and rumors are circulating around the internet. With the anticipation spikes, Starcraft fans also start theorizing what Starcraft 3 might push thru in its latest updates.

As for the Starcraft 3 release date, with so little news about it, no one can really say when it’s going to make its debut. Looking back, the first Starcraft game was released in 1998 and it entered the game scene with a bang. Ten years later, Starcraft 2 was introduced, which was only one-third of the game. As for the following update, users then had to wait for another three years for the Heart of Swarm expansion and another two years for Legacy of the Void to come out.

If you sum it up, gamers had to wait for more than a decade to fully enjoy the Starcraft experience. With that being said, it could be that Blizzard won’t be releasing a new Starcraft game anytime soon. Sorry for the Starcraft fans, perhaps, try waiting for another decade?

If you’re trying to fill in the void, you can buy a copy of Starcraft II to satiate your need for a new game from the franchise.

Just recently, Blizzard had its quarterly earnings call. They reassured that they’re working on expanding their development teams across Warcraft. Candy Crush, Call of Duty, Hearthstone, Overwatch, and Diablo.

With this announcement, it is very apparent that there is no mention of Starcraft 3. It may be safe to assume that at this point the future of Starcraft 3 is bleak. To add on, there is also the recent cancellation of a Starcraft first-person shooter (FPS) that had been in development for 2 years. The decision was blunt but was meant to delegate more resources into Overwatch and Diablo franchises.

This particular Starcraft game was name-coded as Ares and was described as a “Battlefield in the Starcraft universe.” Given the long development process, the team should have gotten their prototypes ready already. The player, which is a Terran marine, could attack Zerg aliens. There were also plans of a playable Zerg. 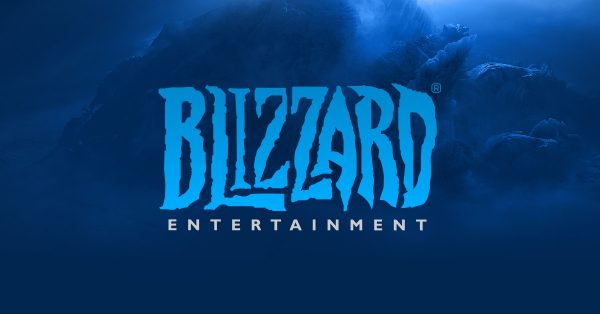 Blizzard Respond To The Rumors

Blizzard released a statement regarding their decision to cancel the development of this Starcraft game.

However, Blizzard doesn’t really comment on the unannounced projects to boost the anticipation for their project reveals. On the other hand, since Starcraft has a huge fanbase, the creator seemed obligated to air their side why they diverted their attention to other on-going projects.

The game creator said, “… the reason we tend not to discuss them publicly is that anything can happen over the course of development. Prior to Starcraft, there has been the case in the past where Blizzard makes the decision to not move forward on a given project.”

They also mentioned how much they poured out their hearts and souls into their work as they are players themselves. However, Blizzard expressed sympathy towards gamers who were disappointed. They ended their statement by giving fans something to look forward to from some of the other things that they’re working on that they will be revealing soon.

Ares started development in 2017 to see what the team could do with Starcraft on the Overwatch engine. Blizzard director Dustin Browder headed Ares and it was originally planned to be the next game in the Starcraft universe.

This is not the first time Blizzard canceled a Starcraft shoot. In 2006, Starcraft: Ghost, a third-person shooter stealth-game was axed after several changes and public delays. Still, the fans of the game have no shortage of the whole Starcraft experience. In fact, in 2017’s BlizzCon conference, Blizzard announced Starcraft II is going free-to-play.

The new free version of the game provides access to the Wings of Liberty single-player campaign. They also made the game’s online ranked competitive multiplayer available for free with access to units from all three StarCraft II releases.

This is not the first time they offered a free Starcraft Game. It was early in 2017 when Blizzard released the original StarCraft for free as well.

Despite the lack of solid news about StarCraft 3, many fans provide predictions on how StarCraft 3 is going to play out.

Fans assume that a StarCraft 3 would cost them a lot of money. They also brought up what could be the possible storyline for the third installment after StarCraft 2 pretty much ended everything with a bang. With this, fans think that a new evil for the races to fight is the best solution to make the third installment even more interesting.

There is also the fact that StarCraft 2 was such a major success that it can be hard to top that. Thus, it puts a lot of pressure on developers to create StarCraft 3 that will even be better compared to the second installment.

Fans are also discussing the idea of a prequel. It’s also a good idea to show players how things were like in the earliest days of the franchise. Plus, developers will have a fresh ground to work on instead of following StarCraft 2.

There are also speculations about new platforms for the Starcraft 3. Starcraft and Starcraft 2 runs on PCs and Mac and fans are speculating if Blizzard is considering developing a Linux version of the game.

There are also talks about having the game available in gaming consoles. This is another story. This could be a possibility especially now that there are now more advanced consoles that have the potential to run a Starcraft game on.

Blizzard does really take its time in creating and developing a game and based on their official announcement. However, Blizzard tends to hold onto its concept and affirmation to its non-disclosure projects until they’re sure that it’s polished. This only means that even though they are working on Starcraft 3, it’s still likely that they will keep it under wraps for years until they are ready to let the game hit the shelves.

With years (and more) of waiting, it’s very likely that fans will still be interested in Starcraft 3. On the contrary, new games will also rise in the future. But, who knows there’s still be some who appreciates the game. It’s a risky move, though.

No matter how Starcraft 3 plays out, it should do better than Starcraft 2 for sure. With its release, Starcraft 3 is believed to break the internet once again by selling millions of copies. Maybe, even after a decade, fans will still be looking forward to Starcraft 4.