Comics are a world of fun to read. They can transport you to different worlds and universes, telling stories that make you either laugh or cry or both. Regardless of what genre you’re into, comics are a beautiful experience to read. They give you a sense of visual wonder and tell stories by showing, not telling, through masterfully drawn art.  However, ever since the dawn of the digital age, comic books have come a little out of fashion. People turn more often to their phones, laptops, and tablets, nearly abandoning print media altogether. Does this mean we have to live in a world without comics? No, sir. Just like how many things adapted to the digital age, so did comics. Not only did comics adapt, but they actually took advantage of the digital platform. They’re more accessible now than ever, as you can easily read comics online for free.

I bet Amazon’s not the first thing that comes to mind when you think of reading online comics. However, they’ve already diversified into many other services—movies, books, music—that it’s really no surprise they now offer comics. What’s more surprising is how many comics Amazon Best Sellers offers for free!

To find their free comics, go to the “Comics and Graphic Novels Best Sellers” list on Amazon. From there, you can browse their selection under “Top 100 Free” to freely read comics online. Amazon also has a great feature for filtering your searches. Filter by genre, author, and many more to find the comic book you want. The selection is also updated hourly so you can check back anytime to see what’s new.

Are you a fan of Golden and Silver Age comic books? Then look no further than Comic Book Plus. It’s got all the goodies: pulp fiction, fanzines, non-English comics, magazines, newspapers, adverts, booklets, posters, and even coloring books. The site’s interface might look a bit dated but their comics are not. They’ve got a wide (and still growing) selection of titles so you can read comics online to your heart’s content. You don’t even have to sign up or subscribe to get started. Just go to comicbookplus.com to browse their wide selection of comics.

If you want to read comics online, ComiXology is certainly the place to be. They’ve got a wide selection of titles from Marvel, DC, and Dark Horse to mangas, indie comics, and more. It’s a great place to start if you were planning on digging into some Marvel or DC lore.

Be warned, however, that ComiXology mainly functions as a paid online comic store. Many issues will require payment, but they’ve also got quite a few titles that are free. They’re also tough to beat with a well-designed mobile app for on-the-go viewing.

If you’re a DC fan, you’re sure to have fun while you read comics online via the DC Kids website. It’s designed specifically for the younger generation so it’s a great starting point for your kids to read comics.

If you’ve been following DC’s animated releases, you’ll know they’re very good and their online comics are just as entertaining. While the number of titles isn’t as many as other websites, all of the ones on-site are keepers. However, not everything is for free so you’ll have to sort out the titles that are. Still, it’s a great place to read comics online for free so make sure to check it out.

Many sites that allow you to read comics online offer more modern, recently released comics. However, some people want to read older comics from ages past, but not many offer them anymore. Classics from the 30s, 40s, and 50s can be tough to find and that’s why Digital Comic Museum was born.

Modern comics do have their strengths, but there’s something different about reading the classics. Transport yourself to the Golden Age of comic books and read original titles like Captain Marvel. Through these precious beauties, you can see how stories were told back then and how art and storytelling have changed.

Another site where you can read comics online is DriveThru Comics. Even though Marvel and DC comics are absent, they’ve still got a wide selection of comics you’re sure to love. In fact, the bigger competitors of Marvel and DC are here. If you’re a fan of Top Cow, Aspen Comics, and Valiant Comics, you should feel right at home with DriveThru Comics. Moreover, the website is fairly easy to navigate with filters for genres, publishers, formats, etc.

The downside to DriveThru Comics is that it isn’t totally free. Most of its initial issues are free, but their succeeding issues are not. If you like a comic’s first issue, you have to purchase the rest if you want to continue.

Are you a fan of both Marvel and DC? Then one of the best ways to read their comics is GetComics.info. It’s got a wide selection from both companies plus other comics from smaller publishers. Browse for all the comics that you know and love, and then start reading!

Apart from the selection, the website is pretty clean and simple to navigate so you shouldn’t have problems. You can also freely download the comics for offline viewing with no hidden purchases. Just head over to the site and start enjoying the wonderful world of Marvel, DC, and many more.

Not all comics have to have long narratives and epic battles like Marvel or DC’s superhero comics. Sometimes, short-form comics with slapstick and sarcastic humor is all you need to enjoy a good comic day. Thankfully, there’s a site where you can find just that: GoComics.

While GoComics offers both free and paid subscriptions, you’re really not required to go for the paid subscription. You can sign up for a free account and browse their wide selection of cartoons and comics. They have both lesser-known comics and more popular ones like Garfield, Peanuts, Calvin and Hobbes, and Dilbert. It’s the best place to unwind and read comics online without any complexities.

If you’re a big anime and manga fan, chances are you’ve heard of KissAnime before. It’s a website where you can freely watch anime to your heart’s content. However, did you know that KissAnime has a cousin? Yes, that’s right. With KissAnime’s cousin, KissManga, you can read mangas as much as you want.

KissManga has a wide variety of mangas you can read. They’re even updated with recent releases for ongoing titles. You can also browse mangas via their list or search by genre or status (completed versus ongoing). No doubt this website will be the number one for manga fans out there.

Who could forget one of the biggest publishers in the industry? With Marvel Unlimited, you can read comics online under Marvel’s vast selection of titles. However, this website is mainly a paid-for service. A monthly or annual subscription will give you access to over 25,000 comics.

Given Marvel’s reputation, Marvel Unlimited as a mostly paid service is unsurprising. Even so, Marvel does have a few comics under its belt that are listed for free. Plus, if you’re a Marvel fan, you’ll probably want to view their lesser-known titles, too.

It’s great if you can read comics online for free, but some people do want a more immersive experience. What better way to do that than to read with a community? Newsarama offers just that, especially for sci-fi enthusiasts.

Of course, Newsarama does offer free comic books online. It has a good selection, but it isn’t nearly as extensive as other websites. However, it does make up for that by being a great place to discuss theories. After all, one of the most fun parts of reading comics is getting into the narrative’s lore and mysteries. Furthermore, the website goes deeper into sci-fi with related news and stories.

One of the best things to come out of comics’ transition to digital media is probably exposure. Gone are the days when big publishers were the only ones in the spotlight of the comic book industry. As digital comics grew, so did the number of comics made by indie creators. Not only that, but they’re also actually being read and given proper credibility through websites like Tapas. In fact, many titles on the platform have already grown. If you’re familiar with Erma Comic, it started on Tapas and grew to have a graphic novel and short film.

Huge comic fans are sure to get excited when they discover sites like Tapas. It’s a pretty innovative website with both premium and free comics. You can browse their wide selection of Tapas originals or check out the many indie user-uploaded titles. It’s also easy to find comics as you can filter by genre, free, premium, trending, fresh, and more. However, do note that some comics here have an unconventional format. Many comics on the platform are read through regular pages but some are read via top-down scrolling. If you can get used to it, Tapas is a great site to read comics online for free.

Another way to read comics online for free is The Internet Archive. While the website may not have mainstream titles, that doesn’t mean its comics aren’t good. You can find great stories on the site, especially if you’re a manga fan. Browse through the thousands of comics within their library and search via many different filters. The only downside is that the naming scheme is a bit clunky so it can be difficult to navigate. Otherwise, The Internet Archive is a great website to satisfy all your comic cravings.

If you’re hungry to read comics online from major publishers like Marvel, DC, Vertigo, and Image, check out View Comic. There’s a lot of comics and famous titles for you to eat up and enjoy.

View Comic’s interface is simple and clean. However, it may be too simple for some people since all you can do is search for titles. That can be off-putting for some who want to filter by genre, but its wide selection may make up for that shortcoming. Plus, there’s no sign-up or registration required for viewing comics. Just head to their website and you’re good to go!

Another great website to read comics online is Webtoon. It’s similar to Tapas in that it features both original titles and self-published comics by the platform’s users. However, one of its key distinguishing factors is that majority of the webtoons are top-down scrolling types. This means that while it’s an okay experience to read on-site, you’ll get the best experience when reading on mobile. If you can get used to this new medium, then you’re in for a world of wonder.

Webtoon features an ever-expanding library of comics you can binge. They have a wide array of genres, too. From romance and drama to sci-fi and fantasy, all the way down to horror and thriller. It also has innovative features with some comics having GIFs, music, and special effects for an immersive reading experience.

Webtoon strives for weekly updates per comic and aims to fill every day of the week with a comic update. If you’re subscribed to multiple ongoing comics, you can read multiple comic episodes per day and be entertained week-long. There are no catches, either, since it’s all for free. However, you can unlock episodes earlier by paying for fast-pass but it isn’t required.

Comics don’t have to phase out just because people have gone digital. In fact, some online platforms have rendered comics more accessible than ever. With the use of ads and many other money-making methods, comics can even be read for free. Best of all, you don’t even have to stick to only one website. Since they’re free, you can try all of them and binge read to your heart’s content. 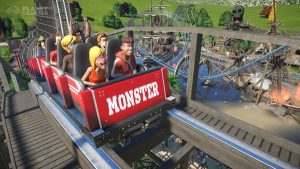