Robotics is changing the world. There is hardly an industry anywhere that did not improve through robotics. Besides, this improvement is often dramatic. For this reason, robotic companies are growing at a rapid pace. Moreover, they offer many different types of opportunities for those who are aware of them. These opportunities include high-paying and interesting engineering jobs, such as:

Another great thing about robotics companies is their diversity. The companies that make robots are both large and small, while some are well-known and new. They can be found in the United States and all over the world. Some of these are industrial robotics companies. Others are powering robots for consumer use. However, they all represent some of the most cutting-edge technologies available today.

In this article, we will detail not only the best robotics companies but also those who are developing the most ground-breaking applications in the field.

Canvas Technology is a robotics engineering company based in Boulder, Colorado. It is a very special type of industrial robot for manufacturing companies. The robot, which is called the Canvas Autonomous Cart, is essentially a self-driving cart with stereo cameras. These cameras use the latest in spatial AI technology to enable the robot to see an entire factory floor in three dimensions, from the ceiling down to the floor.

With its sensors, the robotic cart can collect and relay real-time information to decision-makers about manufacturing processes. This information not only helps companies improve and quicken these processes, but also make them significantly safer. The carts can also provide autonomous delivery of goods from one endpoint to another. This is likely the reason why Amazon purchased the company.

In the future, an adaptation of the company’s technology to devices will be possible. They might have vehicles that carry heavy goods and construction equipment.

You might not be familiar with the name Boston Dynamics, but you are probably familiar with one of its most famous products. The robot manufacturing company is popular for making viral YouTube videos of Spot. It is the stunningly realistic robotic dog that the company manufactures. Soon, this dog will be doing a lot more than making interesting YouTube videos.

Marc Raibert, the founder of one of the world’s top robotics companies, recently indicated that they finally plan to commercialize Spot. Among the many real-world applications for this 25-kilogram robotic dog is in construction site inspection. The company has already posted a video in which Spot agilely navigates through a pair of Japanese construction sites while recording a video of the work done there.

The company is also developing a humanoid robot called Atlas. It can perform whole-body manipulations with its arms, legs, and torso, and can also leap over things such as logs.

Based in the San Francisco Bay area, Cruise Automation is a robotics company that focuses on driverless cars. In 2018, the company, which is owned by automotive giant General Motors, raised $1.65 billion from both Honda and Softbank. The latter has also heavily invested in Boston Dynamics.

Cruise Automation is currently developing several real-world applications for its driverless technology. First, they have partnered with the crowdsourcing platform DoorDash to test driverless food delivery to a few customers in the Bay area. Even more, they are testing a driverless ridesharing service in the area that they hope to launch at the end of the year, which will compete directly with both Uber and Lyf.

Like Canvas Technology, Diligent Robotics is an industrial robotics company that is applying AI to robotics. The Austin, Texas company manufactures a robot called Moxi. The difference between it and most industrial robots is that it works not only on factory floors but also in ordinary workplaces.

Moxi’s deployment is in hospitals and other healthcare facilities. The robot can do many of the necessary but mundane tasks needed in these places, such as stocking shelves, preparing patient rooms, and anything else that does not directly relate to patient care. It does all this while effortlessly navigating corridors and tight spaces and while conveying intelligence through the actions of its head and eyes. All this frees the hospital staff so that they can focus on their primary task: providing care.

When Bill Gates speaks, people generally listen. So, when the legendary Microsoft founder recently visited Harvard’s Biodesign Lab and Microrobotics Lab and wrote positively about his experience, it generated a lot of buzzes. The two organizations, which are associated with Harvard University, develop disruptive robotic technology translated into commercial applications through the formation of startups and corporate alliances, is at the forefront of robotics.

Among their innovations are the Soft Robotic Gloves, which they are currently developing. It augments human performance and restores it. Also, they have the RoboBee, which is a tiny and lightweight flying robot that will be deployed in swarms for applications such as:

Anybots is a robotics company based in San Jose, California. It offers a unique form of robotics technology that they call mobile telepresence, which in effect allows someone to be in two places at once.

These robots are known as remote avatars. Moreover, they come with speakers, cameras, and video screens. Their owners can control how they function over the Internet through the use of Wi-Fi. Using a simple web interface, you can move the robots through any environment. Also, you can have them capture video of whatever they see and hear. You can even have them broadcast live video of yourself.

This could one day eliminate the need for long-distance business travel, and it could allow for the creation of a truly remote workforce. The robots could also facilitate remote doctor visits and patient care.

Unlike many robotics companies in operation today, UBTech, located in Shenzhen, China, focuses not on industrial robots but products for consumers. Originally known for the toy robots they manufactured, the company has recently developed a full-featured humanoid robot called Walker that may remind many of Boston Dynamics’ Atlas.

Walker is a mobile and self-balancing service robot that not only exhibits rudimentary intelligence but can also traverse various terrains, such as stairs and slopes. It can even avoid obstacles in its path while recognizing faces and communicating with others whenever necessary. The robot has a variety of business uses, too, as it can function both as a receptionist and a concierge.

The company, which has received a $5 billion evaluation, has recently received close to $1 billion in financing.

Universal Robots is an industrial robotics company based in Odense, Denmark that focuses on cobots, which are collaborative industrial robots. Instead of replacing workers in manufacturing plants and on factory floors, these robots work with them to make their jobs easier, more productive, and especially safer. The company, which is considered the leader in their field, has been selling cobots for more than a decade. Also, it has sold more than 25,000 of them in its history.

The Robotic Industries Association has said that cobots are the fastest-growing segment in the industrial robotics field and that by 2025, more than one-third of all industrial robots sold will be cobots. So, in spite of increased competition from those that have begun to enter the field, it is expected that the company will maintain its leadership position for some time to come.

Based in Denver, Colorado, AMP is a robotics company that is focusing on improving the environment. They develop a robotics system called Cortex, which uses neural network technology to reclaim recyclable materials in many challenging environments, such as at construction and demolition sites and mixed-waste sites. Combining arms, eyes, and a brain, these robots can both identify recyclable materials from other forms of waste and pluck them off at conveyor belts, and it does all this at high speed.

What makes these robots truly exceptional is that they keep getting smarter. They continually learn from their mistakes. You can further install and set up the device in less than two days, and it fits above any conveyor belt.

Left Hand Robotics, based in Longmont, Colorado, is a robotics company that builds self-driving vehicles. But instead of manufacturing self-driving cars, it develops self-driving snowplows.

Called the SnowBot Pro, you can control it remotely over the Internet using a simple mobile app. While it follows a pre-programmed path as it removes snow, it has sensors to help it avoid any obstacles in its way. It can also report and record real-time data about what it is doing. Best of all, the robot eliminates the need for people to be exposed to hostile weather conditions, and it reduces labor costs by as much as 60% while clearing snow up to 14 times faster.

What’s more, it can mow lawns, too.

How To Join PlayStation Party On PC (Beginner’s Guide)

How to Connect Samsung Soundbar to TV (A Detailed Guide) 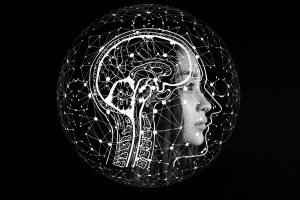 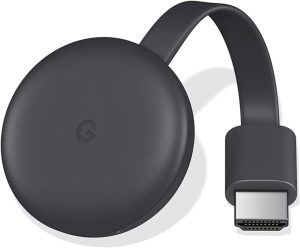 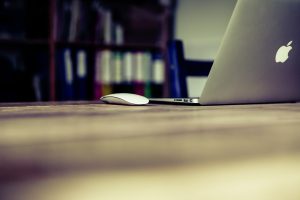