Suicide Squad: Kill the Justice League is an upcoming first-person shooting game based on the DC comics of the same name. The game follows Harley Quinn, Deadshot, King Shark, and Captain Boomerang on a new mission to stop the brainwashed members of the Justice League. With Batman presumably dead due to an accident, can these villains-turned-unwilling-heroes save Metropolis?

Here is everything you need to know about the highly-anticipated, action-packed game before it comes out.

What Is Suicide Squad?

The Suicide Squad is a fictional team of villains from all over the DC universe. The villains are turned into weapons or even heroes at the behest of the government whenever a large threat looms over the country. Incarcerated in top-security prison called Belle Reve, they are promised parole, work release, or reduced sentences in exchange for participating in high-risk special missions.

As incarcerated villains, all members of the squad are considered highly dangerous as well as expendable. The ruthless Amanda Waller recruited and managed the squad, who would not hesitate to eliminate the entire team to achieve her objectives. As a form of precaution, Waller has the members of the squad injected with nano-bombs before missions. Waller and her support team have control over the bombs and can detonate them if and when the members fail to obey orders or otherwise try to escape from the mission.

The Suicide Squad first appeared in a comic book series called “The Brave and the Bold,” which ran in the late 1980s. Another publishing company would later revive the series in another comic book serial entitled Legends and Secret Origins. The fictional ragtag team would also have two, self-titled serializations that span over fourteen years’ worth of monthly issuances in total.

An Introduction to Suicide Squad: Kill the Justice League

The storyline trailer for the Suicide Squad: Kill the Justice League first premiered at the DC FanDome on August 22, 2020. You can watch the trailer below:

Based on the trailer, this latest game will take place in the highly colorful and detailed city called Metropolis. Metropolis is a lot like the York City in the Justice League universe. It’s a few cities away from Batman’s Gotham City.

The trailer reveals Superman, Flash, and Green Lantern as part of the brainwashed army. For some gamers, this is a dream come true; because for once, the heroes are on the bad side and the villains are on the good side. It’s a role reversal of epic proportions and it certainly makes for a very unique and interesting plot.

However, it’s impossible to ignore the absence of some of the members of the League. Batman did not appear in the trailer, since he presumably died in an explosion in the Batcave. We understand that the creators may want to isolate this game from the rest of the Batman: Arkham series, but an appearance from the Bat would certainly make a difference. Even Wonder Woman is not explicitly seen in the trailer, but she is hinted at to be the last member to not be in a brainwashed state.

Which Characters Can You Play in Suicide Squad: Kill the Justice League?

The members of Suicide Squad, otherwise known as Task Force X, have different members depending on the mission. But in general, there are four core members of the squad which include Harley Quinn, Deadshot, King Shark, and Captain Boomerang. All four will appear in Kill the Justice League.

Each member of the squad is armed with iconic weapons as seen in the comics and the movie franchise. That includes a high-EXP baseball bat for Harley Quinn and a variety of high-precision guns for Deadshot. Captain Boomerang gets, well, a boomerang. King Shark doesn’t use a physical weapon and instead relies on his razor-sharp teeth and god-like strength.

You can play Suicide Squad: Justice League either alone or with a team. Solo play requires that you pick a character while the rest of the characters will be played by the game’s artificial intelligence (AI). One of the advantages of playing solo is that you can easily switch between characters mid-game. On the other hand, you can also invite three of your friends to play a co-op-style game. Take note that the game can only accommodate up to four players at a time.

When Is the Suicide Squad: Kill the Justice League Release?

The first question many fans ask is when the game will be coming out. Unfortunately, we still don’t have a clear answer since Warner Bros. hasn’t set an exact date for the game’s release. But as you’ve seen in the trailer, they have promised to drop the title sometime in 2022.

The Suicide Squad fandom might remember that Warner Bros. made the announcement back in August of 2020. The game has been in the works for more than a few years before the announcement was even made. So we’re guessing that they are doing their finishing touches to the game by now. Thankfully, the long wait is almost over, and the game will soon be available on PlayStation 5, Xbox Series X/S, and PC.

Other Upcoming Games from Warner Bros.

The developer team originally planned to release Gotham Knights ahead of Suicide Squad: Kill the Justice League. Unfortunately, the pandemic would cause months-long delays in the production of both video games. Warner Bros. would not have a choice but to delay the release of both games by more than a year.

Gotham Knights also exist in the Arkham verse like Suicide Squad. The only difference is that it takes place in Gotham instead of the Metropolis. Batman will not be present for this particular installment. In this universe, Batman has already died in an explosive accident inside the Batcave. This game will see other members of the Bat-family, including Batgirl, Nightwing, Red Hood, and Robin, try to stop criminals from taking over the city.

Is Suicide Squad: Kill the Justice League Worth Waiting For?

Now that we have all the information we need about this upcoming game, it’s time to decide whether it will be worth playing or not.

By the looks of it, the graphics quality on this game is very cinematic and life-like. The storyline or plot is also very interesting, as we rarely see a total role reversal between villains and heroes. You also get to play either individually or co-op, making for a very immersive gaming experience.

The game will also have elements of violence, gore, and dark humor that fans of the original comics love. On the other hand, these same elements may render the game inappropriate for young children.

Overall, this game seems to have its plot, graphics, and mechanics right, and it will be one hell of a bloody adventure.

How To Wrap Text In Google Sheets? (A Guide) 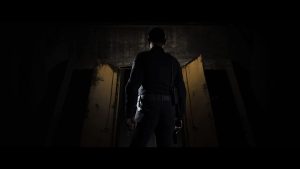 The Quarry Game Preview: Will It Be A Hit

The Quarry Game Preview: Will It Be A Hit