Practically everyone has heard of virtual reality (VR). But what does it represent? What possibilities are there in harnessing the technology for gaming?

In this article, we will explain what is VR, its use in gaming and current VR gaming devices. Stay tuned as we also countdown the top 10 VR games of 2019!

VR is a set of technologies with which you can create an artificial world that does not physically exist. Rather, it is perceived by the senses in real-time, in accordance with the laws of physics. The scope of application of technology is unlimited.

Being in a virtual gaming world, levitation, teleportation, and telekinesis can be imitated, adding a whole new dimension to entertainment. The capabilities of a person under the influence of VR are defined and limited by software.

What Is Virtual Reality Based On?

Nikolai Alexandrovich Nosov, an expert in virtual psychology, identified some basic rules. The observance of which is mandatory for the existence of the virtual world:

There are 3 types of VR modes.

Passive VR consists of just imagery and is usually accompanied by sound. A person does not control anything in a passive VR environment.

In Examined VR, there is a pre-defined selection of sounds and images, as well as permissible human actions.

Finally, in Interactive VR, the user chooses scripts and can fully interact with the virtual world.

To achieve full immersion into a virtual world and interact with objects, VR headsets must be used. Such devices provide complete VR immersion and mimic human interaction with it through all the five senses. There are VR headsets developed especially for gaming.

In the VR gaming market, Oculus Rift is ahead of all its competitors. This VR headset consists of headphones, additional peripherals and the helmet itself with a built-in display.

The camera is built into the device. At the start of sales, the Oculus Rift was initially compatible with the Xbox one. For the device to work comfortably, you must have a powerful gaming PC. The Oculus Rift costs approximately $400.

As is the case with the Oculus Rift, you need a productive gaming PC for the HTC Vive to work optimally.

The main difference is that the HTC Vive is a unique system for tracking user movement. To do this, a special set of optical sensors is placed next to the VR device. It is necessary to allocate a separate room space. In the helmet of the device are a huge number of sensors. The control process is carried out by a pair of ergonomic wireless joysticks. The device is able to create unique landscapes in which users can freely move. Investing in an HTC Vive would set you back by about $500.

3 years have passed since the release of Playstation VR for PS4 and PS4 Pro. The main difference from others is that it is only compatible with a PlayStation console. The incredible realism of will leave the most positive impressions due to the built-in accelerometer and gyroscope sensors.

The built-in microphone will further enhance the feeling of realism, as well as the viewing angle of 100 degrees, 3D sounds and the presence of the cinema mode. PlayStation VR is compatible with the Sony Dualshock 4 gamepad and the PlayStation Move game controller. The user has the ability to connect headphones that come with the helmet.

The price of the Playstation VR is approximately $250.

Virtual reality has an unlimited number of applications: from education and entertainment to arts and medicine. Of course, the gaming industry could not miss the chance to improve player immersion. Today, there are numerous VR games available to play. We have selected 10 of the best VR games in 2019 for you to enjoy!

FNaF is one of the most successful survival horror games of the past few years. The saga has managed to enthrall millions of gamers around the world, inviting them to try and spend a few nights in a pizzeria, where their animatronics come to life.

Well, the series returns with Five Nights at Freddy’s VR: Help Wanted. The difference between previous versions is that this experience was developed for use with the HTC Vice and Oculus Rift virtual reality headsets.

This means that the experience will be much more exciting and, therefore, you will probably be more scared than ever. Wherever you are, the whole environment will look ominous.

Those who were craving for some Wolfenstein action enjoyed a double serving in July 2019 with the release of not only Wolfenstein: Youngblood, but also Wolfenstein: Cyberpilot.

In the VR game Cyberpilot, you take on the role of the best hacker in the city, aiding the resistance in seizing Nazi fighting vehicles. Having become a cyber pilot, you can feel free to shoot and burn followers of the Fuhrer.

Wolfenstein: Cyberpilot is available on PC through Steam and PlayStation 4. The computer version supports the HTC Vive and Oculus Rift virtual reality helmets, and to play on PS4, you’ll need the PlayStation VR.

The Ghost Giant is a VR adventure puzzle game where you play the role of a “ghost giant”. You are supposed to help the protagonist, Louis, a lonely young farmer who lives in the picturesque city of Sancourt with his mother.

Interacting with the game world with the help of huge “ghostly” hands, you can brake the shrub, bend down trees and pull out huge sunflowers. In this sandbox, you must first make friends with Louis and then go on an adventure with him.

Step into the world of Louis and break the wall between the main character and the player in the VR-story with the effect of presence.

You can play the game on PlayStation VR.

Vacation Simulator will unfold in the same world as the Job Simulator, except that users will relax here and not work.

The colorful world of rest will be more open and carefully developed. It will offer many new, whimsical tasks and interaction options: players will be able to build sandcastles, splash robots into the sea and play with the ball.

The game that was released on April 9 can be played using PSVR, or on PC with the helmet.

The game is an arcade shooter in which participants pit their skills against each other in different outer space arenas. Space Junkies offer 1v1 and 2v2 modes.

When playing Space Junkies, you are teleported into a 3D arena with a bunch of obstacles. Weapons are scattered all across the map and it is every man for himself. And did we mention there is no gravity? Fly and shoot your way to victory!

You control your avatar in a rather unusual manner: buttons only allow you to accelerate and move backward. But the flight trajectory you set with the turns of the head. Where we look, there we fly.

At your disposal will be the most unthinkable weapons, from solar blasters to bio guns. Hold it in both hands and aim at different angles. Choose the best combination of weapons to pursue and eliminate opponents.

In Trover Saves the Universe, you play as a character chained to a chair with a rotating seat. His dogs were kidnapped by a terrible monster who is trying to destroy the universe. This happens in the first minutes of the game. And then everything becomes just more absurd and funnier. After all, Justin Royland, one of the authors of the famous animated series Rick and Morty, actively participated in the development of this game.

You will control the movements of Trover, but not his speech. The character will comment on everything that happens. In the game, you have to jump on platforms, solve puzzles and make morally ambiguous decisions. During the journey, you will visit several planets and meet eccentric characters.

You play as a soldier of an elite special forces squad named Ryan Marks, who seeks to snatch his family from the clutches of a ruthless crime boss. After obtaining complete freedom of aiming with motion controllers PS Move, shoot everyone who gets in your way. Fight enemies, uncover secrets and enjoy the thrill of chasing in this stunning adventure action movie inspired by the plot “London-style Robbery” from the popular PlayStation VR Worlds compilation.

The PS VR will allow you to feel every shot! Besides that, you can reload the weapon with your own hands, as if in real life!

The game was successfully funded by Kickstarter, having received more than $90,000 from 970 supporters.

Since its launch, the game received much attention due to its unique visual style and plot. Tokyo Chronos is described as a “mysterious VR adventure,” which tells us a story about an alternative universe, where time has stopped, and 8 friends are now trapped inside. As each of them seems to disappear during the game. The player has to understand what is happening and solve the mystery in this strange story.

ZED is an interactive narrative adventure game. The plot tells the story of the misadventures of an elderly person who is trying to put together memories for writing a children’s book of fairy tales for his granddaughter, who is yet to be born. It is worth noting that the specialists of the company Eagre Studios work together with the famous game maker Chuck Carter, who once worked on the acclaimed adventure Myst.

The gameplay is very enjoyable, especially for fans of fiction. You capture and enlarge mysterious spheres so that they surround you. Then, you must figure out how to reflect a ray of light from one end to the other with the help of mirrors and other holographic objects.

Completing four of these puzzles activates an ancient platform that teleports you to another location. 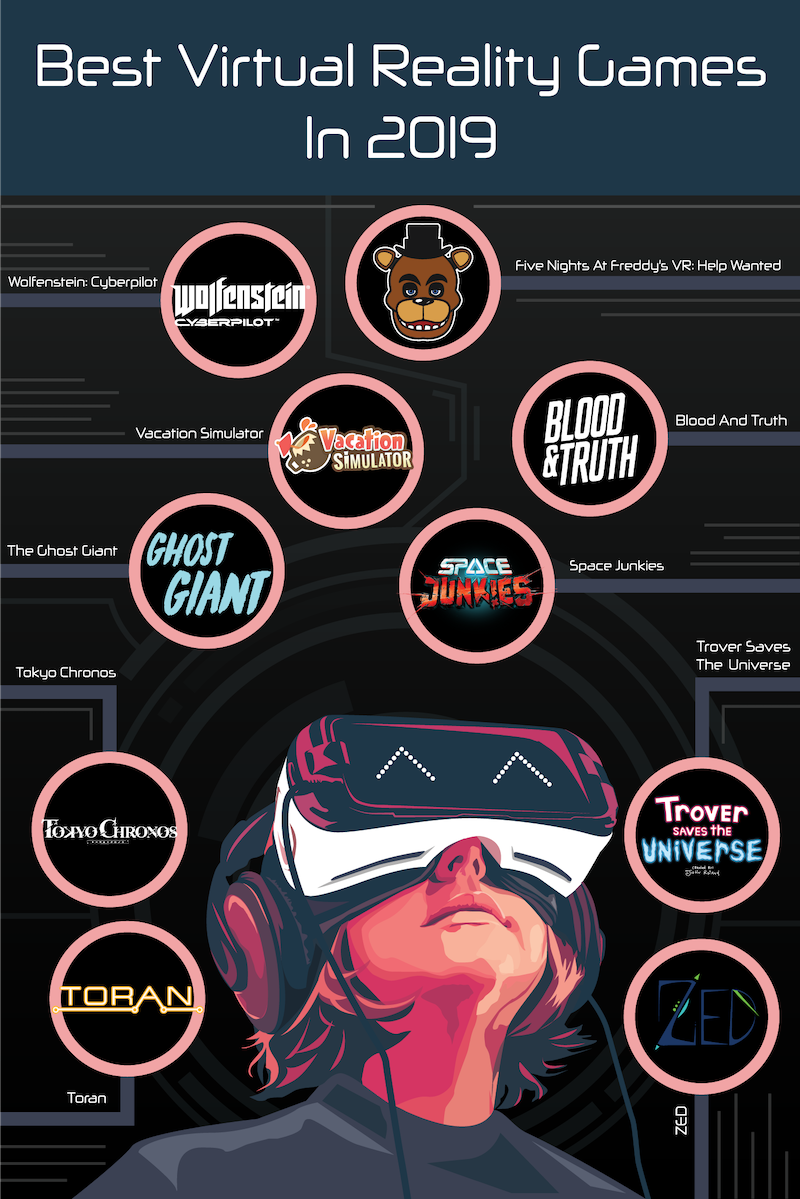