If you’re an avid traveler or an adrenaline junkie, you’d know that GoPro is the industry-standard of action cameras. Despite many competitors having emerged in the market, GoPro action cameras still remain the top choice. In 2020, the company launched its newest GoPro model: the GoPro HERO 9.

You probably opened this article wondering whether you should get your hands on GoPro’s latest offering. That’s why we’re here to help you make a decision with our comprehensive review of the GoPro HERO 9.

Here’s a quick comparison between the GoPro HERO 8 and 9:

GoPro HERO 9 comes with a detachable lens port, which is different from GoPro HERO 8 Black’s non-removable one.

Although GoPro HERO 9’s lens mod isn’t integrated yet, the action camera already features improved video stabilization, horizon leveling, and a wider field of view. This makes it better than the HERO 8, whose fixed lens port prevents it from enjoying the same features.

Thanks to GoPro HERO 9’s more advanced features, you can record videos in 5K resolution. By contrast, the GoPro HERO 8 Black only supports 4K video recordings.

The GoPro HERO 9 features a bigger battery, both in terms of size and capacity. Although it provides you with longer video recording or photo shooting, its extra capacity is easily depleted due to its upgraded and more advanced features.

With the GoPro HERO 9, you can access a full-color front screen for live viewing. HERO 8’s smaller front screen is only used for status displays.

Now that you’ve gotten an idea of what to expect from the new GoPro HERO 9, here’s its only drawback:

GoPro’s HERO 9 action camera isn’t compatible with remote controls, including the ones manufactured by GoPro. Although you can still use the GoPro mobile application to wirelessly control the camera, the Wi-Fi Remote, REMO voice remote, and Smart Remote will no longer work with the GoPro HERO 9.

As mentioned, the GoPro HERO 9 is larger than the HERO 8. Here’s a size chart for a more detailed reference:

Both GoPro HERO 8 and 9 are fitted with single compartments for USB-C, SD card, and battery. Unlike older GoPro action cameras, the HERO 8 and 9’s single compartment is on the side section of the camera’s body. Both devices have a flip-out mounting system that takes up most of the space in the bottom panel.

GoPro HERO 9 also features an all-new compartment door design. Unlike HERO 8’s design, the latest GoPro stays in place unless you want to completely remove it. The downside of this design is that the battery is prone to falling out and being exposed when you’re recording.

With a full-color front screen, the GoPro HERO 9 makes for an excellent vlogging camera for its live-view previews. This means that you can see exactly what is happening in the frame instead of shooting, guessing, and anticipating every time you’re capturing videos.

HERO 9’s front screen is also smaller compared to the one on its rear. It’s an extremely convenient feature if you want to ensure that the recording is framed and captured the way you expect it to be. Although a similar method is possible with HERO 8, you will need separate accessories to add a flip-up screen to the camera’s rear section. The newer feature is more convenient since you don’t need to spend extra on accessories.

Through the front screen, you can see the status of essential components, such as shooting duration, storage capacity on the SD card, battery power, and shooting mode. Its higher resolution and bigger battery make it more useful and crisp compared to the HERO 8.

Like the GoPro HERO 8, the HERO 9 doesn’t have its own HDMI port. As an alternative, you can purchase a Media Mod accessory. Each action camera has a dedicated Media Mod that exclusively fits into that specific camera; hence, you should ensure that you’re getting the right model.

With a GoPro HERO 8, you can already have a Media Mod, Light Mod, and Display Mod in one comprehensive action camera. On top of the Display and Light Mods, the HERO 9 can also be outfitted with new, innovative accessories. One such accessory is the Max Lens Mod, which replaces the action camera’s lens port and is integrated with a wider FOV, providing better horizon leveling and more aggressive video stabilization.

The HERO 8 and 9 are both waterproof action cameras that don’t require a separate underwater casing for diving up to ten meters or 33 feet.

However, if you want to go deep diving more than ten meters, you can purchase a separate dive housing for optimum protection against water pressure. Take note, if you’re planning to purchase a Protective Housing for the HERO 9, make sure it’s the appropriate product since HERO 8 and 9’s Protective Housing aren’t interchangeable.

Whether you’re getting a HERO 8 or 9, both action cameras feature the same back touchscreen section that serves as a preview and primary method for accessing the preferences and settings menu.

GoPro HERO 8 and 9 come with voice control. With this feature, you can capture photos, switch modes, and start and stop video recording with your voice. You can even turn on your camera with your voice by activating the Wake on Voice command.

The GoPro mobile app can be used to wirelessly control HERO 8 and 9 via a combination of Bluetooth and Wi-Fi. Unlike the HERO 8, HERO 9 doesn’t work with the REMO Remote and Smart Remote.

HERO 8 was the first GoPro action camera to use the shooting presets approach. Later on, this approach is also integrated into the GoPro HERO 9. Both cameras have instant access to the Protune settings instead of the walled-off technique on older models of GoPros.

As mentioned, the GoPro HERO 9 has a bigger battery. Although it looks similar to its predecessor, you can definitely notice the size difference. The HERO 8 and 9’s dual-dock chargers and batteries are hence not interchangeable.

Despite its bigger battery capacity and size, the GoPro HERO 9 does not necessarily prolong shooting times. This is because the extra battery power is significantly consumed by the more advanced and power-hungry features of the GoPro HERO 9. Some of these features include the processor-heavy HyperSmooth 3.0 stabilization, larger back screen, and full-color front screen. Its battery performance also depends on numerous factors, such as ambient temperatures and frequency of use.

To recharge the GoPro HERO 8 and 9, you use similar methods. You can charge the camera directly to a power source, such as a USB-C cable. The camera is also compatible with fast-charging features via an appropriate high-output USB-C power source like GoPro’s SuperCharger.

Since GoPro cameras have removable batteries, charging with an external charger provides you with more convenience. Both cameras require a USB-C charging cable that is already included in the package.

Both action cameras have powerful features for recording different types of time-lapse footage and images. Regardless of which action camera you’re using, hyper-lapse, night lapse, time-lapse video, and time-lapse photos are possible with GoPro HERO 8 and 9.

With a GoPro HERO 8, you can capture photos at 4000 x 3000 px through its 12-MP sensor. The HERO 9 features a 20-MP sensor for producing images with a 5568 x 4192 px resolution. As such, the HERO 9 offers higher resolution, making it the best action camera for capturing sharper images and enhancing performance in low-light settings.

Both cameras have Burst Mode, letting them capture a predefined number of photos over a specific length of time. With the HERO 8, users can get a maximum of 30 frames in one second or 60 frames in 10 seconds. For the HERO 9, the fastest is 25 images per second and 30 images in 3, 6, or 10 seconds.

Another feature of the GoPro HERO 8 and 9 is Continuous Photo. Instead of capturing a predetermined number of images, the Continuous capture keeps taking pictures while pressing the shutter button. For instance, if you hold down the shutter button and immediately release it, GoPro takes a single image. Depending on the lighting conditions, both action cameras can shoot at either 3 or 30 images per second.

Almost all cameras have a self-timer feature; however, this feature is only available in older versions of GoPro, including the HERO 8 and 9. Both action cameras have three options for setting the timer, including Off, 3 Seconds, and 10 Seconds.

Like the GoPro HERO 8, the HERO 9 can live stream videos through the GoPro mobile app. Thanks to this feature, users can stream their videos through Vimeo, Twitch, YouTube, and Facebook Live. GoPro also has its own streaming service for you to upload your streams.

The looping feature is similar to the functionalities of a security cam or dashcam. However, it’s not the best purpose of the GoPro HERO 8 and 9. With a GoPro action camera, you have a default loop length of five minutes, which can be adjusted to 20, 60, or 120 minutes.

Without a built-in 3.5mm mic jack and support for 4K at 120fps, the GoPro HERO 9 would’ve been a perfect action camera. Although HERO 9 comes with minor restrictions, it’s still the best GoPro released to date. With an all-new MAX Lens Media Mod, Horizon Levelling, detachable lens, and 5K sensor, the HERO 9 is a powerful action camera for travel vloggers, adrenaline junkies, photographers, and videographers. 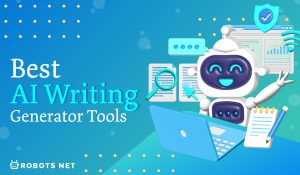