In this era of digitalization, having programming and coding skills in Python or Java is an additional skill set. Not to mention, these skills are especially demanding in the corporate world. Hence, if you are new in this industry and want to brush up your programming skills, here are a few things you need to take note. One of it includes the decision of which programming languages you prefers.

So, here’s a comparison between the two programming languages (Python vs Java) for a quick start. 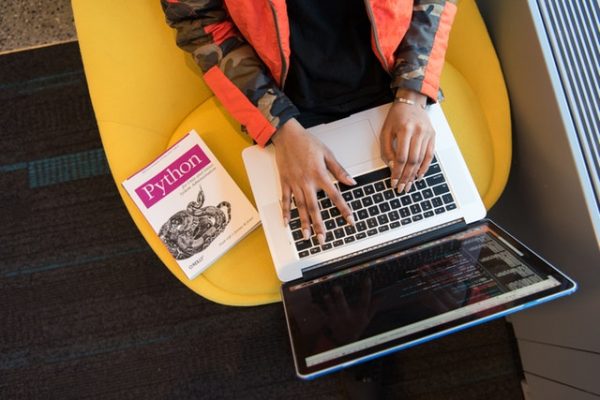 The Python programming language was created by Guido van Rossum and was first released in 1991 with version Python 1.0. Generally, Python is a high-level, general-purpose and object-oriented approach to help programmers write in a clear yet logical way to support multiple programming paradigms.

Due to its capacity for good garbage collection (GC) algorithm, comprehensive standard library, and backward-compatibility; Now, the newest version of Python 3.7.4 is both upgraded and released. Unlike many other programming languages, the Python syntax is patterned to English keywords and omits the usage of curly brackets and semicolon after each statement.

Java, on the other hand, is a programming language that was first introduced by Sun Microsystems in 1996 and then developed by James Gosling. Over time, Oracle Corp took ownership of Java in January 2010.

Generally, Java is an object-oriented programming language with the intention to run on all platforms without the need for recompilation of codes. Java emphasizes a goal that “write once, run anywhere” (WORA). So, whenever a programmer creates an application, it has the capacity to run on different operating systems or other platforms without changing the source code.

Reasons to Learn both Programming Languages

Python is currently used in web development, scientific and numerical computing. Due to its simplicity in coding structure, it is the easiest programming language to learn. Plus it is also adjacent to the English language, which is generally easier for anyone to understand.

Now, Python is becoming more popular because of its support in AI, Machine learning, Data Science and Automation. Java, on the other hand, is helpful for developing web applications, desktop apps, mobile apps, and games.

Hence, when it comes to the complexity of the syntax, it is indeed Java that is more complex than Python. Though both Python and Java are good in web development, however, when it comes to game development, both are not the ideal tool. One thing for sure, both of these programming languages have a very strong community and support. Wherein it helps beginners to learn in an easier and faster pace.

In software development, every successful programmer uses tools to make their life easier. Here are the most useful tools in Java and Python development.

• Java Development Kit (JDK):  This is a quick start in Java development since it includes Java Runtime Environment(JRE), compiler and JAVA API’s.

• NetBeans: NetBeans ID supports all Java application types such as Java SE, JavaFX, J2EE, and Mobile application. It is also an open-source IDE that also supports other programming languages.

• Eclipse IDE: It also supports various types of Java applications such as desktop, web and mobile applications. Besides, it also contains an extensible plug-in system intended for customizing your needs. The main features include integration with Maven, XML, GIT, Windows builder, and PyDev.  It also supports other programming languages such as C, C++, JavaScript, Python, PHP, and others.

• IntelliJ IDEA: IntelliJ is one of the most advanced Java IDE currently. It offers support for web and mobile development. It is good at supporting JUnit testing, TestNG, debugging, and has a great way for code inspections. The Community edition is for free of use while Ultimate edition has its corresponding fee.

• BlueJ: Intended for educational purposes. For programming teachers, this is the most convenient tool in elaborating Java as object-oriented programming.

Using a framework is the most strategic and practical way of coding. The following are the most common framework in Java:

• Django: The most popular Python Framework used in web development.

• CherryPy: Runs on multiple HTTP servers and have a flexible plugin system.

• Web2py: A cross-platform framework that has code editor, debugger and deployment tools.

• PyCharm: An IDE used in Python development with great capability in the integration of frameworks.

In any type of application, speed is an essential parameter to determine its performance. Hence, the programming language is not an exception.

When comparing Python and Java, Java takes lesser time to execute a code than Python. It may be easier to learn Python since the code structure is more straightforward. Plus, it is highly depending on one-liner code implementation.

However, Python is indeed slower than Java since it is dynamically typed programming language and it processes the type of data it interprets.

In software development, scalability is one of the most important factors to consider. When talking about scalability, we may refer that as the capacity to handle a growing amount of work in due time. One way to attain scalability is through multithreading.

Java has more capability of achieving multithreading than Python. But, Python is still best in multitasking which re-enforces running single thread at a time.

For a good start, let’s have a coding comparison of Python vs Java.

A simple printout of words in Java:

In a Java program, it is mandatory to have a class() name that matched the filename and should have a main() method. The main() method is essential since it will be the indication for your java compiler to execute whatever code inside your main() method.

System.out.println() is a method that reflects the text “Good Morning World!” to your screen. Curly braces and semicolon are essential in Java syntax since it defines the particular block to execute. If you happen to miss putting semicolon or curly braces in your code, surely it won’t work and will return an error upon execution.

A simple printout of words in Python:

Unlike Java, Python does not need a semicolon to terminate the end statement. No curly braces needed in Python but indentation is mandatory. As it makes your code looks clean and readable.

In object-oriented programming, we represent attributes as a variable where characteristics of an object are defined inside a class declaration.

Here’s a code comparison of Java vs Python in declaring a variable.

In Java, you need to specify the type of a variable before it can be used. While in Python declaring a variable is not necessary. According to the Java code above, I name my variable as x and has a data type of integer(int).

In Java, there is no specific concept of function but only methods while Python has both methods and functions. Methods in Java are helpful to execute certain actions and also refer to a function.

Here’s how it looks like in both programming languages.

As a rule of thumb, a method must be declared inside a class.

Java has what we called pre-defined methods like System.out.println() which has been defined on what action to perform. But as a programmer, you can create your own methods that would fit your requirements. Inside main(), SampleMethod() has been called and executed to print.

There are times that we might confuse ourselves on the definition and usage of method and function since they are similar in looks.

In Python, a method is associated with an object in which is invoked the class by reference to that class. Method can simply work on the data that is contained by equivalent class.

On the other hand, the function is associated with different parameters passed. It does not go with class and it may or may not return any data as well. Unlike a method, a function is independent since it contains a block of code that calls its name.

In my code, instead of repeating and retyping x+y, I make a simple implementation of the function called Addition(). Where it can be executed multiple times in my code but operation is all executed at once. This type of function is called a user-defined function.

*Do note that these sample codes are a simple representation of how both programming languages differ in implementation and code structure.

Current Trends for both Programming Languages

Well, I didn’t mention Javascript, HTML/CSS, and SQL since these are scripting and markup language. In today’s generation technology progress faster leading to more job opportunities in the field of IT and software engineering. The birth of Automation, AI, Data Science drives Python’s popularity in the market.

While most popular IT companies or websites are slowly transitioning to Python programming language. That are many other corporations besides web titans such as Google, Facebook, Netflix, Dropbox, and Spotify. However, in the United States, Javas is still the most used language; big companies such as eBay, Pandora, Uber, LinkedIn, and Airbnb still depend highly on Java.

Salary comparison for both Programming Languages

Today, automating every process makes a room for rapid development of software, robotics, and IoT. This development makes room for a job opportunity for every developer worldwide.

According to the StackOverflow survey of 2019, Clojure is the highest top-paying technology with an average rate of $90K. In comparing Python vs. Java, those who have good knowledge of Python programming background tend to receive a higher salary rate compared to Java users.

Java has the lowest rate among other programming languages too.

In the United States, Java has a higher rate than Python as shown in the image. Though the difference is not quite far. Java having a $118K average rate while Python has a $116K average rate.

Both languages have their strengths and weaknesses. This article is a full summary with the intention to help you decides better on which language to choose. Prior to any decisions, we recommend you to consider the type of application you want to build, your expertise on the language and, of course, the future aspects.

So, Python vs Java, let us know which you prefer.

If you want to know more about these programming languages, click here for more…