There are plenty of camera types you can use out there. Among these cameras, there is a debate that still continues to this day. This is the mirrorless vs DSLR debate, and many have several arguments in favor of one over the other.

Both of these camera types are good, and each has its own uses. With that in mind, the question you should be asking isn’t which of the two is superior. Rather, you should think about which camera is more suited to your photography needs.

A mirrorless camera works without the use of a reflex mirror. Instead, it works with a digital sensor that registers light passing through. This in turn displays your image on an electronic viewfinder or screen.

The biggest advantage of mirrorless cameras is the ability to adjust your settings before actually shooting the image. You also get a preview of the picture you’re taking before you save it.

As their name suggests, mirrorless cameras don’t have a mirror in them, so they’re less prone to shaking than other cameras. This makes photos taken with them less blurry.

Mirrorless cameras also have very little processing time, which means they’re perfect for fast snapshots. Unlike regular cameras, mirrorless models also have fewer moving parts. This makes them more silent. These cameras are ideal for taking photos in environments where there are a lot of people.

DSLR cameras are at the forefront of digital photography. The term DSLR has become synonymous with cameras, but it actually refers to a specific kind: digital single-lens reflex. The way DSLR cameras work is that the camera processes images through a mirror.

When you take a photo, the mirror moves away and then the light is processed by the digital sensor. The biggest advantages of DSLR cameras are interchangeable lenses and zoom quality. They are some of the most flexible cameras out there.

DSLR cameras are often called the king of versatility in photography. They have interchangeable lenses and numerous other attachments that can be attached to them. The autofocus on DSLR cameras is also deemed to be top-notch by experts.

With the introduction of both types of cameras done and said, we will now move on to compare the two in this section.

DSLR cameras have some of the most advanced autofocus systems out there. Every EOS DSLR camera has an autofocus system that tracks moving objects in real-time. This system also predicts where the object is headed towards. This is called phase detection.

With phase detection, the camera will approximate how far to move the focus mechanism in the lens. It tracks a subject and the direction it goes and estimates timings. Mirrorless cameras use contrast detection instead, where they track the contrast rather than the subject itself.

When you use autofocus in an area with low light, a mirrorless camera will find the area with the most contrast instead of locating the subject. For this reason, autofocus with a DSLR camera is much better. Autofocus on mirrorless cameras is occasionally blurry, especially when taking photos of moving objects.

This problem with mirrorless cameras can be solved by bringing an extra battery with you on your shoots. However, DSLR cameras are in general better for longer shoot days due to their extensive battery life.

Conversely, DSLR cameras tend to be quite big and heavy. The heavier weight is due to their staggering customizability, in addition to the fact that they carry more features. DSLR cameras also have many different attachments that you need to carry around with you as well.

If you’re planning on buying a camera for traveling, a mirrorless camera might be a good option. They are lighter and are often smaller than DSLR cameras, and have pretty good image quality. When you’re traveling, you don’t want a whole bag dedicated just to your camera’s parts and accessories.

DSLR cameras are some of the best cameras that money can buy. They are great for taking exceptional-quality photos and videos. Most of the images you shoot with DSLR cameras will have more saturated and vibrant colors designed to make the image look better.

Occasionally, you might find yourself thinking that the photo you took is better than what you actually shot. This same image quality applies to mirrorless cameras, as well. They have similar image quality to DSLR cameras and come in a smaller size.

Image quality is more or less the same for DSLR and mirrorless cameras. The difference lies in where and what you shoot. For instance, if you shoot in a low-light area, DSLR cameras will often be able to adjust accordingly. Mirrorless cameras are limited in regard, and will not produce the same kind of photo. However, some mirrorless cameras have circumvented this and have gone above and beyond with regard to quality.

DSLR cameras are some of the best cameras that money can buy. They are great for taking exceptional-quality photos and videos. Most of the images you shoot with DSLR cameras will have more saturated and vibrant colors designed to make the image look better.

Occasionally, you might find yourself thinking that the photo you took is better than what you actually shot. This same image quality applies to mirrorless cameras, as well. They have similar image quality to DSLR cameras and come in a smaller size.

Image quality is more or less the same for DSLR and mirrorless cameras. The difference lies in where and what you shoot. For instance, if you shoot in a low-light area, DSLR cameras will often be able to adjust accordingly. Mirrorless cameras are limited in regard, and will not produce the same kind of photo. However, some mirrorless cameras have circumvented this and have gone above and beyond with regard to quality.

DSLR cameras also usually provide more value for your money. As we’ve mentioned before, mirrorless cameras take pictures of a similar quality to DSLR cameras. However, this is as far as their similarities go; both cameras are different when it comes to size, autofocus, and other features.

One of the most recent Fujifilm cameras in the X series is the X-S10. This camera is great for enthusiasts as it has an excellent build quality that can be easily mistaken for a DSLR camera.

Aside from its build quality, Fujifilm X-S10 also has an amazing finish and solid handling. It also has in-body stabilization, which makes autofocus much better. Among mirrorless cameras, this option gives you the biggest bang for your buck.

Despite the X-S10 being considered a mid-range mirrorless camera, it can produce some of the sharpest pictures. It boasts high-end features at the price of a mid-range product. As an added bonus, it also has a vari-angle rear screen, making it a favorite among enthusiasts.

The Olympus OM-D E-M5 Mark III, otherwise simply known as the Olympus OM-D, is an excellent camera that sets the foundation for future Olympus cameras. It uses a 20.4 megapixel Micro Four Thirds sensor, which is an older-generation sensor.

The camera makes up for this limitation with image quality that is on par with most modern cameras. It also has some compact lenses, making it extremely portable and easy to carry around.

Aside from this, the Olympus OM-D also has excellent body stabilization. It doesn’t fall short in shooting videos either as it has a 30 FPS Pro Capture mode and even allows you to record in full 4K. This product might just be the most versatile mirrorless camera out there.

Introduced in late 2019, the Nikon Z50 is a compact mirrorless camera that comes with a user-friendly interface that makes it an excellent choice for both amateurs and enthusiasts alike.

Don’t underestimate its small size because the Z50 can shoot 4K video and perform 11 FPS burst shots. Its performance in low-light situations is also stellar, letting you capture sharp photos under such settings. The price of the Z50 is also cheaper than both the Olympus OM-D and Fujifilm X-S10.

The only problem with this mirrorless camera is the number of lenses it comes with. There are few lenses it’s compatible with, so it’s not very versatile. Apart from this, the features of this camera make it an excellent choice for anyone getting into mirrorless cameras.

If you’re looking at getting into photography, there are very few cameras that can rival DSLRs. Comparing mirrorless vs DSLR cameras for beginners, DSLRs are usually better. They have more features and are more beginner-friendly. Some DSLR cameras are affordable but have decent functions, while others have extensive features.

Topping our list of DSLR cameras is Canon EOS Rebel SL3. This camera has a good build quality and a vari-angle touchscreen. The autofocus on this camera is among the best in the industry.

This DSLR camera also has a guided user interface, which makes it excellent for beginners. If you’re looking for a beginner-friendly camera, there are few that can compare to this one.

When you are accustomed to the camera’s features, you can turn off the guided user interface. This activates the regular interface, which is more complex to navigate, so make sure you’re comfortable enough to work with it!

This guided mode teaches you how to shoot photos using the camera as well as gives you a tutorial for its other functions. Aside from this, the features of this camera are quite extensive.

A lot of people consider the Nikon D850 as the best DSLR camera ever made. It’s quite expensive, and for good reason: it’s a durable, all-in-one camera that can practically last you a lifetime. It also boasts stellar resolution and overall solid performance.

If you want a cheaper option, you can get the Nikon D780 instead.

So between the mirrorless and DSLR cameras, which is the better choice? Ultimately, it’s up to you to decide, and we’ve given you a couple of pointers to help you in your decision-making process. If you want something beginner-friendly, you should probably go for a DSLR. Many modern DSLR cameras come with a guided interface.

If you want to travel and take your camera around with you everywhere, a mirrorless camera might be better for you.

How to Annotate on Zoom for Productive Meetings 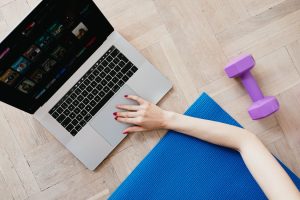