Imagine it is the year 2053. As CEO of a large manufacturing company, you’re making an on-site visit to one of your most important plants. You get out of your driverless car and send it off to the parking lot. Then you quickly touch base with your assistant and walk into a large industrial building. What do you see?

As you may be well aware, artificial intelligence, is bringing huge changes to every area of our lives. Manufacturing is no exception. As the cornerstone of most modern economies, manufacturing has changed drastically throughout the centuries.

With the advent of big data, machine learning, robotics, cloud storage and the Internet of Things among other technological breakthroughs, this new phase promises to bring about transformation so profound that people have now started referring to it as the fourth industrial revolution, or “Industry 4.0”.

You may have heard of the expression “Industry 4.0” in relation to the smart factory, in which cyber-physical systems constantly monitor a plant’s processes, collect and analyse data in real-time and make adjustments accordingly. While the smart factory and the Internet of Things are defining aspects of Industry 4.0, the concept actually goes far beyond that, promising exciting advances (and challenges) in many different areas of manufacturing and beyond, including human, technological and cybersecurity-related aspects.

Industry 4.0: The Next Industrial Revolution?

The terms “fourth industrial revolution” and “Industry 4.0” tend to be slightly controversial. In fact, many people are dismissing the expressions as mere marketing buzz. Others classify the current period of manufacturing history as an extension of the third industrial revolution, which saw the introduction of digital electronics and automation.

You may well be wondering: “How many industrial revolutions were there in the history of mankind?”. People only tend to think of one.T he period that more or less spanned the years 1760 to 1840. When workers used machines powered by steam or water to replace craftsmen who manufactured goods by hand. But the truth is, industries has gone through several phases of upheaval over the years.

Following the first industrial revolution, the second revolution was a phase of rapid industrialisation. Industry 2.0 took place in the years towards the end of the 19th century. Up to the beginning of the First World War. Fueled by advances in the creation of steel, chemicals and electricity, more and more factories opened. Cities grew exponentially, and peoples’ lives were transformed like never before. The second industrial revolution also introduced concepts such as the assembly line and mass production. Moreover, it was accompanied by the advent of newspapers, the radio and the telegraph. Life got a whole lot faster.

What we’re looking at now with Industry 4.0 is a move towards widespread digitalisation. While the terms are often used interchangeably, it isn’t quite the same thing as digitisation. Digitalisation refers to a much deeper degree of change. It not only affects business models, but also society as a whole.

As a side note, you will also come across the expression “Industrie 4.0”, which isn’t quite the same thing as Industry 4.0. The term refers to the High-Tech Strategy 2020 plan recently adopted by the German government, an initiative that aims to accelerate the adoption of IoT by manufacturers.

As we enter Industry 4.0, computers and automation promise to come together in entirely new ways, with the former ultimately able to make decisions with minimal human involvement. The cornerstone of Industry 4.0 is the smart factory. Where machines will continually access, analyse and interpret data in order to improve efficiency and productivity and ultimately reduce waste.

The Smart Factories Of Industry 4.0

The word “smart” gets thrown around a lot these days. But while smart cities are probably still quite some time off in the future, smart factories are an increasingly tangible reality.

Going back to our initial question – what will you see when you step through the door of a manufacturing plant in 2053? The answer is probably, much the same thing as you would now. While you’re probably imagining a futuristic scene in which drones glide overhead, the truth is the factories of today and those of  Industry 4.0 will probably look, at first glance, pretty much the same. So how will the smart factories of Industry 4.0 differ from the “dumb” factories of times gone by?

The smart factory is sometimes represented as that which brings together the technologies most commonly associated with Industry 4.0. These include technologies such as the Internet of Things (IoT), machine learning and artificial intelligence. It’s a fully connected and flexible system that analyses the continual flow of data from connected production systems in order to adapt, learn and make informed decisions.

Data drawn from the entire manufacturing network can enable an Industry 4.0 smart factory to power operations such as manufacturing, maintenance, inventory tracking and others, resulting in a globally more efficient and flexible system, reduced downtime and an increased ability to predict potential issues and come up with effective solutions.

Many plants are already integrating elements intrinsic to Industry 4.0, such as machine learning-based planning using production and inventory data. But a true Industry 4.0 smart factory is a far more global undertaking that aims to improve interconnections between separate facilities and go beyond individual plants to have an impact on the broader ecosystem, enabled by the sharing of data in a central repository, such as a cloud storage environment for example.

Industry 4.0: What Are Some Applications?

Many businesses are already beginning to adapt to Industry 4.0. Enterprises implement changes through restructuring their manufacturing operations. This includes updating legacy assets and seeking out new talent to assist them in their Industry 4.0 transition.

Also referred to as IoT, the Internet of Things will be a key component of Industry 4.0. As well as smart factories of the future. Devices powered by connectivity and sensors will generate actionable insights grounded in real-time data, enabling manufacturers to boost production efficiency, address issues as they arise and maintain their assets. Cloud storage environments will enable data to be shared and acted upon across plants. This leads to greater efficiency across the board. Meanwhile, edge computing, in which code runs on local devices rather than in the cloud, enables manufacturers to benefit from advanced data analytics in remote areas or countries where compliance and data residency are critical.

Under Industry 4.0, mobile IoT solutions will provide factory floor insights and boost employee productivity, improve safety, and monitor equipment. Assets in transit can be monitored in order to predict shipment delivery. Some of these developments are already here, and the sky’s the limit as to what can be obtained in the future. Connected devices collect huge amounts of data across the various factory floors. This data can then be used to monitor maintenance needs, optimise performance and make real-time decisions. All this occurs in a fraction of the time it would take a human employee.

Connected supply chains and Industry 4.0 fleet solutions empowered with real-time analytics can provide end-to-end visibility as to where goods are currently situated. What’s more, they can take into account external factors, such as the weather or transport conditions, and adjust manufacturing priorities accordingly.

In just a few years you’ll be taking your driverless car to the plant in the morning. In the meantime, some shipping yards are already using autonomous vehicles such as trucks and cranes. As Industry 4.0 gets underway, driverless vehicles will become more and more commonplace.

Industry 4.0 will mean vastly improved asset maintenance as machine downtime is predicted, detected and resolved in near real-time.

3D printing isn’t limited to consumer devices. With Industry 4.0 and improvements in metal additive manufacturing, the technology is set to progress from prototyping to production over the next few years.

Industry 4.0 will entail better management of the environmental impact of manufacturing. By using data to ensure optimal energy consumption, operations expenses will be reduced and sustainability goals will be reached.

Industry 4.0: Are We Quite There Yet?

As with any major shift, there are challenges involved in adopting an Industry 4.0 model. These tend to fall into three categories: human, technological and cybersecurity-related.

The leap of artificial intelligence from the realm of science fiction to reality has understandably brought about some concerns. One of the most recurring being the loss of jobs and visions of “dark” factories in which humans play a very limited role. At the same time, while executives tend to be enthusiastic about the advent of Industry 4.0 and the possibilities contained therein, many employees express a lack of confidence in their ability to work with advanced analytics and artificial intelligence.

Technological issues that could potentially lead to power outages at vast expense to the manufacturer are an obvious concern. As is the high level of stability and reliability required to maintain successful cyber-physical communication. What’s more, while in the past machinery used to be able to perform efficiently for a decade or even longer, under Industry 4.0, legacy assets will require retrofitting and constant augmentation in order for hardware to keep pace with developments in software.

And last but not least, one of the issues at the forefront of Industry 4.0 is cybersecurity. Sensitive systems and assets, originally conceived to be isolated, will become part of industrial networks needing to be protected from cyberattacks of increasing sophistication. Reverse engineering, piracy and intellectual property theft are further concerns that need to be thoroughly addressed as part of any manufacturing company’s Industry 4.0 transformation.

The benefits of moving towards an Industry 4.0 model will fast outweigh the potential challenges for many manufacturing businesses. Factory floors are traditionally hazardous working environments that could be vastly improved from a worker safety point of view. Under Industry 4.0, energy consumption can be optimised in order to ensure a more positive impact on the environment. Areas such as supply chain management can be improved thanks to advanced analytics. This ultimately leads to increased performances and revenue for manufacturers. 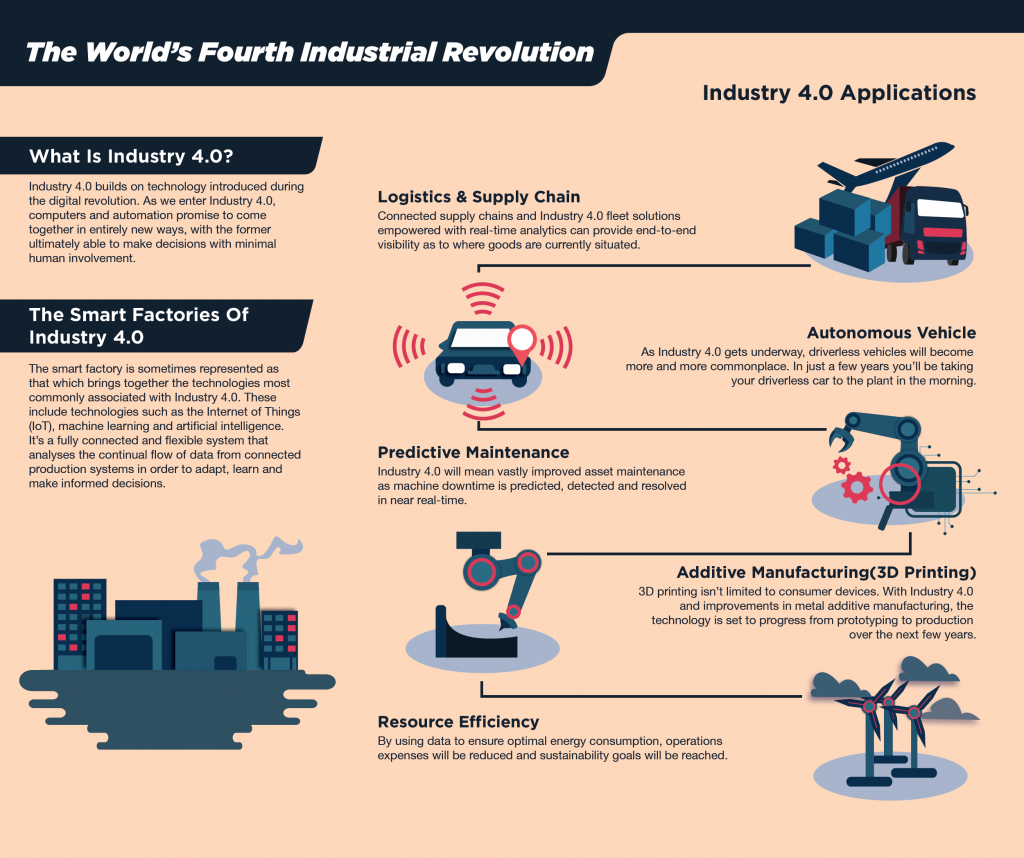 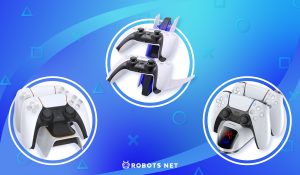 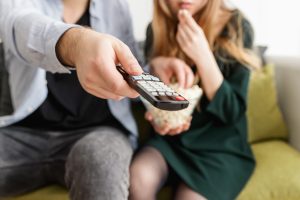