Different forms of media are consumed by many people every day. From listening to music or watching a movie, this generation needs something to satisfy their low attention span. Because there is a ton of media available, you’ll need to keep track of it all so it’s easier to use. If you’re in search of the best media player for Windows 10, we’ve compiled a list to help you out. Just don’t forget to get an external hard drive to save all your downloaded movies.

VLC is the most popular media player available and needs no introduction. VLC is famous for being versatile and cross-platform friendly. It supports many media files for video and audio. And it’s free to use and efficient. The app updates itself so you don’t need to worry about maintenance. VLC is the best choice for an all-around media player.

DivX Media Player is also a multifunctional media player. The app has adapted to popular new media, such as 4K video. The interface is easy to navigate and pleasing to the eye. Though its sleek design looks great, it may be a little distracting. It also comes with many add-ons, like the DivX Plus Converter, which lets you convert media files to play on it. If you want a modern media player, DivX Media Player might be the one for you. You might want to check out 4K monitors on Amazon today to maximize your DivX player’s functionality.

The 5KPlayer has a sleek design that isn’t obtrusive. It supports many formats and compatible with many devices. The player has a lot of features that work well even without any add-ons or plug-ins. What it lacks in video quality, it makes up for in functionality. It also supports streaming from popular streaming sites. And It works great as a video downloader as well. If you want a simple media player that does its job, check out the 5KPlayer.

The PotPlayer is a heavy contender on this list. This media player comes with a lot of features you didn’t even ask for. It has detailed customization settings and added functionality. The player has a massive file format library, and it’s still growing. It also comes with a screen-recorder and video-editing function. PotPlayer is a good platform to play around with for good viewing.

Media Monkey’s advanced design may make it difficult to navigate. But the learning curve is worth it for the many features it has. The media library handles the organization very well. Its free version alone has auto-tag, auto renaming, CD ripping and much more. You can easily connect it to your phone to transfer media files. If you’re a serious audiophile, the Media Monkey may be the best option.

Plex’s media library is vast and all-encompassing. It supports a ton of media formats, but it also has some of its own. Plex has its streaming service where you can watch movies and TV shows. Not only do you get to watch downloaded movies, but you have a bunch more in your arsenal. Answering that eternal question of, “What do I watch next?” For movie lovers, Plex is a good choice.

Like Plex, Kodi also has a competitive media library. The app acts as both a streaming service and a media player. It can organize your library and metadata with ease. Kodi is compatible with many devices and platforms. You can use it with Windows, iOS, and Android. It also has a wide selection of add-ons and customization options for better viewing. For a flexible media player, Kodi is the best choice.

Media Player Classic is, well, a classic. It’s up to par with players like VLC. The interface is simple to navigate. It doesn’t take up that much space and supports many file types. It can still work on earlier versions of Windows and is free to use. Though it doesn’t have as many features, it works better than you would think. VLC’s wide range of file formats doesn’t compare to this app. Loyal fans have revived Media Player Classic for a reason.

MPV projects great quality videos, perfect for visual-heavy movies. The player itself uses minimalist design so you get the most out of the viewing. Though the customization may be a little complicated, the design is already efficient. Its format support and video quality may make it a good VLC substitute.

AllPlayer is a simple media player that does its job well. The software is fast and efficient, running with ease. It doesn’t take up much space, so you can save up on CPU power. You may have to get the premium version for some added functionality. And the premium version may cost a little more money. But if you’re looking for a simple and efficient media player, then AllPlayer will work great for you.

GOM Player has a sleek design that comes in a dark color that is unobtrusive. It has many customization options and supports a ton of codecs. If it doesn’t have the codec in its library, it can help you find it. You can also use it to screencast and project to your TV or projector. It is compatible with an app remote for easy access.

ACG Player is perfect for Windows 10. The app’s interface is seamless to Windows 10’s design. The app has a minimalist design that is functional as it is attractive. The window maximizes the media played on it, giving you an immersive viewing. It’s kind of the underdog of media players, to be honest.

You can’t go wrong with a classic. Windows Media Player is the built-in media player of Windows PCs. It has a user-friendly interface and is perfect if you’re a casual viewer. Though it has its drawbacks, such as frequent codec errors. It’s not known for its wide file format compatibility, but it gets the job done. It’s simple – no bells, no whistles. If you need a quick and easy media player, stick to Windows Media Player.

Things to consider when choosing your Media Player

Given the wide variety of media players available, you need to consider a few things. We’ve listed a few things you might need to get the best media player for Windows 10.

Media takes on different types of file formats. You want a media player that can support any kind of media you may want to view. A vast majority of media players can support most, if not all, file formats. There quite a few on this list. For example — VLC supports audio and streaming on top of your standard container formats.

Codecs help media players identify the types of media you wish to play. Make sure you have the appropriate codec for the media player you have downloaded. You can also install external codecs so it can read more file formats. You can watch this video as a guide for downloading and installing codecs on your computer.

Here is a list of the most common video file extensions for your reference:

And here is a list of the most common audio file extensions:

If you’re watching subbed anime or any foreign movies, you need subtitles. When choosing your media player, make sure that it can detect subtitle file formats. This will make it easier for you, so you don’t have to do anything

Go for media players that have tons of customization options. You want one that can give you the best possible viewing experience.  Some media players allow you to customize the app interface. They include skins and other settings to rearrange the tool and media control bars. You can also customize your player’s interface. Other media players have added packs and add-ons to help improve audio and visuals. It may seem like an added task, but personalizing your media player can go a long way.

It goes without saying that you should choose a media player with good audio and video quality. For cinephiles, the resolution of the picture can affect your viewing. You won’t get the dynamic shots and colors of the film with low resolution. low-quality audio can also factor in, as the sound effects and dialogue won’t have the same impact.

If you are downloading media to your PC, be careful about where you get your files.  Aside from getting the best media player for Windows 10, it’s also best to invest in good antivirus software. This will keep your data safe and secure.

What is Hi Res Audio: A Beginner’s Guide

Tidal Music Streaming Service: Your Best Guide On The Web 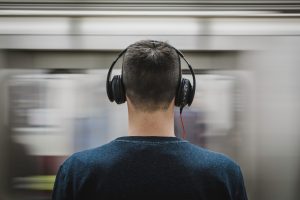 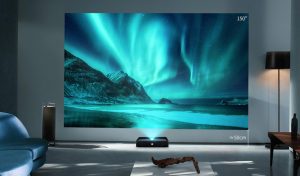 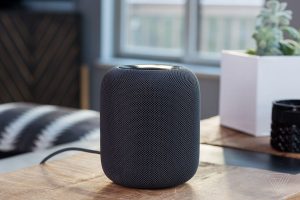 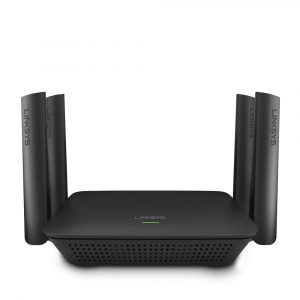