Many organizations have adopted a DevOps system to increase efficiency and improve quality in all stages of development. It takes into account both development and operations-related concerns, allowing for integrated collaboration and a more cohesive framework. However, a relatively newer trend has come with an increased focus on a third element: security. As a result, a new movement was born in the form of DevSecOps. What is it and why is it important? Here’s what you need to know.

If you’re already familiar with DevOps, it might not be difficult to figure out what DevSecOps is. DevSecOps stands for development, security, and operations. In addition to DevOps, companies have increasingly found security to be a major issue in the development process.

In the past, security was merely an afterthought. It was only implemented and considered when security breaches had already occurred. Unfortunately, this made security measures more of a haphazard, band-aid solution that could be quickly countered.

As a result, DevSecOps became a movement to hold everyone at all levels of development accountable for security. This means that everyone must make security decisions and have it in mind in addition to development and operation. Security will have the same weight, scale, and speed as DevOps.

All individuals working in every technology discipline must take security into serious consideration. This includes testing for potential exploits across all levels of development and creating more security-focused services.

How Does DevSecOps Work?

A DevSecOps framework employs DevSecOps tools to ensure that security is baked into the development and operation process. This comes through constant integration between different individuals working on all aspects of development and operations. Hence, applications will naturally have security protocols and measures to protect them from unwanted threats and exploits.

All of these work together to lessen mistakes throughout the DevSecOps pipeline. As a result, it should decrease the number of mistakes, and in turn, minimize security attacks and lost time. In addition, this will also benefit the service and decrease the cost to comply with industry-mandated security regulations. Furthermore, it also increases the delivery and launch speed for the software or service.

Of course, all of the things we’ve mentioned thus far are still theory. To provide a more practical understanding of DevSecOps, let’s take a consumer electronics manufacturing company as an example. It manufactures everything from smartphones and tablets to smartwatches and wireless earphones. However, to make everything work efficiently, the company makes it a point to use a DevSecOps framework.

One developer could create the code for a new version of their OS. Once it’s done, the changes are adapted into the beta version of the operating system. However, to ensure security isn’t neglected, another developer takes a look at the newly developed code. This developer then analyzes the code to find any potential security threats, holes, and bugs.

Afterward, they create an environment using DevSecOps tools to apply security configurations. Then, the developers use an automated suite to test the back-end, integration, security, UI, and more. Once the software passes the tests, it’s passed on to production while being closely monitored for security threats.

As technology advanced over the years, so did the IT infrastructure landscape. There has been a multitude of changes even over just a decade with rapidly growing technology and shifting trends. More recently, we’ve seen cloud computing platforms, complex applications, and shared data/storage rise above their alternatives.

As a result, organizations relied on these IT services to grow and develop their businesses. These used a DevOps framework and were robust, fast, and versatile enough to handle changes in scale and functionality. However, hackers naturally took advantage of the lack of intentional security systems and attacked where they could. This included using various exploits and malware to infiltrate and crash systems or use them against the developers.

One can imagine how devastating this would be to any company, especially if it handled sensitive user information. After all, hackers are always actively looking for exploits they can use to their advantage. What if they could potentially introduce malware even during an application’s development process? Then the end users would suffer data breaches immediately after distribution and acquisition.

In such a case, both the customers and the organizations would suffer damages and losses. The company’s reputation would plummet—if not be destroyed—in the aftermath. It would especially be problematic if the software was developed for important institutions like banks that handled accounts. Furthermore, because we are increasingly becoming an interconnected world, it could turn into a scandal within mere minutes.

As a result, the industry shifted to a more DevSecOps-oriented framework. Not only are development and operations integrated for speed and effectiveness but also security within all phases of development. Some people even consider the DevSecOps framework to be more mandatory than optional—especially for companies developing and distributing applications.

In theory, DevSecOps might seem like a beneficial change to software implementation and development. However, does it fare well in real life and practice? The Gartner Hype Cycle for Application Security, 2020 backs its effectiveness. In fact, it’s described as “transformational” and could redefine the way organizations do business across industries.

This might not be a surprising conclusion for Gartner, however, which recommended DevSecOps before this report. In fact, Gartner first proposed it in 2012, and even then, a lot of companies were already interested. Implementing a DevSecOps framework took time to perfect, but years later, it bore fruits.

Of course, a DevSecOps framework will only become transformational with proper implementation. The ideal DevSecOps Gartner recommended shouldn’t reduce development agility or speed. While security is a new focus integrated into the DevOps framework, it should still respect the DevOps collaboration. It shouldn’t overshadow development and operations which have worked together for years to ensure efficient work.

Hence, this requires companies to ensure that developers don’t need to leave the development workflow environment to integrate security. This means that security testing should seamlessly integrate into the DevOps workflow. Once a company can find the right rhythm, a proper DevSecOps framework can significantly increase income and save costs.

Most companies already have a DevOps pipeline, so transitioning to a DevSecOps framework is usually only a matter of integrating security. However, despite its apparent simplicity, uniting security teams with developers and IT operations teams isn’t always easy. After all, people still need a level of security training and the system itself will need reworking.

Thankfully, there are a couple of best practices companies can keep in mind to successfully adopt a DevSecOps framework. Once they try to implement these principles, they should be on their way to having a well-balanced DevSecOps system.

More often than not, security comes as an afterthought for most software developers and engineers. It becomes something they haphazardly slap onto the software after finishing the app. The Shift Left mindset offers a drastic change by shifting security to the “left” of development and operations. This means it’s set to the beginning (left) instead of the end (right) of the process.

Successful DevSecOps implementations prioritize security and make it integral right from the beginning. Hence, companies with a DevSecOps framework employ cybersecurity engineers and architects and add them to the development team. These specialized team members should help inspect each component and configuration to guarantee they’re configured and patched safely.

As a result, the Shift Left mindset will expose and address potential security risks early in the development process. This saves time, money, and reputation in case security threats do pop up in earlier stages.

To integrate security into a DevOps framework, everyone involved has to learn everything they need about security. Hence, they must have a good understanding of both security engineering and security regulation compliance. To do this, companies have to make sure that operations teams, developers, and security compliance teams work hand-in-hand.

This will help each team integrate their specializations and follow the proper standards. All the parties involved should understand application security, its basic principles and testing, and security engineering. Moreover, developers need to know how to conduct compliance checks, identify security risks, and implement security controls.

DevOps was implemented primarily due to its benefits in terms of speed of delivery. However, a DevSecOps framework might compromise that by adding an extra step. This is where automation comes in. Automated security controls and tests will be key to ensuring a DevSecOps system works well while saving valuable time. It should significantly increase project protection and security without compromising speed.

As part of implementing proper security protocols, threat modeling ensures that companies can identify vulnerabilities quickly and easily. This can help cover any holes in security controls that they might discover. Once they discover threats across the project, the company can then implement the proper protections in the workflow.

One of the key players in integrating DevSecOps into a company’s system is through cultivating the proper culture surrounding it. This includes clear communication between teams, managing people properly, and employing the proper processes and technology.

In addition, the company has to have good leadership to promote a DevSecOps culture, especially during the transition period. Change is difficult but necessary, so it’s imperative to have the right leaders on board. Moreover, communicating the responsibilities surrounding security processes and product ownership is also in the hands of the leaders. If all goes well, then developers and engineers should have a good sense of responsibility and process ownership.

On the other hand, operations teams within a DevSecOps framework need to adopt a suitable system. It should work for their team dynamics and current projects while using the proper protocols and technologies. Doing this should create a sense of ownership for operations teams because they create the workflow environment for themselves.

One of the best practices for a DevSecOps framework is building traceability into the workflow. This should help teams trace configurations throughout the development phases and identify the security implementation requirements’ code. If a company successfully integrates traceability, it can save time and ensure that they’re complying with security regulations. Furthermore, this practice can also decrease bugs and help maintain code in the long term.

Complying with security regulations is very important for any kind of software company. That’s why practicing auditability is key to ensuring that a company doesn’t go wrong with compliance. All of the security controls, whether administrative, technical, or procedural, should be auditable and documented properly. Moreover, each individual in every team should comply with this rule.

Of course, if a company already practices visibility, this shouldn’t come as a big change to the system. However, it’s extremely important to a DevSecOps framework, so it’s important to emphasize this point further.

Visibility just means that the company’s system includes a monitoring framework to measure the company’s operations. This visibility framework should alert teams and make them aware of any product changes and cyberattacks. Moreover, it should hold everyone accountable during the project to make sure and to address all changes, cyberattacks, and other alerts.

Moving away from a DevOps framework to a DevSecOps workflow takes time. However, despite the time it takes to implement, the DevSecOps framework proves to be transformational over time. It integrates security, development, and operations in one, making each department work closely together. Also, it also ensures that all teams involved are familiar with security protocols and compliance.

As a result, security becomes built into the development and operations process. This makes products stronger and less vulnerable to security threats and cyberattacks that have previously plagued so many software developers. Of course, building a DevSecOps framework doesn’t guarantee perfect security. However, it does make products and services safer than if it was regarded as an afterthought. 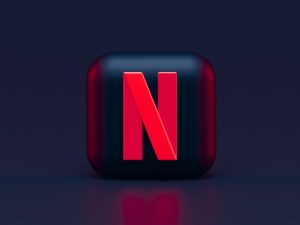 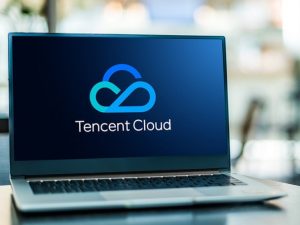 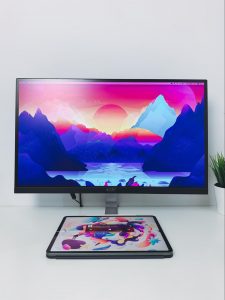 Geneforge 1 Mutagen: Should You Get This Old-school RPG Remaster On Steam? 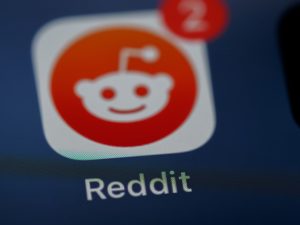