Technically speaking, the Internet of Things (IoT) networks precede your favorite social network by a few decades. You were probably using the Internet since the early 1990s. Maybe, you bought your first smart home speaker in the mid-2000s. However, engineers were connecting devices long before the Internet came to life in 1991.

Consumers tend to associate examples of IoT with smart home devices. The truth is that IoT was born in industrial environments where engineers were connecting machines with each other to automate and control manufacturing processes remotely. That said, the Internet of Things is not a new concept. Additionally, its uses vary from manufacturing cars on an assembly line to switching on the lights in your room remotely or getting Wi-fi signal from a smart power socket.

Briefly speaking, IoT is a concept involving multiple devices connected and operating within a broader network. Moreover, it can span from a neighborhood to a country or the entire planet. Thus, the uses of the Internet of Things cover different applications. They range from manufacturing to control of family houses to the operation of autonomous vehicles.

You can have a local IoT network in your home or manufacturing facility. However, for your smart refrigerator to be able to replenish milk supplies automatically, it should connect to a milk delivery company or a milk producer. It means that this smart home device of yours should connect to outside devices to order a new pack of milk. Furthermore, the device responsible for getting and processing the order needs to connect to another device on another continent to complete the order.

Examples of Internet of Things also include self-driving vehicles that connect to beacons along the road to get information about nearby places and traffic. Along with these are the warehouse robots that connect to the computer to get purchase orders. Then they find and deliver the exact product from the warehouse shelves.

Usually, IoT devices include a pre-programmed machine to perform a limited number of operations. Also, it requires little or no input from you. You program a smart lock to switch on the lights in your dining room upon unlocking your front door once. It will then perform this operation automatically every time you unlock your home. This is possible because you can program a smart lock to perform certain operations. However, the program of a not so smart bulb is to switch on or off when it gets a remote command from the smart lock device.

But you can also decide to install a really smart light bulb that can detect sunlight intensity and decrease in-room light levels accordingly while switching off the lights in your backyard. Sensors and automatic switches are an integral part of today’s IoT devices for both home and industrial use. Furthermore, examples of the Internet of Things uses are so broad. We need to make a list of commonly used IoT devices to keep track of how they develop over time.

Examples Of Internet Of Things

As we said, IoT devices examples range from smart home sensors through factory tracking and monitoring tools to GPS-enabled smartwatches and fitness trackers. We will focus on examples of the Internet of Things uses at home and office as they are before your eyes daily. And here we go.

Voice assistants such as Amazon Echo (shown below), Google Home or Apple’s Siri (through Apple HomeKit) are the best-known examples of smart technology that powers the Internet of Things devices or a bunch of connected devices. We decided not to show only one device under this category. This is because they are quite similar in terms of functionality and their capabilities for controlling other home or office devices.

These devices are not intended to tell you what the weather is or speak up latest local news when you ask them to do so. They have such capabilities. However, a smart voice assistant’s primary purpose is to serve as a communication hub for other connected devices and a control-and-command center for all your IoT devices. The list of examples of IoT devices you can control using such a device is growing rapidly. On the other hand, software developers are releasing new apps at an increasing rate.

Examples of Internet of Things devices we commonly use at home and work include numerous door lock and door belt systems connected to remotely operated multiple sensors. However, some platforms allow for remote video chatting with persons knocking at your front door.

The smart lock is now part of even more complex IoT networks consisting of sensors that provide traditional defenses. They protect windows against burglars and kids playing with a ball in your backyard. Also, they monitor water or gas leaks, including smoke alarm sensors.

Most such IoT systems can connect and communicate with emergency services, sending alarm message both to police/security company/firefighters and your mobile phone.

Philips Hue is probably the most well-known smart lighting IoT system for homes and offices. However, other vendors have their connected lighting platforms featuring similar capabilities.

These connected bulbs feature remote controls, light scheduling and can synchronize with other devices. Internet of Things uses of Hue-like products include delivery of Wi-fi signal, room motion tracking, and monitoring as well as power consumption monitoring and optimization.

Miniaturization of chips and sensors allow vendors to think of many unexpected uses of a connected smart bulb.

Smart plugs such as Wemo Mini Wi-fi Smart Plug are IoT examples of simple devices that produce great utilitarian results. These help households and businesses to track and control their energy usage, even remotely.

A smart plug or socket can create rules and schedules while being able to get voice commands from a voice assistant such as Alexa or Google Home. The use of smart plugs can help you optimize energy consumption markedly. Also, it is one of those IoT devices that are equally useful for home and office owners.

Another practical and energy-saving IoT example are smart thermostats. They have connected devices to control the temperature in your home and office environment. The Nest company produces one of the most popular smart thermostats. However, their functionality is not limited to remote connectivity and options to control the temperature from your mobile phone.

Latest Nest thermostat models have machine learning capabilities that enable the IoT device to adjust to your personal preferences and save energy in the process. A smart thermostat can program itself to keep the temperature in a specific room at the right level at the right time of the day.

Tracking your exercises and activity rates is another IoT usage example as wearables are an integral part of the IoT ecosystem.

Fitbit is a good example of a fitness tracker. It enables users to monitor their physical activity, whether it involves running, swimming, biking, or yoga.

The new generation of fitness trackers let you control smart home devices through services such as Alexa, which is another example of IoT uses.

Internet of Things’ uses now extend to devices that can track and monitor indicators such as heart rate, respiration, body temperature, steps made, sleep cycle, or stress level. Such an IoT device can also tell if you have fallen or otherwise become incapacitated.

Smart feeders, like the ones produced by Petnet, are another Internet of Things example of the suitable dual-use device. Petnet’s feeders are intended to analyze what type of food is best for your pet. Then they deliver it automatically when you are out of the home. However, the same principles are applied in connected devices in animal farms.

Users can control this type of connected devices via smartphone apps by monitoring food consumption and setting up food delivery.

Google does not design the smart and connected AR glasses for the mass consumer. Smart glasses and headsets are perfect IoT examples for the future of work.

Google Glass, for example, allows for voice search and interactions with real-world objects in different ways. You can scan barcodes and get immediate details on anything with a barcode. Additionally, you can use Bluetooth beacons to get additional info on any real-life object.

Connected headsets such as AR/VR helmets work similarly. However, vendors consider them more of a type of gadget for entertainment and games.

Other noticeable IoT examples include a variety of autonomous vehicles under development by different companies. We have self-driving cars from any major car producer and by tech companies such as Google and Apple.

These are all connected devices operating within the broader context of IoT networks consisting of thousands of interconnected devices. These include other vehicles, traffic lights, satellites, and any nearby device able to connect to your car’s systems.

IoT And The Future

As you can see, there are numerous IoT examples around us. This does not mean, however, that IoT is a mature technology or that IoT devices are as widely used as it seems. Large parts of Africa, Asia, and Latin America are free of IoT examples, use of fitness trackers and smartwatches apart.

Engineers are still experimenting with the Internet of Things’ uses to check the usability of one IoT device or another, creating funny gadgets in the process. We have a working connected mirror, for example, which enables you to check your email while brushing your hair, but who needs this quite expensive device. In any case, we will be witnessing a growing number of IoT examples in the coming years. This will range from devices for home use only to industrial equipment working without any human intervention.

Google Classroom: What Is It, How to Use It, and Benefits

14 Best E-Reader Models That Will Make You Read More 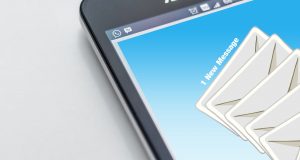 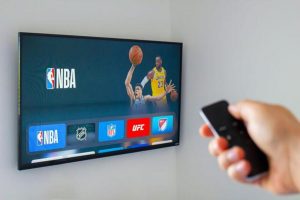 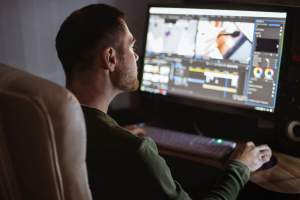 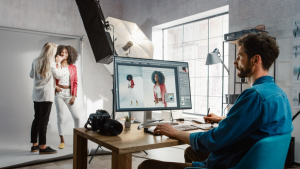