Cryptocurrency. The word brings up images of the dark web and questionable dealings. In conventional media, one can often find very negative news about cryptocurrencies with people being skeptical about the digital asset. Well, that reputation is half deserved for sincere innovations and false exit schemes represent cryptocurrencies. A well-researched person on the subject would no doubt have heard of successes like Bitcoin and Ethereum. However, that same person would also have likely not noticed the numerous projects that have failed, taking along their native cryptocurrency’s value down with them.

With the above scenario describing a perceptive of the cryptocurrency landscape, it raises the question on the genesis of such projects. How can people enter the market so easily and start their cryptocurrency projects? In this article, we will broadly delve into the subject of creating a cryptocurrency. Also, we will touch the relevant factors such as the history of ICOs, the barriers to entry, and components needed for the aspiring cryptocurrency entrepreneur among other useful information. As we are going into a bird’s eye view on the subject matter, we will omit technical details such as coding architecture and cryptography.

Without further ado, let’s explore the wild, wild west that is crypto.

Initial coin offerings, or ICOs, are fundraising activities that start-ups use to garner the support and the capital needed to develop their technological innovations. It has nowadays been regarded as crowdfunding, the creation of a digital asset. The type of funds raised from this crowdfunding is usually cryptocurrencies themselves, the most common of which is Ether. By having the funds take the form of cryptocurrencies, the ICOs fall into a grey area within many regional’s regulations. However, this implication is both a boon and bane for the cryptocurrency industry.

As part of decentralization, raising funds in the form of cryptocurrency has allowed anyone to launch a cryptocurrency from anywhere in the world. However, this low barrier of entry is a double-edged sword. Anyone can launch a cryptocurrency project as a front for malicious schemes. These ICOs started from websites with a stipulated time and set of participation rules. These parameters provide assurance and fair participation. Some projects might and can include unique criteria’s in which ICO participants receive refunds if meeting a certain threshold did not happen.

It is difficult for stakeholders to differentiate legitimate cryptocurrency projects from elaborate schemes. This is because there is a lack of history and track record given since the project is new. These cryptocurrency projects often have no working product or technology before having their tokens released unto the market. Despite the unstructured data accounts and buyer beware centric atmosphere of ICOs, there are certain components of a project that has become the best practices for developing criterions for vetting a proposed ICO initiative.

Best Practices For A Successful ICO

The team behind the cryptocurrency project can inspire confidence within the community. Having experience and experts within each respective area of the business is a reassurance of professional management of the project. It is better than having a team of completely fresh individuals. While having an inexperienced team is not a red flag, it is in the project’s best interest to get the best people for the right job to increase the success rate.

The white paper must be detailing the problem statement, value proposition, points of differentiation, technology innovation, development roadmap, and team description, among other relevant information to the project. Having a vague and poorly written white paper is a warning sign for many potential investors. This is because the public has very little historical data to assess the project. Grammatical errors, copied information, and vague project description are all sloppy writing. They can hinder the traction of a promising project. More details regarding the key components of the white paper will be touched further in the article under the section, launching a project.

Have A Plan To Follow-up On Post-ICO Activities

This must involve activities such as bounties for bugs, translation, etc. Community management is also an essential function after the launch of the cryptocurrency to address the queries of the public and relevant stakeholders.

In recent times, ICO has taken on a variation called IEOs or initial exchange offerings. With IEOs, the fundraising takes place on an exchange platform instead of the project’s website. Regardless, the fundraising phase is critical for the project as a lack of capital can spell the end for future developments.

Cryptocurrencies are digital assets issued as a form of reward and designed as a medium of exchange for services gained on a platform or network. When creating a cryptocurrency, the developer or issuer has to consider the practical application of the cryptocurrency. There has to be utility and purpose for the token. Whether that comes from a proof of work or staking mechanism, the cryptocurrency has to be tied to the operation of the network and platform instead of being independent of it. As the creation of a cryptocurrency mimics an actual economy, numerous factors must be taken into consideration. These are mainly token schedule and token allocation.

What Are The Token Schedule And Token Allocation?

A token schedule will determine the total maximum token supply in the market that will affect the balance of demand and supply and by extension, the inflationary or deflationary effects on the token ecosystem. As a core consideration for ICOs, the token allocation will determine the number of tokens allocated to the project’s team, distributed during ICO, and other business operations. This token allocation will have an impact on cryptocurrency development. Also, the high concentration of tokens in an area might increase the risk of token dumping. This will have a drastic impact on its market value.

Building your cryptocurrency means starting an economy from scratch. There is a grey and abstract price discovery process. The determination of value for a freshly launched cryptocurrency is hard to aggregate. For this reason, the price of that cryptocurrency differs from one medium of exchange to another. Besides, the speculation and utility value of a cryptocurrency is vague to interpret. This is because the willingness of the market to pay for it determines the price of the token. Given the current supply, speculation plays a huge role at the initial stage where the utility functions are under development.

The aspirant seeking to create a cryptocurrency will also have to take note of regulations in the region. It will be tragic if an innovative idea gets grounded due to unfavorable regulations that could have been otherwise avoided if the project relocates development and creation of the cryptocurrency elsewhere.

The hype that the media gives highly romanticized the idea of launching a cryptocurrency. In reality, it involves complex ideas and foresight that have to work in synchronization with operations to turn it into a sustainable project in the long run. Earlier in the article, we briefly discussed the subject of white paper. An actual white paper is a piece of documentation that details various aspects of a project. In this section, we will focus on four essential topics that have to be present in the creation of cryptocurrency whitepapers.

Essential Topics In The Creation Of Cryptocurrency Whitepapers

There is a need for a proposed solution that justifies launching the cryptocurrency project after a clear problem statement. This solution needs to be realistic in development and implementation.

Moreover, this solution needs to provide points of differentiation for the cryptocurrency project. This is because, there might be more than one project or entity launching a cryptocurrency, trying to tackle the problem with their perspective. The competition will be a threat in this budding industry as there are less market share and capital to go around.

Ethereum is a decentralized application platform that allows the building of other applications on its network. Projects being developed on the Ethereum network are ERC-20 tokens. They require Ethereum’s native token, Ether, to power.

ICOs In A Bear Market

With a good state of the cryptocurrency market into a bear market, is it still viable to launch an ICO in this macro-environment?

That question is difficult to answer, for there are still success stories despite the market downturn. During the ICO craze, there was a lot of interest in cryptocurrency and ICOs. As a result, the creation of a cryptocurrency in that bull market will have access to more funds. The hype brought a lot of public participation. Consequentially, the likelihood of a successful ICO was higher in the positive atmosphere. However, markets do not rise forever, and when corrected, there will be panic and pessimism in the market. This, in turn, affects ICOs as the tone of the market became more conservative.

A lot has changed since the ICO hype. And despite the bearish market, the style of fundraising has evolved to favor IEOs over ICOs. In an ICO, conducting fundraising is at the website. It belongs to the cryptocurrency creators where the project itself manages the smart contracts. The cryptocurrency project will also have to inure high marketing cost to gain awareness and conduct its regulatory compliance such as AML and KYC. After which, it has to engage an exchange for listing the newly launched cryptocurrency. With an IEO, the exchange does the fundraising and smart contracts on its platform. Besides, marketing cost is relatively low as the exchange will have its advertising of the IEO. The project engaging in an IEO will also face fewer obstacles in meeting regulation standards and listing on an exchange.

The creation of a cryptocurrency is a complex and long process, and this article can only serve as a brief cryptocurrency development tutorial. As the market and blockchain technology matures, the methodology for coding for a cryptocurrency will change. As such, an aspirant will have to constantly monitor and study the field to keep pace with this new and exciting industry. 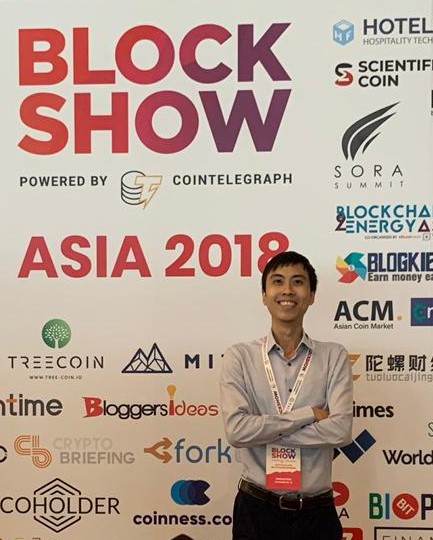 Microsoft Rewards: Everything You Need To Know 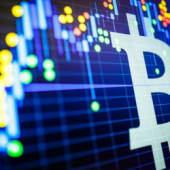 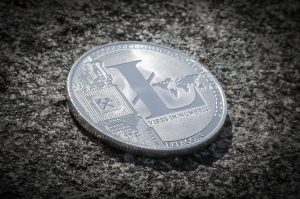 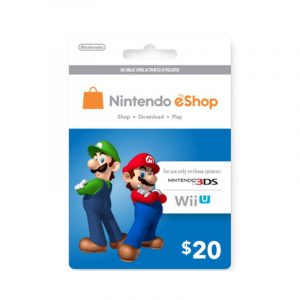