Peer-to-peer (P2P) file-sharing refers to the distribution and sharing of various kinds of digital media. Such files are stored and found across separate computers connected to a P2P network. Peer-to-peer file-sharing technology has evolved throughout the years. However, the BitTorrent protocol has remained the most popular method. It’s more widely and commonly known as torrenting. This file-sharing process is still a very much relevant channel as well as a contentious issue today. Numerous programs and websites have sprung out since torrenting and torrents became a favorite choice for downloading content for free. Torrentz2 is one of the go-to torrent sites of many users. It offers a simple and quick fix to acquiring one’s desired content. Of course, several governments have blocked access to it. As a solution, these verified and working Torrentz2 proxy and mirror sites will help you unblock it.

Just to clarify right off the bat, Torrentz2 is unlike any other torrent website. It’s actually a BitTorrent metasearch engine or aggregator. In layman’s terms, Torrentz2 searches other search engines. It indexes torrents from over 80-plus torrent sites on the Internet. Among these are from major ones like The Pirate Bay, Kickass Torrents, 1337x, and RARBG. Contrary to popular belief, Torrentz2 doesn’t host .torrent files. It only retrieves such data and presents them to the user. Therefore, this avoids the inconvenience of having to individually check every torrent site. The torrent metasearch engine also offers lists of different trackers that weren’t automatically included in the default .torrent file. Hence, other trackers could resume the download when others are down.

However, if you sign up to Amazon Prime you can enjoy numerous TV shows and movies in an instant.

Origins from Torrentz to Torrentz2

Torrentz was founded on July 24, 2003. It was based in Finland and run by an individual only known by the alias Flippy. The torrent site made waves slowly but surely. It served a community of followers, reaching numbers of over a million users. This was due to new features and improvements done as the years went by. However, November 2008 saw hackers take over the torrentz.com domain using fake papers. Site administrators soon resolved the issue by setting up the backup domain torrentz.eu. As US authorities seized the domain names of various torrent sites, torrentz.eu became the search engine’s default domain on December 18, 2010.

Torrentz experienced both highs and lows during the following years. Paramount Pictures requested the site’s removal from Google’s results pages in 2013. Its domain name was also shortly suspended in 2014 as requested by the Police Intellectual Property Crime Unit of London. Despite all of these, Torrentz still had loads of visitors per day. This led to the site being hailed as the “Google of torrents.” With takedown procedures in place, the search engine was surprisingly shut down by its operators on August 5, 2016. Kickass Torrents, one of the all-time biggest torrent sites, also closed down around the same time. After operating for over 13 years, Torrentz displayed a final message on its site that read: “Torrentz was a free, fast and powerful meta-search engine combining results from dozens of search engines. Torrentz will always love you. Farewell.”

Several days after Torrentz’s closure, Torrentz2 was launched as a substitute using the domain torrentz2.eu. It indexed 60 million torrents at the start. Authorities inevitably discovered the new site. Access is currently blocked in countries such as the United Kingdom, India, Italy, Denmark, Finland, the Netherlands, Portugal, and Ethiopia.

Torrentz2 has always been very honest with its followers. It never declared itself as an official revival of Torrentz. The site operator even expressed that “we always wanted to operate a site as beautiful as the original Torrentz site so recreating it was the only way to do it.” Torrentz2 duplicated the overall look and functionalities of Torrentz. However, the former operates its own metasearch engine. It also boasts of indexing more torrent files and sites than its predecessor.

The torrent search engine arguably offers the simplest design and user interface among all sites. Visitors are welcomed by a search panel and a user menu above it. Users aren’t required to register with the platform before searching for a specific file. To perform a search, visitors just have to type-in keyword strings inside the autocomplete-enabled search bar. The search will kick-in either by clicking the search button or pressing the ‘enter’ key on the keyboard. On the other hand, there are also three user menus (Search, myTorrentz, Help) present at the top of the homepage. Two of which will lead you to search results lists and popular search tags.

Clicking the Search menu will direct you to a list of search results which you can filter. These filters are by age (one day, three days, one week, one month), adult content (on or off), quality (any or verified), and order (peers, rating, date, size). Accessing the myTorrentz menu will lead you to top-ten lists sorted by filters. These also include fresh popular torrents and weekly bests.

Finally, selecting a torrent from the results will usher users to another page listing the sites hosting the chosen torrent. In turn, users will be redirected to such torrent sites to begin their content downloads.

You can now unblock your favorite torrent metasearch engine with these newly updated and verified Torrentz2 proxy and mirror sites:

Using Torrentz2 proxy and mirror sites is the quickest way to gain access to the blocked torrent search engine. Proxy servers are independent websites that act as an intermediary between the Internet and a user. They allow you to enter specific sites as they hide your IP address to unblock restrictions. Mirror sites are plain clones of an original site having a different domain name and server. Aside from these two, there are other options in unblocking the Torrentz2 search engine.

A virtual private network or VPN hides your identity and actual location by swapping your real IP address with a different one. Its encrypted tunneling comes with numerous security measures that prevent malware attacks and government inspections.

The Tor browser is the second alternative. The Onion Router was originally developed by the US Navy to protect intelligence communications. At present, it’s a free program that hides a user’s IP address behind numerous networks when sending or requesting information online.

The list of Torrentz2 proxy and mirror sites supplied above are purely for informational purposes only. In no way does this site and article promote using such as ways to illegally download copyrighted content of any form. 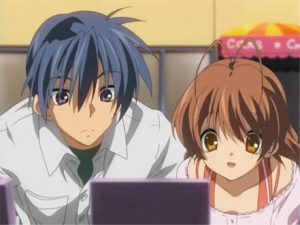 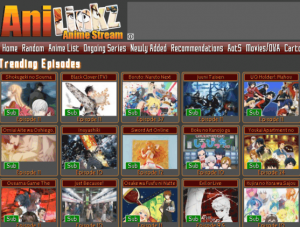 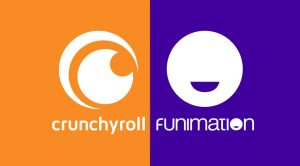 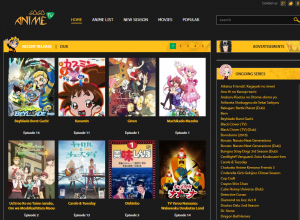